MTA Rep.: ‘We Are Forgotten’

As the Metropolitan Transportation Authority, which operates Metro-North commuter trains, works on a service and facilities plan for 2020 to 2024, Putnam legislators said they want to make sure the county’s needs are being heard.

One challenge is that Neal Zuckerman, a Garrison resident who represents Putnam on the 17-member MTA board, shares a single vote with the representatives from Dutchess, Orange and Rockland counties.

“We are forgotten,” Zuckerman told legislators on Aug. 20 during a meeting of the Physical Services Committee. “We are not attended to by the MTA the way that I would like us to be.”

He added that “even if we had four votes, it is about how throaty we are. It’s about how much we yell and demand things.”

Zuckerman said there are four issues the MTA “desperately needs to work on”: safety, price, service and sustainability of the system.

One legislator knows more than anyone about the importance of safety for Metro-North riders. Nancy Montgomery (D-Philipstown) lost her husband, James Lovell, 58, in a derailment on the Hudson Line on Dec. 1, 2013.

“Nancy suffered more than anybody I know from the MTA’s lack of attention to safety,” said Zuckerman. “If positive train control [an automatic braking system] had been implemented early in its day — the original deadline was certainly before December 2013 — Jim would still be with us.”

According to Zuckerman, although the MTA missed its 2018 deadline for installing PTC, progress is being made toward a new deadline in 2020.

“Through gubernatorial inputs, my activism, and I think the real federal deadline they have in front of them, it will get done,” he said. “But it has not been a pleasant experience.” 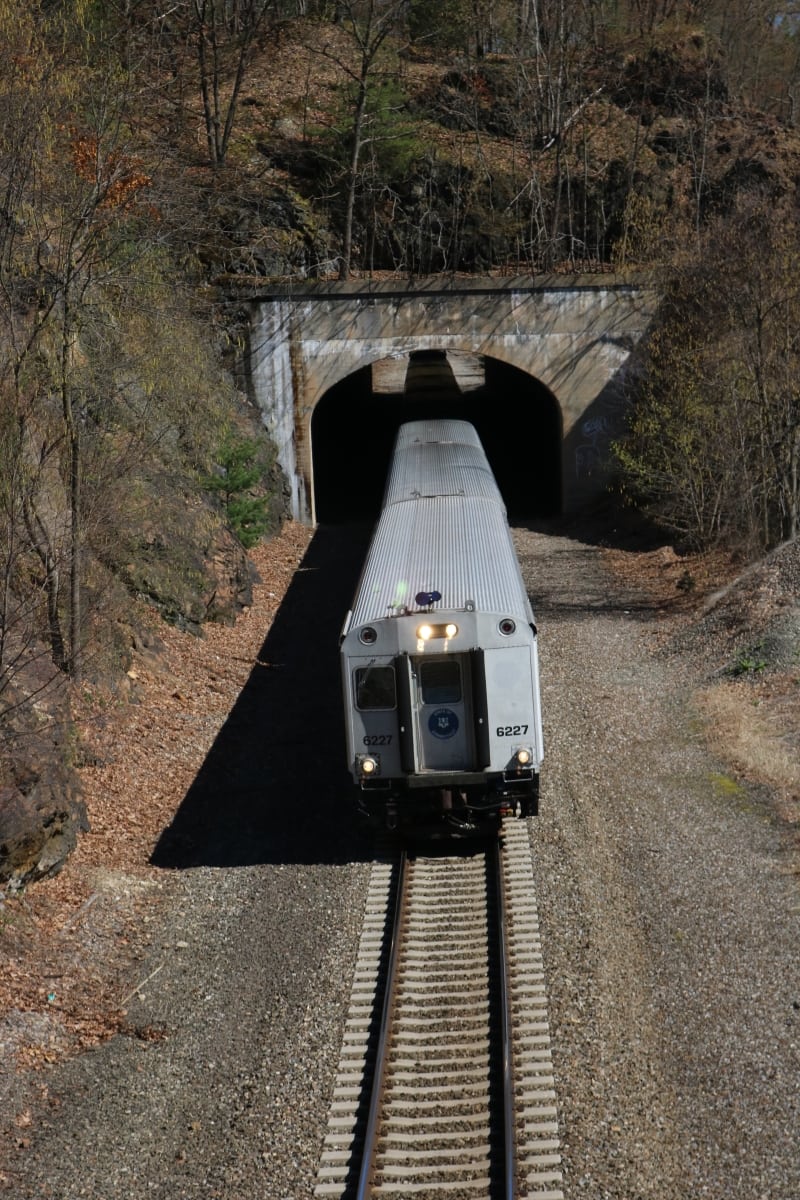 When it comes to pricing, Zuckerman pointed out that Putnam commuters pay some of the highest fares across the MTA, at $437 to $475 per month, or $5,000 to $6,000 annually without accounting for parking fees.

At the same time, he said, three of Putnam’s five stations — including Garrison — need repairs and the service is infrequent and with limited options for New York City destinations. He described it as “those paying the most getting the least.”

The Hudson Line has seen a surge in popularity, with ridership growth exceeding both the Harlem and New Haven lines, he said.

“If Long Islanders can access Grand Central Station after an $11 billion investment in East Side access, a small investment through existing tracks should be worthy of exploration for Metro-North riders,” he said. “We must start to increase service to our region as it grows in population.”

Zuckerman encouraged Putnam lawmakers to lobby for repair of the 125st Street/Harlem viaduct, which he called “a bottleneck” that leads to system-wide delays.

“It is making Putnam County not an easy place to commute from,” he said. “The last thing we want to be is a vacation home.”

The Legislature agreed to draft a letter to the MTA outlining the county’s needs.

Sheriff Robert Langley Jr. on Aug. 20 asked legislators to outlaw edibles that contain cannabidiol, or CBD, a chemical compound found in both hemp and marijuana.

The 2018 federal Farm Bill legalized CBD extracted from hemp, which has very little THC, the ingredient that produces the high. CBD derived from marijuana remains illegal.

“We are all aware that CBD oil is legal — you can buy it anywhere in New York state,” said Langley at the Legislature’s Health Committee meeting. “The problem is they’re putting CBD oil into food products” such as gummy bears, lollipops and cookies.

The Food and Drug Administration has banned the sale of food with CBD, but only if it’s produced in one state and sold in another. CBD products also cannot be marketed as dietary supplements.

Langley said the biggest problem is that people who consume food products containing CBD cannot be certain of its ingredients, which in some cases contain synthetic chemicals. As of July 31, poison control centers around the country have reported 781 calls related to CBD products, compared to 118 in 2017.

After hearing Langley’s request, Legislator Carl Albano (R-Carmel) said that “it seems like a logical approach to put something on the books.” The sheriff said he was not targeting CBD oil sold as a health product.

Montgomery suggested the county find out where state legislators stand on the matter. “They’re going to pass something eventually, I would imagine,” she said. “Why double the work?”

In fact, both the Senate and Assembly passed a bill in June to regulate CBD products but it has not been delivered to the governor.

With two federal grants to prevent opioid overdoses expiring in September, the Communities That Care Coalition/Prevention Council of Putnam told the Health Committee on Aug. 20 it hoped to receive state grants to replace the funds.

“We are the constant that the community relies on and we know, right now, more than ever, prevention needs to be a priority for our youth,” said CTC Director Kirstin McConnell. “We’re in a little bit of a pickle” as the group waits for funding.

“We need to sustain infrastructure,” she said. “We’ve built an empire in prevention that I’m proud of, but we can’t do it alone anymore. We’ve relied on federal funds for a long time and those funds are either running out or they just aren’t available anymore.”

Mike Piazza, the commissioner of the county’s Department of Social Services and Mental Health, said that while the state has put prevention “on the back burner,” a meeting he and McConnell had with representatives from Montefiore Medical Center and Columbia University left him hopeful about funding.

The National Institute on Drug Abuse is earmarking $86 million to study ways to get resources to 16 counties in New York, including Putnam, that in 2017 reported per-capita overdose deaths nearly double the national average.

Piazza said $4 million will go to the Montefiore Health System and Albert Einstein College of Medicine, which, along with Columbia, will participate in a National Institutes of Health initiative to reduce overdose deaths by 40 percent over three years.

Piazza said he hopes to have good news to report in September, before the county executive presents her tentative 2020 budget in October.

McConnell said a survey that CTC has conducted since 2008 to measure teen drug use has seen the reported use of alcohol in the past 30 days drop 32 percent, tobacco down 86 percent, marijuana drop 2 percent, and binge drinking down 50 percent.