Village given new lawyer; proceedings to extend to 2020

A federal court on Monday set a timetable that stretches into next year; the village last week acquired a new attorney; and the judge earlier this month quashed preliminary competing requests for a summary judgment, or victory without a trial.

Homeland Towers LLC and its partner, Verizon Wireless, sued the village in June 2018 after the village Planning Board and Zoning Board of Appeals rejected applications for a 110-foot cell tower overlooking the Cold Spring Cemetery.

The same day, AT&T Mobility, which planned to rent space on the tower for its equipment, separately sued the village, calling the tower denial an “arbitrary and capricious” abuse of power. The two cases were bundled before Judge Vincent Briccetti in U.S. District Court in White Plains. 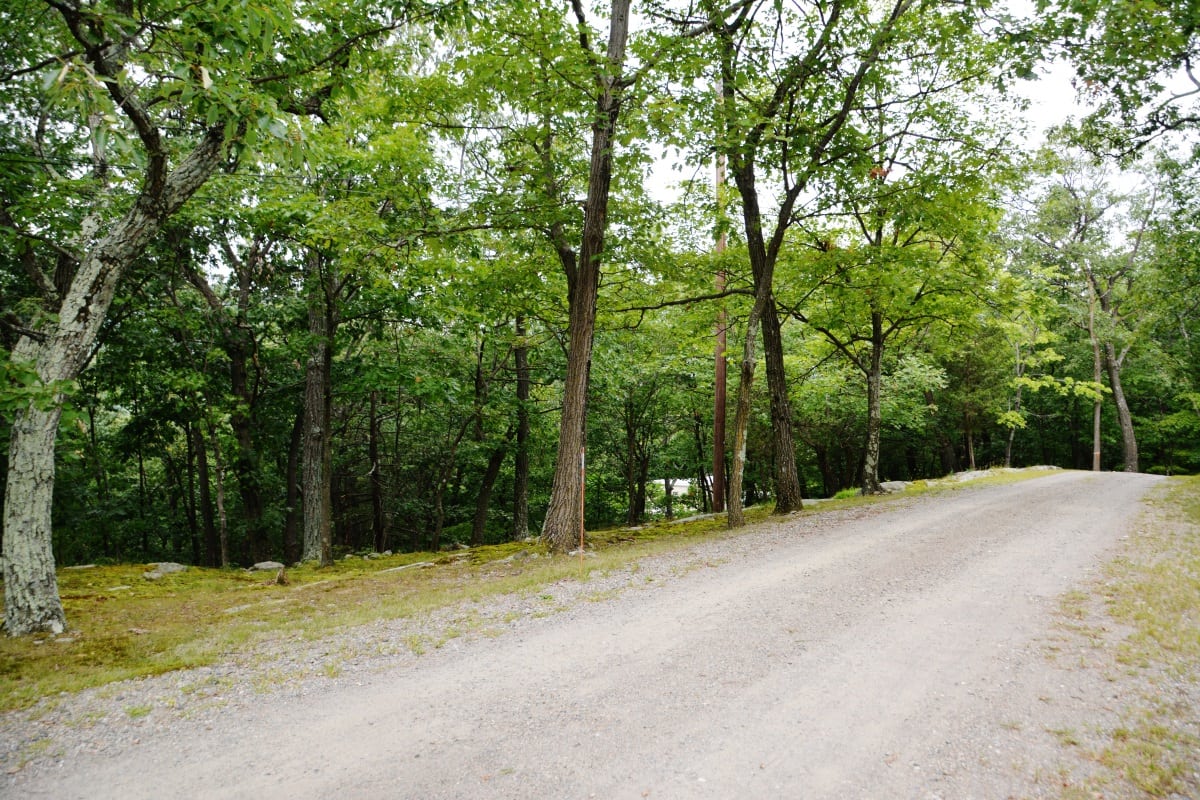 The proposed cell tower would go a tract of land roughly in the area off to the left, on Rockledge Road. (File photo by L.S. Armstrong)

Nelsonville’s lawyer, Terry Rice, informed Briccetti on Tuesday (Aug. 27) that due to a heavy caseload, he had transferred the lawsuit to another attorney, Adam Rodriguez, with the village’s consent.

Rodriguez represented Philipstown in the similar lawsuit filed by Homeland Towers and Verizon after the town refused to allow a 140-to-180-foot cell tower near the intersection of Routes 9 and 301. In July, under Briccetti’s supervision, the two sides settled, clearing the way for installation of a 120-foot tower.

According to Rodriguez, Briccetti on Aug. 26 instructed the cell tower companies to re-submit their summary judgment motion by Oct. 11; directed the village to file its cross-motion, or response, by Dec. 11; and set a deadline of Feb. 18 for any ensuing arguments.

Before turning the case over to Rodriguez, Rice prepared the village’s request for summary judgment, noting that the Philipstown settlement changed the equation because the impact of the new tower on the service gaps claimed by Homeland and Verizon “has not been analyzed” and “significantly affects the claims.”

Briccetti “terminated” both summary motion requests on Aug. 12 and ordered the litigants to attend Monday’s conference to organize the calendar. Each side’s summary motion request addressed questions on prohibiting wireless services and regulating visual impacts, as well as other issues, any of which could resurface in re-submitted motions.

In the request for summary judgment by Homeland Towers and Verizon, Robert Gaudioso, Homeland’s attorney, claimed that although federal law says local governments “shall not prohibit or have the effect of prohibiting the provision of personal wireless services” or the “ability of any entity to provide any interstate or intrastate telecommunications service,” Nelsonville “forced” Homeland and Verizon “to comply with the village’s unlawful exercise of discriminatory, multi-tiered, discretionary requirements,” resulting in “substantial, unreasonable, and unjustified delay and denial” of the cell tower applications.

Conversely, Nelsonville argued that “the prohibition-of-service claim is baseless”; that cell “towers remain subject to local zoning laws”; and that Nelsonville’s laws contain “nothing unusual or discriminatory toward telecommunications.”

Homeland Towers and Verizon also contended that the developers “considered several alternatives and offered mitigation for the [tower’s] visual effect and complied with the Village Code to the extent it was technically feasible, thus making the facility at the proposed location,” 15 Rockledge Road, on a ridge above the cemetery, “the least intrusive to the village.” Yet, they added, “there was nothing [they] could have done or offered that was technically viable and would receive approval” from Nelsonville.

Nelsonville said it rejected the application because the tower violated local code requirements that a cell tower “not have a significant adverse impact on scenic or historic resources.” The village likewise maintained that, as federal courts have recognized, “aesthetics are a permissible basis for denial if there is ‘more than a scintilla of evidence’ of a negative visual impact.”

One thought on “Nelsonville Cell Tower Case Moves Ahead, Slowly”