On Aug. 30, the 11 Democrats on the 25-member Dutchess County Legislature, including Nick Page and Frits Zernike, whose districts include Beacon, released the letter below. It was circulated by Legislator Rebecca Edwards (D-Poughkeepsie), who said she was disappointed that only one Republican — Dale Borchert of LaGrange — agreed to sign.

We, the undersigned Dutchess County legislators, generally focus our attention on county government and do not comment lightly on national affairs. As elected officials with public responsibilities, however, we feel called to disavow comments made on July 14 by President Donald Trump, claiming that a group of his political opponents — elected congresswomen, all women of color — “came from countries whose governments are a . . . catastrophe,” and telling them to “go back,” proposing that their caucus leader make “travel arrangements” to remove them from the U.S.

The four congresswomen to whom he referred are all, of course, U.S. citizens. One was born in New York, one in Michigan and one in Ohio. The fourth, born in Somalia, came to the U.S. at age 9 after being displaced by war and spending four years in a Kenyan refugee camp. She lived briefly in Virginia and since then in Minnesota, and she became a U.S. citizen 19 years ago. 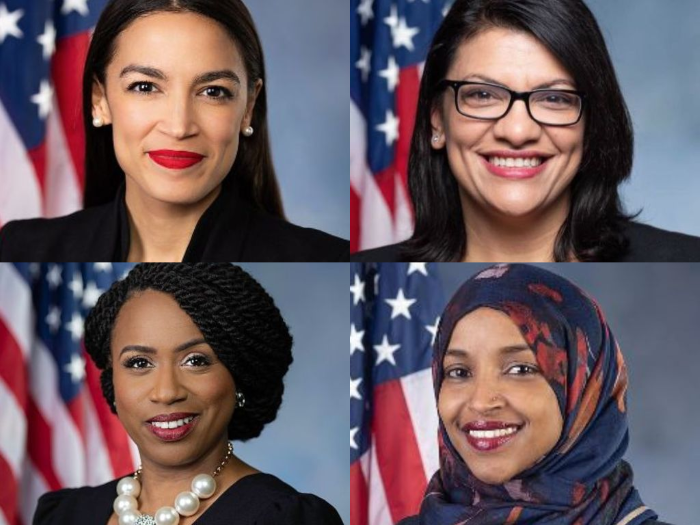 Elected officials may disagree on many issues, heatedly. We may not always like one another personally; that is not a requirement of the job. Our constituents, however, have a right to demand that we work together professionally and show mutual respect. For one public official to suggest that others are not Americans and, on the basis of their identities as people of color, can be “sent back,” should be utterly beyond the pale of political discourse. It is unpatriotic and unacceptable.

According to the Census Bureau, more than a quarter of Dutchess County residents are people of color. About 12 percent are African-American or Caribbean-American, 12 percent are Latino, 4 percent are Asian, and 0.6 percent are American Indian. An additional percentage of us — probably much higher than census data captures — represent a blend of multiple races and heritages, as has always been the case in a nation of diverse peoples, immigrant and native-born, who as early as the 1600s blended our lives and fortunes together.

In addition, thousands of Dutchess County residents belong to immigrant traditions and religious faiths — from Irish and Italian Catholic to Jewish, Muslim, Mormon, Baha’i, Sikh and others — which in prior eras of history, if not also today, have been marginalized and persecuted.

We wish to state publicly that we respect all those who practice the privileges and responsibilities of U.S. citizenship, irrespective of heritage, race, creed or political affiliation. We welcome full participation by all citizens, at all levels of government, and we pledge to represent every constituent fairly and equally. When we achieve that goal, we represent the best that our nation can be.

On Sept. 1, the Dutchess County Republican Committee issued a response:

The Dutchess county Republican Committee today called out the actions of the Democratic county legislative caucus, which is resorting to cheap political “gotcha” tactics despite its own well-documented history of circulating junk news.

“The people of Dutchess County expect a certain level of maturity in their elected officials,” said Katy Delgado, press spokeswoman for the Dutchess County GOP. “Legislator Rebecca Edwards’ holier-than-thou attempt to paint her Republican colleagues as intolerant by injecting national politics rather than doing the work she was elected to do is pathetic and totally hypocritical.

“She and her colleagues must have short memories: Just last year, county Democrats invoked the mental health of one of their own political opponents when they launched a false attack insinuating that Legislator Faye Garito was mentally unfit to serve. They even despicably released Ms. Garito’s Social Security number to the public. [1] These attacks were hateful, stigmatizing and discriminatory. Yet Legislator Edwards and her colleagues now see fit to lecture all of us on respectful public discourse.

“Respectful discourse is important,” said Delgado, “and the toxic vitriol that is poisoning our national politics can’t be allowed to seep into local politics as Legislator Rebecca Edwards is trying to do. The kind of hypocrisy she and her Democrat politician colleagues are exhibiting is exactly why people are fed up with partisan politics. Legislator Edwards and the rest of her caucus need to quit the childish games and start doing their jobs.”

[1] During a campaign last fall for the seat representing Beekman and Union Vale, Garito accused her Democratic opponent of promoting a website that said the Republican had gone to a hospital for mental-health treatment. Garito decried the post as an invasion of privacy, saying she had sought help for “temporary anxiety and high fever brought on by a urinary tract infection.”

3 thoughts on “Call and Response”