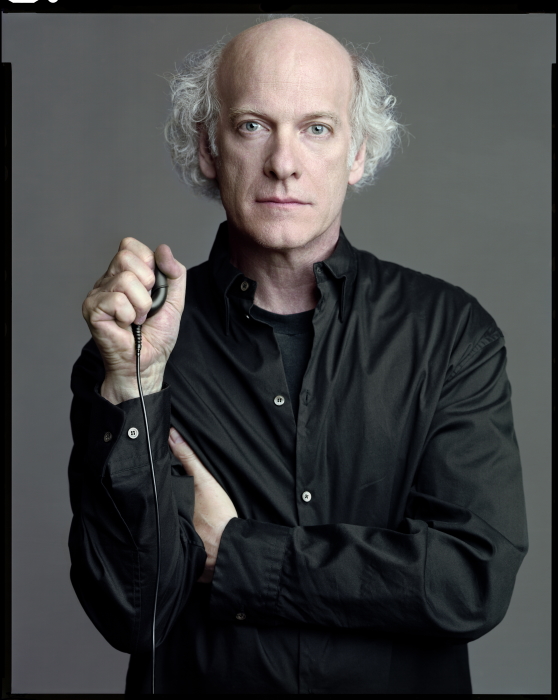 Timothy Greenfield-Sanders, who lives in Putnam Valley, is a photographer and filmmaker. He will screen his 2012 documentary, About Face: Supermodels Then and Now, at the Tompkins Corners Cultural Center at 7:30 p.m. on Friday, Sept. 13.

Is it harder for people to “reinvent” themselves when they are known for something fleeting, such as beauty or athletic prowess?
It’s much harder. You are often judged harshly. What I found is that the women understood that their moment would come and go and that they needed to figure out other ways to make a living, and to remain vital in their own minds. Many of the models discuss the struggle, as they age, to present themselves to the world as the person that they are, not just the beauty that they are.

With the commercial definition of beauty expanding to include blurrier gender and racial lines, will this extend to age? Or is it advertising’s final barrier?
At the end of the film, Carmen [Dell’Orefice, 88] addresses that question. I would imagine that if there is money to be made from the AARP-plus audience, advertisers will go there! What’s changed since the film is the way that products are advertised, such as the power of Instagram, personality branding and influencer-driven promotion. People who are not app-savvy and internet smart are less aware of the latest thing. How lucky!

The most recent of your 13 films is Toni Morrison: The Pieces I Am. What was important to convey about her?
Making a feature film requires an enormous amount of research. Toni lived a monumental life. Aside from her renown and power as a writer, she was a highly regarded book editor, an influential educator and a single mother of two boys. We very much wanted all of these sides of her to be presented in the film. She also made the best carrot cake in the world, according to our research.

Morrison once said to you, “I always let myself be open to you as a photographer.” Why do you think she did?
Good portraiture is an odd combination of technical know how and artistry. But a third factor is an ability to get your subject to trust you. It starts from the moment the subject enters the studio. It involves creating an atmosphere in which the sitter, once on the set, feels good about him or herself and about you, the photographer. I’m always very aware of that balancing act.