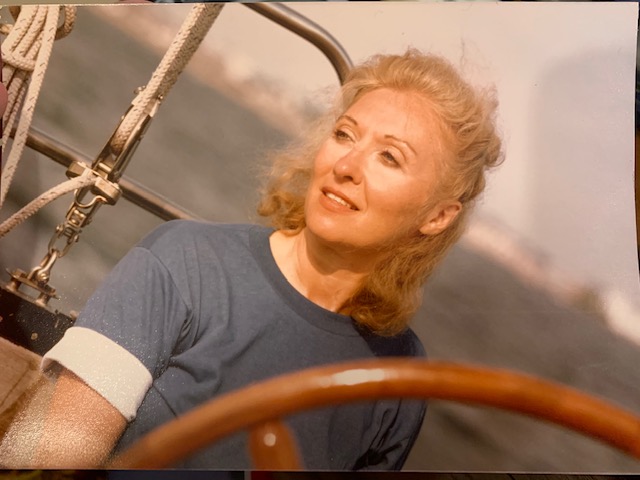 Born June 19, 1932, in Brooklyn, she was the daughter of William and Helen (Hoffmann) Trenkle. She grew up in Queens with her two sisters, Mary and Helen. After graduating from Marymount College with a bachelor’s degree in fine arts and completing two years of graduate studies in fine arts at Columbia University while she worked as an administrative and legal secretary, Anne moved to Westchester County.

There she used her administrative abilities by heading a variety of fundraising and political organizations. Anne was elected twice to public office in Westchester, where she served on the Hastings Town Board as a trustee. She was also appointed district representative by Rep. R.L. Ottinger and served on one of his governmental advisory committees.

In 1972 she moved her family to Garrison, where she worked for Galligan Real Estate, then went on to further her education earning her Juris Doctor from Pace University. After passing the bar exam, she was accepted into the state bar, working for David, Schreiber and Associates in New York City. Later she partnered with Arie David to form David and Associates in New York City while continuing to broker both domestic and foreign real estate.

Anne was also very community-oriented in Philipstown, having volunteered for the Garrison Ambulance Corps, serving as secretary for the Wetlands Advisory Committee, as chair of the Zoning Board of Appeals, as office manager of the Constitution Island Association and as an elected state assessor.

Anne was a talented artist and was awarded first prize in mixed media in a show at the Kansas City Museum. She was one of the first employees at Tallix Foundry when it was located in Peekskill, as well as the author of the Book of Riverside Poets.

Born April 6, 1923, in Newburgh, she was the daughter of Kenneth and Elizabeth (Darrow) Jaycox. She was a member of the Cold Spring United Methodist Church. She married Chester Robinson, who died in 2002.

Friends may call on Wednesday, Sept. 11, from 5 to 8 p.m. at Clinton Funeral Home, 21 Parrott St., in Cold Spring. A funeral service will be held on Thursday, Sept. 12, at 10:30 a.m. at the funeral home, with burial to follow in Cold Spring Cemetery.

Stuart lived in Manhattan for many years and attended Hartwick College and Pace University. He was the chef and owner of the Cold Spring Depot for 30 years before his retirement in 2015.

He is survived by his siblings, Janet Olszewski (Edward), Joann Rasera (Louis), Linda Coonrad (David) and Steven Schefers (Denielle). A memorial service is being planned.