Simon Dudar, now in his 10th season as the coach of the Haldane team, says his 2019 squad is one of the deepest and most competitive he’s had.

“We have 13 girls, and this is probably our deepest team,” Dudar said. “The players are making each other better.” 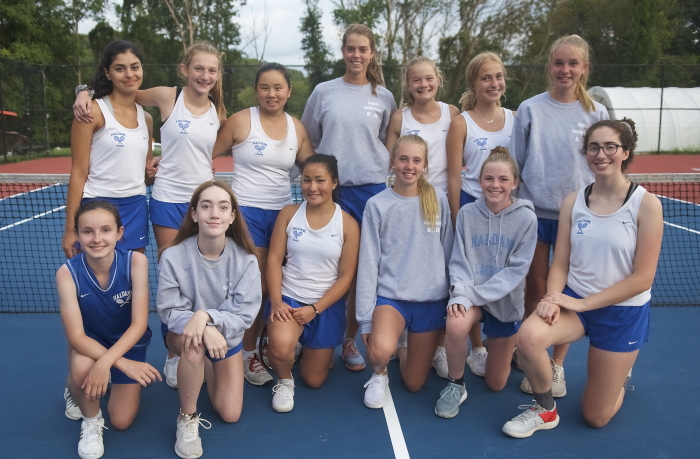 O’Hara and Nelson are off to a 5-0 start. “We’re hoping they can continue and make the conference tournament,” Dudar said.

The coach said he also expects great things from his singles players. “We’re hoping we can compete for a top spot in the league,” he said. “It would be exciting to make the league tournament.”

The Blue Devils began the season with three losses, falling to Croton and twice to Carmel but defeating Valhalla, 5-0, on Wednesday (Sept. 11).