Blue Devils ranked No. 3 in state

The New York State Sportswriters Association on Sept. 22 ranked the Blue Devils the third-best Class C team in the state, behind Stillwater and Little Falls.

Beacon is 1-8 after dropping a 4-0 decision at Hendrick Hudson the day before its loss in Cold Spring. 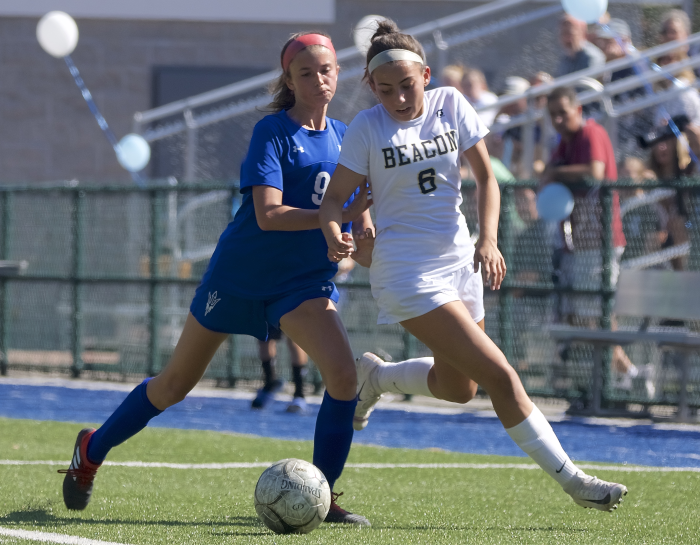 In the Sept. 21 game at Haldane, the Bulldogs took the early lead when Claire Derrenbacher scored in the eighth minute, assisted by Maddie Bobnick.

But the Blue Devils tied the score just under two minutes into the second half when a shot by Anna Rowe took an odd bounce over the goalie.

With Haldane controlling play, the Blue Devils struck again in the 50th minute, when Jade Villella scored off a pass from Sophia Scanga. Villella added a solo insurance goal in the 68th minute.

“Beacon came out strong,” said Haldane Coach Steve Schweikhart. “We got a fortunate bounce on Anna’s goal, and that seemed to put us over the top.

“Jade once again showed how valuable she is to our team,” he added. “She is a threat to score from just about anywhere.”

Beacon Coach Hugo Alzate said his team “just ran out of gas. Haldane did a great job of turning up the pressure.” 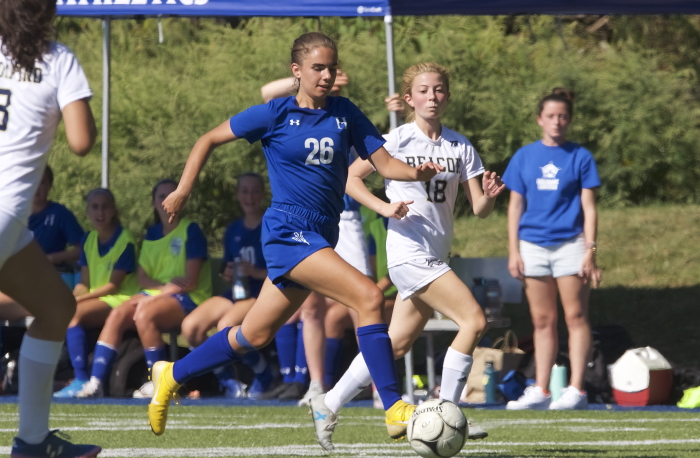 “It’s not easy having to develop a new lineup and new strategy every game,” Alzate said. “But the girls have stepped up.”

In Haldane’s win at Peekskill, Villella had three goals and an assist, Scanga had a goal and an assist, Chloe Rowe had an assist, and Platt had two saves. “It was not the most artistic of games,” Schweikhart said. “We need to be better at matching our opponent’s work rate and physicality.”

Villella had three goals in the first 14 minutes against Putnam Valley. Bela Monteleone had a goal and an assist, Chloe Rowe had two assists and Scanga had one. The Haldane defense did not allow a shot on net.

Haldane is scheduled to visit Pleasantville on Saturday, Sept. 28, and Beacon next plays Tuesday, Oct. 1, at Lourdes.