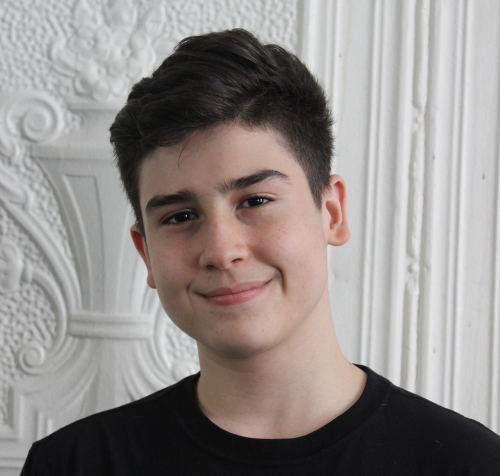 Nathaniel Ramos (Photo by A. Rooney)

Nathaniel Ramos, 14, is a freshman at Beacon High School. He has studied ballet since he was 7 years old, including for the last three years at Ballet Arts Studio in Beacon.

Did you wake up one day saying, “I want to study ballet”?

I got into tap first. I always wanted to dance, but I wasn’t sure where to start. I watched movie musicals, especially ones with Gene Kelly, because he’s a tapper who also does ballet and jazz — he’s just everything. I kept being told that everything in dance comes from ballet. I enjoyed the leaping and the turning; I felt powerful. It’s a good way to express yourself. But I also take jazz and tap. I don’t enjoy one over the others.

Were there other boys in your early classes?
Never. As the only boy you get treated differently in class, which I never disliked. Sometimes the dance would be changed slightly. Now we have a boys-only class, so the steps are more focused on the moves you would see men doing in a professional company.

What about ballet, physically, would surprise people?
The amount of arm strength it takes. You can do beautiful stuff with your feet, but if your arms aren’t a part of it, it’s worthless. Partnering is hard, too. Someone has to catch the girls. It’s not easy.

Do you get teased?
No. I’ve never hidden that I study ballet. Everyone always knew I was doing theater, so the dance was part of that. Everybody should find a place for dance in their life. Your body is meant to move. Few people are able to do ballet easily, so anyone who chooses ballet should be applauded.

Has ballet helped your acting and singing?
I don’t think I would be a good performer without dance. Sometimes you get to combine dance and drama, like at our recital last year when I played Dracula. I hadn’t done something dark and crazy like that. Everything was very sharp, in unison. We have started rehearsals at school for Rock of Ages, which is our musical this year. There are crazy things like jumping from my knees back to my feet that I know my body wouldn’t have been able to do except for ballet. And everyone loves a good kick line!