Newburgh eatery a hit with locals

It would be a gross injustice to write off Tony’s Newburgh Lunch as a greasy spoon or hole-in-the-wall. It has too much character, and too much history, along with food that customers love, a “spicy” mystery and prices that are a throwback to a bygone era, from $2.50 hamburgers to $1 coffee.

The most expensive item on the menu is a $5.45 omelet. 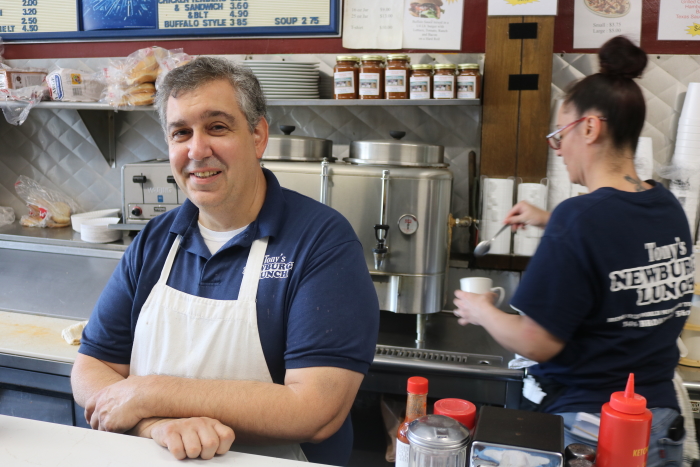 Owner Tony Tsangarakis has been working the front-window grill since 1995 when he left his job as a computer programmer at St. Luke’s Hospital in Cornwall to help his 82-year-old father, Steve, run the restaurant.

After operating his Texas Wieners grill farther down Broadway for 25 years, Steve Tsangarakis moved the lunch spot to 348 Broadway in 1969. That’s 75 years of hotdogs, and counting. 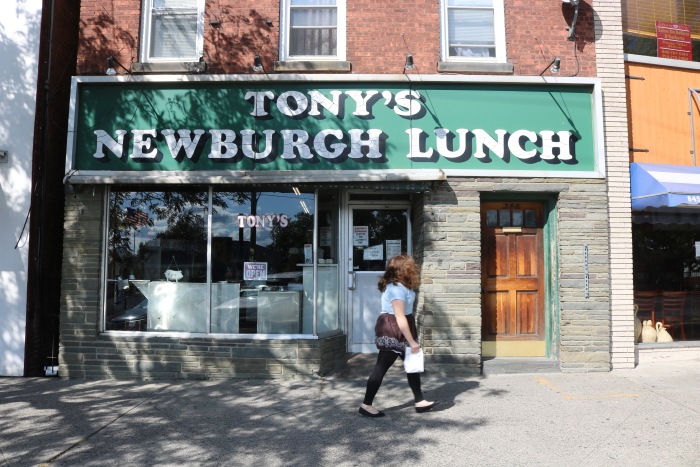 Tony’s is located at 348 Broadway in Newburgh. (Photo by M. Turton)

Burgers and dogs are the mainstays, but it’s Tony’s Texas Sauce that provides the mystery. It finds its way onto nearly every menu item and enjoys brisk sales by the jar. “Nobody knows where it came from,” insists Tony. He would only reveal that the recipe, which his dad modified years ago, has no beans.

The long, narrow restaurant includes 12 old stools at the counter and four small tables. The décor is in the “quirky-and-nothing fancy” motif. Photos cover one wall and provide glimpses of old Newburgh, from a pre-presidential Dwight D. Eisenhower arriving at Stewart Airport and the Ritz Theatre marquee announcing the film Carousel, starring Gordon MacRae and Shirley Jones, to a 1961 Dutchess ferry fire and Broadway packed with spectators watching a parade. 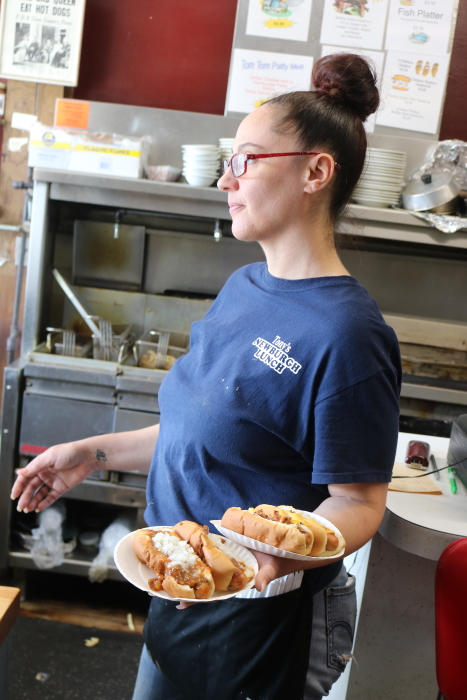 “A customer brought in the first photo years ago,” Tony says. “And they just keep bringing them in.”

A small bulletin board features a flyer from a long-ago visit to Newburgh by Buffalo Bill Cody, a customer’s painting of the restaurant’s exterior and a paper star indicating that Tony’s participates in the Star Project. When a customer contributes the cost of a hot dog, Tony puts a star on the board. If a homeless person in need of a meal comes in, he or she can exchange a star for a dog.

Marshall Robinson is among Tony’s many regulars. “I’ve been coming here since I was a kid; I went to school with Tony,” Robinson said. “I don’t like him — just his food!” he quipped. 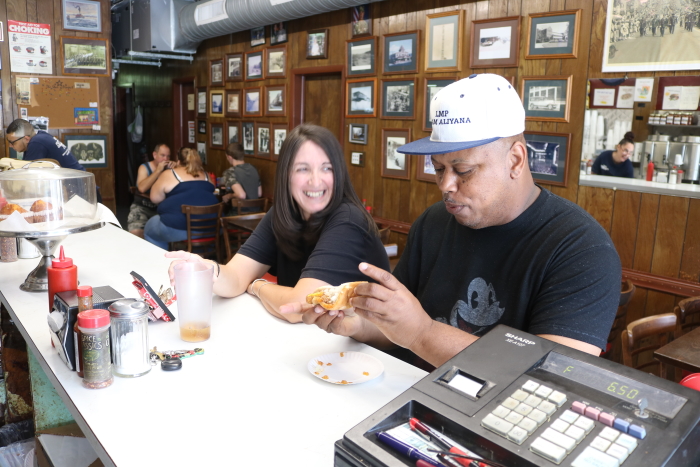 Another regular, Felicia Papatsos, said she loves to visit because “they’re never down here. Everyone’s always joking, laughing, picking on each other,” she said. She recommended the hot dog omelet.

Amanda Smith works the counter and tables. “Our regulars keep us going, and we have our share of characters,” she said, including Papatsos, who happened to be within earshot. “Felicia is against pretty much everything,” Smith said with a laugh. “But I love her!” 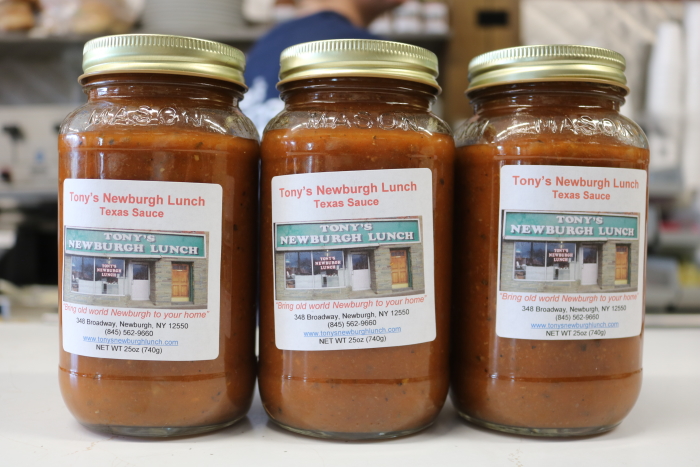 Smith pointed to the wall behind her where three other characters are immortalized for the records they hold for most food consumed within an hour: 21 hot dogs, 15 cheeseburgers and eight Tom Toms (grilled cheese with chopped hamburger, bacon, onion and sauce).

Tony is a fixture at the grill, flipping burgers and hot dogs while fielding calls for takeout orders. He works Monday through Saturday; Tony’s is closed on Sunday. “I take one week’s vacation, plus five holidays a year,” he said. “I gotta stay healthy.”