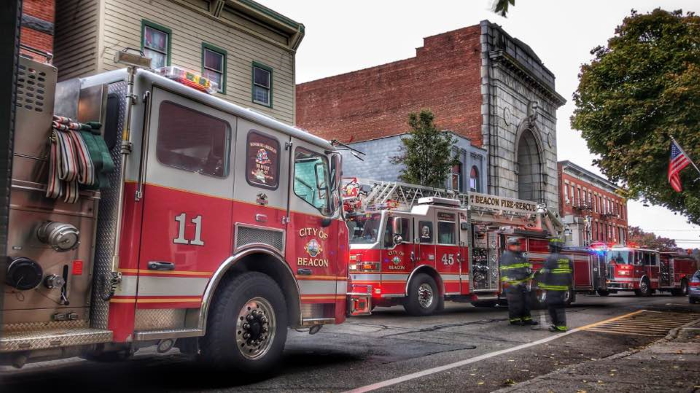 The Beacon Fire Department hopes to have three new firefighters in place by June. (Photo by Scott Harrison)

Using $537,000 in federal funding, Beacon plans to add three full-time firefighters next year, giving the city — at 16, plus a chief — the most firefighters it has ever employed.

Beacon officials announced the funding, which will come from a Federal Emergency Management Agency (FEMA) program designed to make sure there is “adequate fire and emergency response,” on Wednesday (Oct. 2). The firefighters, who will be hired through the Dutchess County civil service agency, must attend the New York State Fire Academy in February before joining the city’s department in June, said Chief Gary Van Voorhis.

The Beacon Fire Department, which responds to more than 1,600 calls annually, has struggled in recent years with staffing as the number of volunteers who complement the full-time (or “career”) firefighters has bottomed out. Van Voorhis said the department once had more than 150 volunteers and a waiting list but now has only 21.

Of those volunteers, only four are certified for interior firefighting — a shortfall the chief and other fire officials highlighted last year when asking the City Council to add four paid staff to the 2019 city budget. 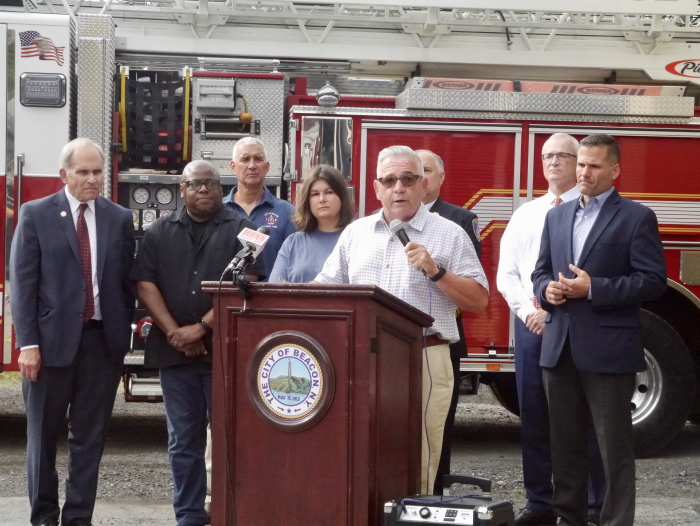 “This is a critical time in Beacon,” Casale said, “and this will give us the time to ease into the burden” of paying for additional firefighters “while development adds to our tax base over the next three years, so it’s easier for the taxpayers to absorb the cost.”

Before this year, Ruggiero said, the department had 12 career firefighters for “almost forever.” Once the new staff is added in June, Van Voorhis said he will be able to have four firefighters on duty at all times, with two at the Tompkins Hose station on South Avenue and one each at Mase Hook and Ladder on Main Street and the Beacon Engine station on East Main.

“This is something we’ve been asking for — manpower — for years,” said Gary Simmonds, president of the Beacon firefighters’ union. “This gives us a first-strike capability: two (firefighters) in, two (firefighters) out. It’s much safer. But four men [on duty] is just the beginning.”

Casale also used Wednesday’s announcement to reiterate his call for regional — rather than municipal — fire protection. Because of the drop in volunteers, the cost of an adequately staffed full-time department is more than a city like Beacon can afford, he argued.