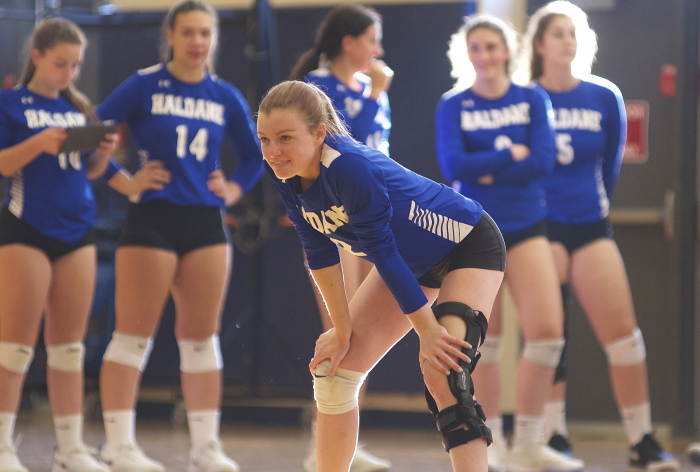 Senior Taylor Farrell (2) and the Blue Devils, shown here during a match at Beacon, improved their record to 9-2. (Photos by S. Pearlman)

The Haldane High School volleyball team cruised to easy victories over Beacon and North Salem last week but dropped a 3-1 decision at Valhalla. 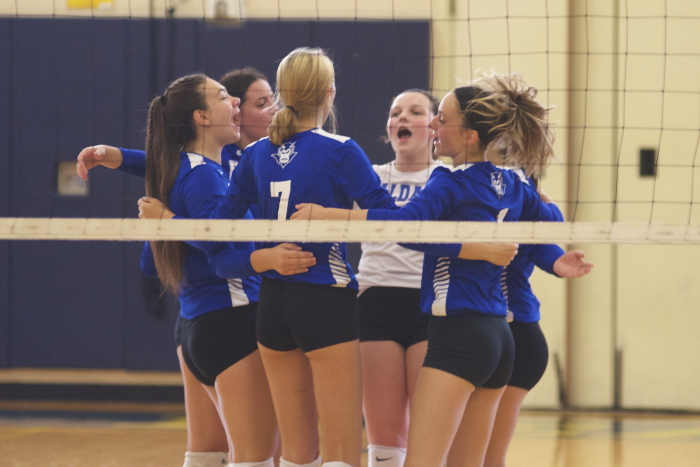 “We got off to a slow start, but we picked it up in game two,” said Coach Kelsey Flaherty. “Grace and Olivia got the momentum going, and Melissa ran the offense well.” 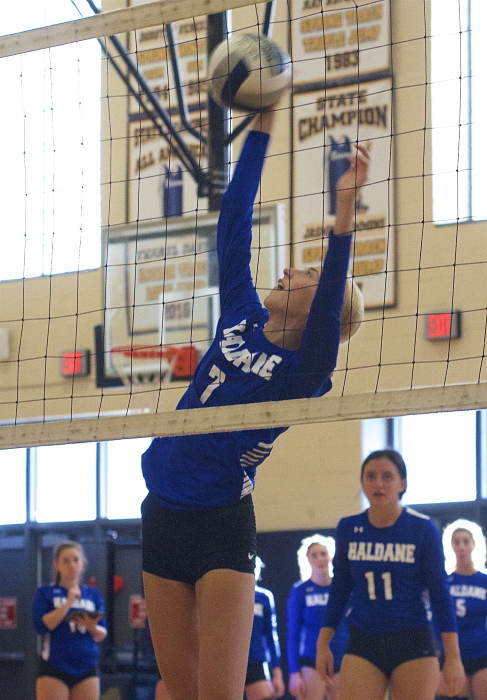 Zoe Silverman (7) at the net during Haldane’s match at Beacon (Photo by S. Pearlman)

The Sept. 28 game at Valhalla (10-3) was a rematch of last fall’s sectional final, with a similar result. Maria Barry had three solo blocks, Rodino added five kills, Monteleone had seven kills, and Sophia Viggiano had nine digs and a pair of aces.

“It came down to who made fewer mistakes,” Flaherty said. “Unfortunately, we made a lot of unforced errors. Maria did a great job defending against their middle hitter.

The Blue Devils traveled to Putnam Valley today (Oct. 4) before hosting Beacon on Oct. 7 and Keio on Oct. 8.