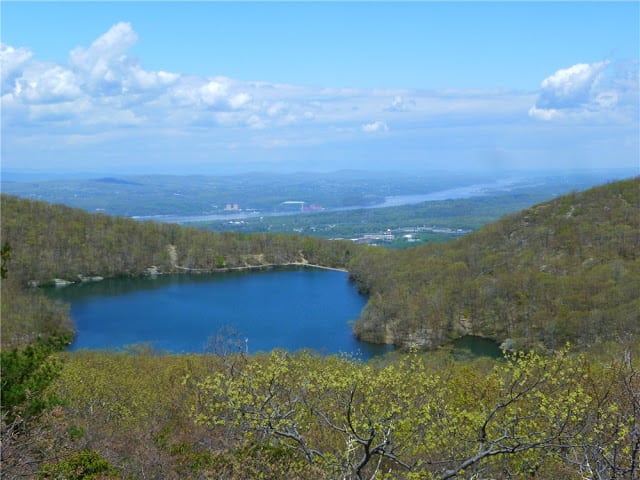 With little of rain over the summer, Beacon officials have declared a Stage 1 drought, which asks residents to conserve water.

The city draws water from three reservoirs, one of two wells and the Village of Fishkill. The second well, which can provide up to 1.15 million gallons per day, has been out of service since February, prompting the City Council to adopt a six-month building moratorium last month.

City Administrator Anthony Ruggiero reported during the council’s Oct. 7 meeting that Beacon’s reservoirs have dipped to 60 percent of their combined capacity, which triggers the drought enactment. Voluntary restrictions are not uncommon for this time of year; similar notices were issued in 2015, 2016 and 2017. Beacon’s reservoirs are fed by rain or snow and usually recharge during the winter months.

The city is asking residents to repair leaky pipes, limit car washing to commercial facilities, water lawns only in the evening and nighttime hours, limit the washing of sidewalks or driveways, and limit the filling of swimming pools. Cold Spring also has asked its residents to conserve water.

At the Oct. 7 meeting, Ruggiero introduced a proposed $30 million budget, which includes the city’s general fund and separate water and sewer funds, for 2020. With residential property assessments up 12 percent and commercial values up 7 percent, the proposal includes tax rate decreases for the fourth and fifth straight year, respectively.

The budget balances $21.8 million of general fund spending with $10 million in revenues from fees, an $11.5 million tax levy that is within the state’s 2 percent tax cap and $380,000 in fund balance spending — a slight increase over last year for the latter. The water ($3.8 million) and sewer ($4.4 million) funds show no increase.

Budget highlights include the addition of three full-time firefighters, with 75 percent of the salaries paid through a federal grant; an additional police officer, who will be assigned to Main Street; a part-time climate smart coordinator; and $12,100 for the Beacon Free Loop bus.

Recycling, at one time a moneymaker for Beacon, has increased to $100,000 in annual spending, while the Beacon solar farm, opened last year at the city’s former landfill, has offset electricity costs for every city-owned building, including City Hall. After streetlights were converted to LED, the cost of operating them dropped from $83,000 annually to $7,400.

A public hearing on the budget will be held in November; the council is required by the city charter to adopt it by Dec. 31.

One thought on “Beacon Asks Residents to Conserve Water”