If the devil is in the details, bringing Cold Spring’s outdated Village Code up to speed may be the definition of devilish.

The 500-page document may not top the local bestseller list, but if you put out recyclables, need a building permit, are unhappy with loud neighbors or park on village streets, it affects you. 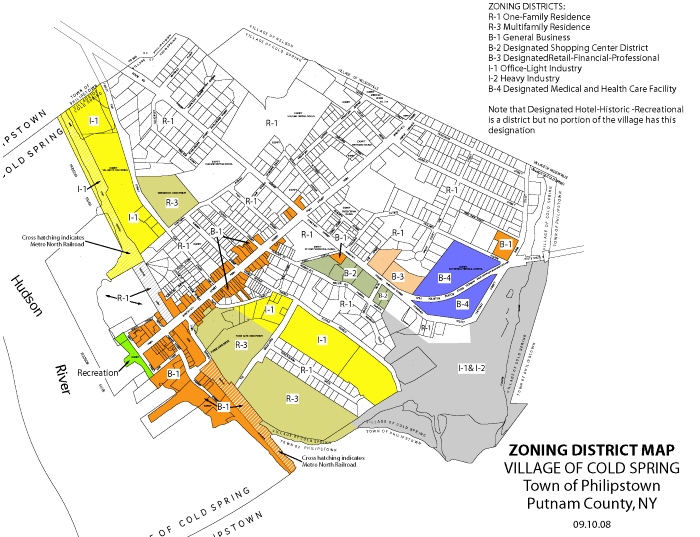 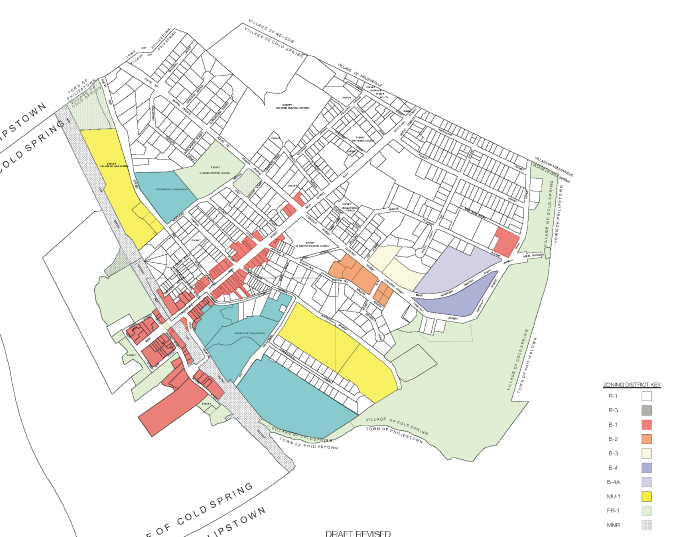 Above, the current and proposed zoning map

Five years ago, a volunteer Code Update Committee began reviewing the 44 chapters of the code, which is a compendium of laws that touch on almost every aspect of village life. Many sections had not been updated in decades. Only nine chapters required no revisions.

At the firehouse on Oct. 3, about 30 people attended the last of five public hearings hosted by the committee to hear feedback on the proposed changes. The following are examples of revisions recommended by the committee:

Attendees at the Oct. 3 meeting also had suggestions, including:

Several people commented on the code’s treatment of short-term rentals, or what the revised code refers to as “overnight accommodations.” The committee recommends that these rentals, such as those booked through Airbnb, be limited to three sleeping rooms per home, that the rooms not have their own cooking facilities and that owners must be present and provide off-street parking and proof of insurance and fire inspection.

Pat O’Sullivan, a Garrison resident who with his wife owns property in Cold Spring, read a letter he subsequently sent to Mayor Dave Merandy. He said there seemed to be a push to “accommodate the already illegal short-term rentals” and suggested the village “start from zero” by requiring hosts to obtain permits that would ensure compliance with regulations.

“You need to envision what you want the village to be,” O’Sulllivan wrote. “And make the regulations conform to that standard.”

Early noted the village on Oct. 1 approved hiring a part-time code enforcement officer and fire inspector, although another trustee, Lynn Miller, argued in a letter to The Current that the positions were not created solely in response to Airbnb concerns.

The code and proposed revisions can be viewed at bit.ly/cs-code-update in a redlined version that shows deleted and added text. There is also a summary of changes by chapter. Comments may be submitted to the committee until Oct. 30 through the village clerk at [email protected]

Once finalized, the document will be forwarded to the Village Board, which will schedule a public hearing and could make its own changes before voting.