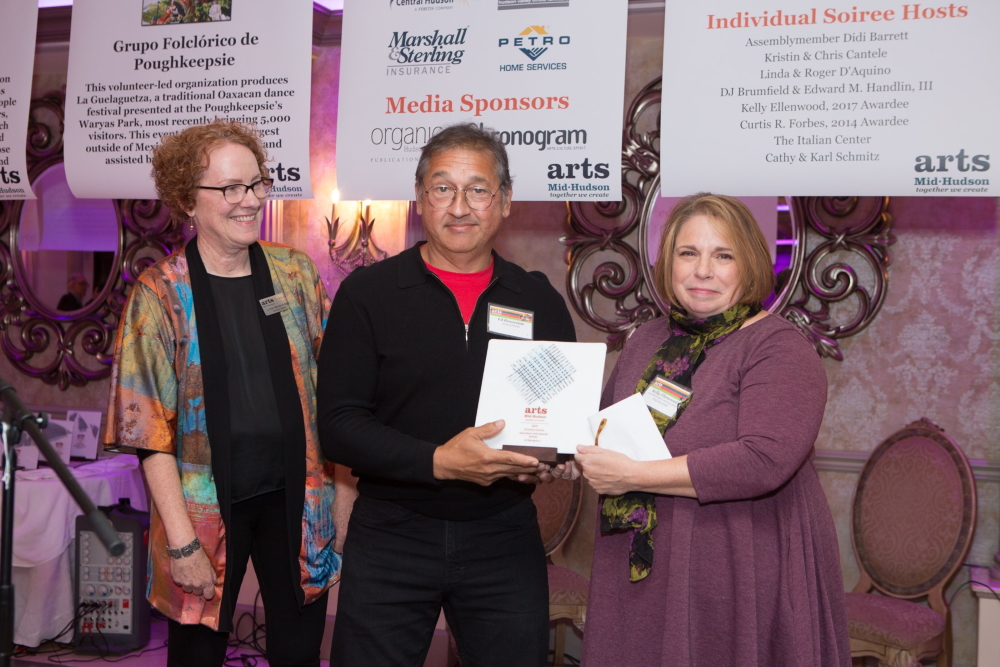 Two Beacon residents — Ed Benavente and Jillian Warner — were among the honorees at the 33rd Dutchess County Executive’s Arts Awards on Oct. 3 in Wappingers Falls.

Warner, a 2019 Beacon High School graduate who is studying theatrical design and production at Carnegie Mellon in Pittsburgh, was recognized as one of two students with exceptional promise in the arts. Along with the Beacon Players, she worked at Syracuse Stage and the Hudson Valley Shakespeare Festival.

Benavente, a sculptor who created the Beacon Bicycle Tree in 2011 and the Beacon Menorah in 2014, was honored as an “artivist.” He moved to Beacon in 2006.

One thought on “Beacon Artists Honored”