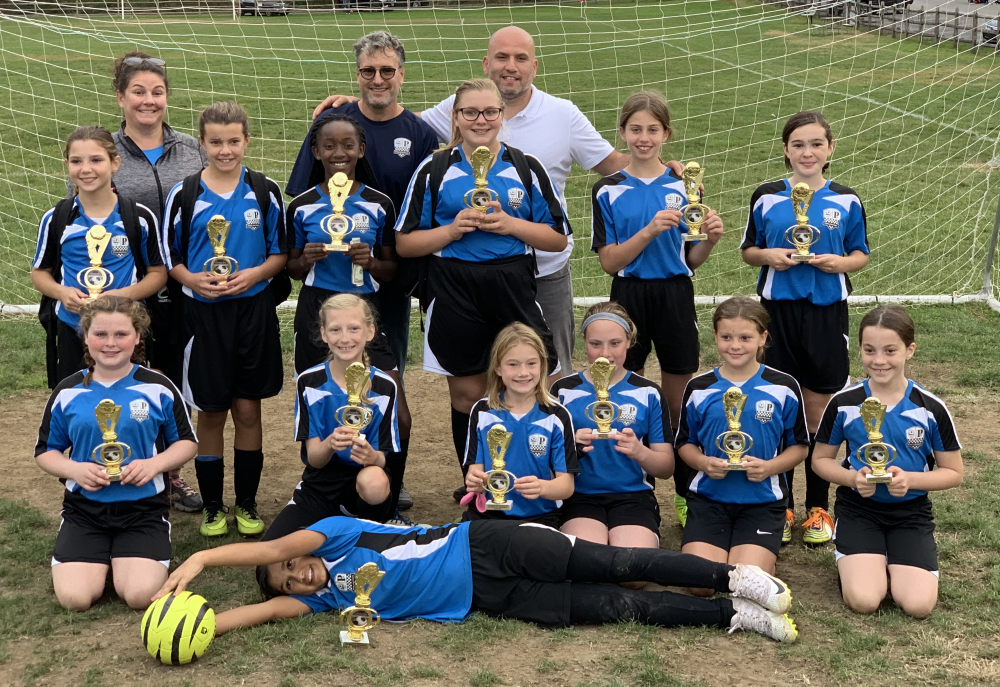 The Philipstown Lady Hawks with their trophies (Photo provided)

The Philipstown Lady Hawks finished in second place on Sunday (Oct. 13) in the under-12 girls’ division at the 31st Annual Poughkeepsie Columbus Weekend Tournament at Greenvale Park.

The squad narrowly missed claiming the tournament title but were edged out by the Saratoga Lightning in a dramatic, extra-time shootout.

Meanwhile, the boys’ U11 Vikings made its own run on Saturday (Oct. 12), falling short in its final match against a powerful Inter-Connecticut 2009 Boys’ White team. Parker Larsen led the Vikings in scoring throughout the four-game competition, while keeper Patrick Shields kept the Vikings in contention.