She was in 1961 in North Tarrytown to Joseph Sr. and Winifred Brunelli. She graduated from Yorktown High School in 1979.

Ann Marie worked as a state developmental disabilities specialist until her retirement in 2018. She dedicated her career to working with mentally disabled adults, whom she cared for greatly.

She is survived by her siblings, Deborah Brunelli of Yorktown Heights, Joseph Brunelli Jr. (Lynn) of Roxbury, Connecticut, and Lisa Hebner (Paul) of Rockford, Illinois, as well as her nephews and a niece. 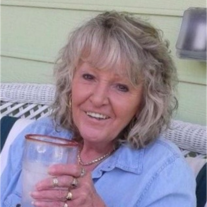 She was born June 11, 1950, in Beacon, the daughter of Walter and Elizabeth (Owens) Bride. She worked for many years at DiNardi’s Restaurant and at Mr. V’s Deli in Beacon.

A Mass of Christian Burial was held Oct. 19 at St. Joachim Church in Beacon, followed by burial in the church cemetery. Memorial donations may be made to Sparrow’s Nest (sparrowsnestcharity.org).

Harold Joel Holmes, 79, a resident of Dutchess County since 1965 and formerly of Pawtucket, Rhode Island, died Oct. 12, 2019, at the Kaplan Family Hospice Residence in Newburgh.

A Mass of Christian Burial was held Oct. 15 at St. Joachim Church in Beacon, followed by burial in the church cemetery. Memorial donations may be made to Dutchess County SPCA (dcspca.org).

Robert was educated in the Poughkeepsie School District, riding trolley cars. He was baptized within the family’s place of worship, Ebenezer Baptist Church, and was a former choir member. He replaced his late grandfather, Frederick Nicholas as official church bell ringer.

Robert was employed as a custodian at the YMCA and later with the K.R. Roofing Co. He mastered the roofing trade and became self-employed at Bob’s Doctor of Roofs. He met and was formerly married to Faybelle Elem Johnson, and they had a daughter, Sheila Johnson. Later in life he remarried his wife Frances (Lydia) Blue Johnson and gained three stepsons; Rod Blue, Kevin Blue and Bryan Blue.

Big Dad was a jack-of-all-trades and a skillful hunter and a member of Poughkeepsie Gun Club. He enjoyed hunting, fishing, yard picnics, cooking, hayrides, music and dancing. He made everything “a simple sit-chee-a-tion”. He lived for 11 years in Beacon, spending time with great grands, enjoying daily walks and lending a hand in antique shops. 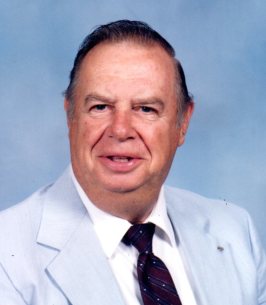 Robert F. Travis, 92, a lifelong resident of Beacon and Wappingers Falls, died Oct. 11, 2019, at the veterans’ home in Montrose.

Robert graduated from Beacon High School in 1944 and, at age 17, enlisted in the U.S. Navy. He was trained in radar naval operations and served on the destroyer USS Tucson, where he witnessed the signing of the peace treaty signifying the surrender of Japan. Following the war, Bob earned a degree from Simmons College in Syracuse.

He was a senior design draftsman for Texaco Research Center for more than 37 years until his retirement in 1985. While living in Beacon, he served on the Babe Ruth League formation committee, the Beacon School Advisory Committee, led the Beacon Recreation Committee which started an ice skating program and also worked with local police to establish a Bicycle Rodeo and Safety Program. He was president of the Forrestal PTA and Past Noble Grand of the International Order of Odd Fellows. Bob dedicated 60 years of his life to the Boy Scouts, both in the Hudson Valley and Florida. He was proud of the fact that he once had seven scouts attain Eagle ranking at the same time.

He is survived by his children: Robert Travis (Terri) of Tucson, Arizona, and Dawn Fitzpatrick (Kevin) of Darien, Connecticut, as well as four grandchildren, two great-grandchildren and his sister, Inez Brown of Beacon.

A private graveside service was held at Fishkill Rural Cemetery. Memorial donations may be made to the Boy Scouts of America (scouting.org) or the New Hackensack Reformed Church (nhrc-church.org).

Born Oct. 30, 1932, he was the son of Walter and Estelle (Holder) Wright. Gerald was a retired foreman for Texaco Research in Beacon and served in the U.S. Air Force from 1952 to 1956. He married Patricia Barr, who died before him.

A funeral service was held on Oct. 18 at Doulin Newburgh Funeral Home, followed by entombment at Cedar Hill Mausoleum. Memorial contributions may be made to Hospice of Orange and Sullivan (hospiceoforange.com).