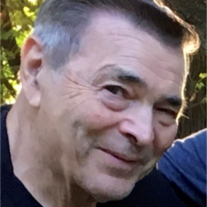 Thomas was born on June 12, 1935, in Bridgeport, Connecticut, the son of Dominic and Sophie (Szarek) Baldino. An alumnus of the University of Connecticut and New York University, he retired in 2000 after 20 years as a teacher at the Greenburgh Eleven school district in Dobbs Ferry. On July 18, 2002, he married Marcia Frahman.

Tom was an accomplished guitarist and sailor. He was a band leader of Nostalgia, a swing group, and also played in jazz groups throughout Dutchess County and New York City, including the duo T’N’T.

He was also active in the community. He was a member of the Beacon Democratic Committee and worked with then-Mayor Steve Gold to have solar panels installed at Municipal Plaza. He was the past chair of the Conservation Advisory Committee for the City of Beacon. Tom was a longtime member of the Beacon Sloop Club, where he received a captain’s certificate of achievement. He was a captain on the Woody Guthrie sloop for 20 years. He also received a President’s Volunteer Service Award and letter from President Obama.

Besides his wife, Tom is survived by relatives in Italy.

She was born on July 11, 1918, in New York City, one of the nine children of Salvatore and Marieagnes (SanGiorgio) Gambino. She married Thomas Cuti, who died in 2001.

Rita enjoyed playing cards and bingo and visiting Atlantic City. Her family said everyone enjoyed her cooking and baking.

A Mass will be held at 10 a.m. on Tuesday, Oct. 22, at St. Mary Mother of the Church, 106 Jackson St., Fishkill, with entombment to follow at Ocean City Memorial Park in Toms River, New Jersey. Memorial donations may be made to the Children’s Heart Foundation (childrensheartfoundation.org) or the Susan G. Komen Foundation (komen.org).

Born March 2, 1932, in the Bronx, she was the daughter of Joseph and Fannie (Falconio) DeLuise. Theresa worked as a union shop steward for Johnson Controls in Hopewell Junction for 34 years, until her retirement in 2006. She will be remembered for her love of the Yankees and her stellar cleaning skills. She especially loved making and distributing Christmas cookies.

She is survived by her children: Donna Garrison (Pete) of New Windsor; Theresa Cuchelo (Eric) of Fishkill; and Vincent Guarino of Hopewell Junction; her grandchildren: Jessica Hartrum (Lou) of Mount Marion, C.J. Garrison of New Windsor, Sarah Guarino of Philadelphia and Melissa Guarino of Queens; her great-grandsons, Dylan Hartrum and Louis Hartrum of Mount Marion; and her brother, Joseph DeLuise (Joyce) of Fishkill.

A funeral service will take place at 11 a.m. on Tuesday, Oct. 22 at the Community Mausoleum at Fishkill Rural Cemetery, 801 Route 9. Memorial donations may be made to Hudson Valley Hospice Foundation (hvhospice.org). 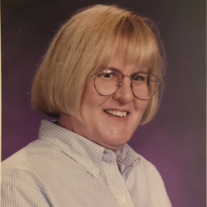 Born March 27, 1952 in Cold Spring, she was the daughter of William and Shirley (Johnston) Diener. She was raised in Chelsea, where she attended a one-room schoolhouse until her family moved to Beacon. She graduated from Beacon High School before earning a bachelor’s degree from Marist College and a master’s degree in education from SUNY New Paltz.

Kathie had a lifelong interest in genealogy and had traced some branches of the family to the 1600s as well as disproving a few family stories. Through her research she was able to join the Daughters of the American Revolution and was a member and past regent of the Melzingah Chapter in Beacon. She also shared her talents with many people helping them research their families.

She was a parishioner of St. Joachim-St. John the Evangelist Church in Beacon and a former member of its choir. Kathie was also active in the Eastern Star in her younger years and a Cub Scout Leader when her sons were young. Although her family said she was a terrible backseat driver, she and Peter enjoyed traveling south in the late winter when her boys could help cover the family business.

Besides her husband, she is survived by her father, William Diener of Beacon; her sons, William Halvey of Wappingers Falls, Joseph Halvey (fiancée Alexandra Flagg) of Alexandria, Virginia, and Patrick Halvey (Kayla) of Beacon; a daughter-in-law, Kristin Catalano of Wappingers Falls; and six grandchildren who called her “Oma”: Francisco, Maria, Rocco, Salvatore, John Joseph (“JJ”) and Aubrey.

A Mass of Christian Burial will be offered at 10 a.m. on Tuesday, Oct. 22, at St. John the Evangelist Church, 35 Willow St., in Beacon, with interment to follow at St. Joachim Cemetery in Beacon. Memorial donations may be made to the Hudson Valley Chapter of the Alzheimer’s Association (alz.org/hudsonvalley) or to St. Joachim & St. John the Evangelist Church (stjoachim-stjohn.org).