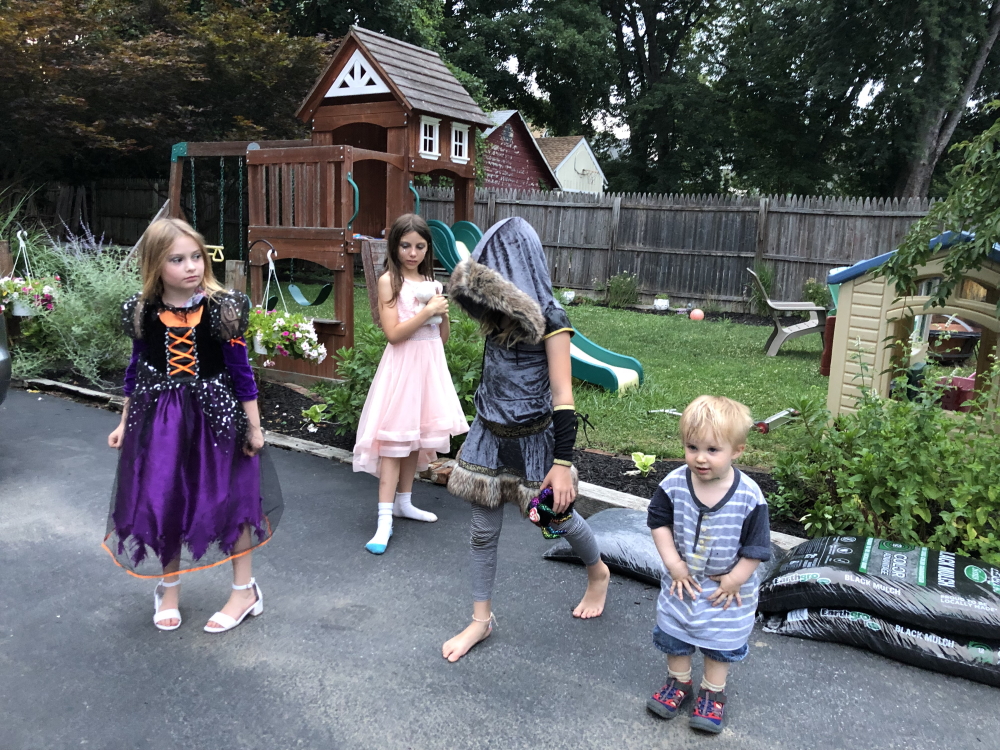 As Election Day nears, let’s address politics — specifically, politics among children, who often have their own opinions about what’s going on but just as often parrot what they hear at home, whether their parents are conservative, centrist or progressive, which can lead to mini-debates on the playground or in class that don’t advance very far into the issues.

Children are keen listeners, and when they leave the house, they take our adult reactions to the TV news and other adults with them. Our children learn how to respond from the grownups. Are we showing them how to listen? Are we listening to other views, to show our children how to deal with a statement they don’t believe to be true?

A letter came home in my second-grader’s folder from Beacon’s elementary school guidance counselor, Roberta Clements. In it, she wrote about working with the students to develop skills “that help all children get along with other people and get the most out of school.”

Her focus was on empathy, impulse-control and anger-management. Empathy is the first key in the equation of what to tell our children to say in response to another kid they disagree with. How do they respond with empathy? By listening. According to Roberta: “Empathy means identifying and understanding others’ feelings in order to be a more caring person.”

The first step for a parent is to identify empathetic teaching moments: catch your kid talking about the conversation they had. They may share this in a random moment during a midnight snack. Or you may actually hear the conversation while carpooling (turn the radio down).

Beyond politics, the conversation could sound like: “Jesus said to do this, and when he did that, this other thing happened.” The response from the other child might be: “There is no Jesus.”

You can see what is happening: a statement and a rejection. The key to moving through this respectfully is to put on our Listening Ears, even if we hear something we think is untrue.

The next step is to explore the other person’s truth by asking questions. Or sometimes, it’s best to leave their truth alone. It is this concept — how we treat other people’s truths — that we can share with our children before they are on their own at the playground.

This is especially difficult, because what we learned in any kind of school (home, public, private, religious) or from our own experiences is presumed true until unlearned or questioned and reformed. So, my dear Grownup reader: Are your Listening Ears on with other grownups who say something you disagree with? Your children are watching, and mimicking, you.

The second step is impulse-control and identifying it. What is a negative impulse that leads to escalation and an emotional disagreement? A few candidates: “No, it doesn’t!” or “That’s absurd!,” “That is so not true!,” “Lies! All lies!”

My husband was watching Fox News the other day and declared as I walked into the room: “I feel so badly for these anchor women. They have to wear these mini skirts. It’s so degrading.”

I happened to be wearing a mini skirt. A pink one. With a ruffle. My response was: “Well, the dresses are part of their costume on TV that is part of the show they chose to be on. Every network has a look, and that’s Fox’s look. Even CNN is having their ladies sit in solid red and blue dresses lately.”

He was incredulous. “I thought you would appreciate that I am defending these women.” I did appreciate that, but I was wearing a mini skirt to work, and I didn’t see the difference. Our debate went on a bit longer, and I didn’t need to win it. I bid him a polite adieu. I wanted him to know I wasn’t leaving in a huff. (I can do that sometimes.) We could be friends and still disagree.