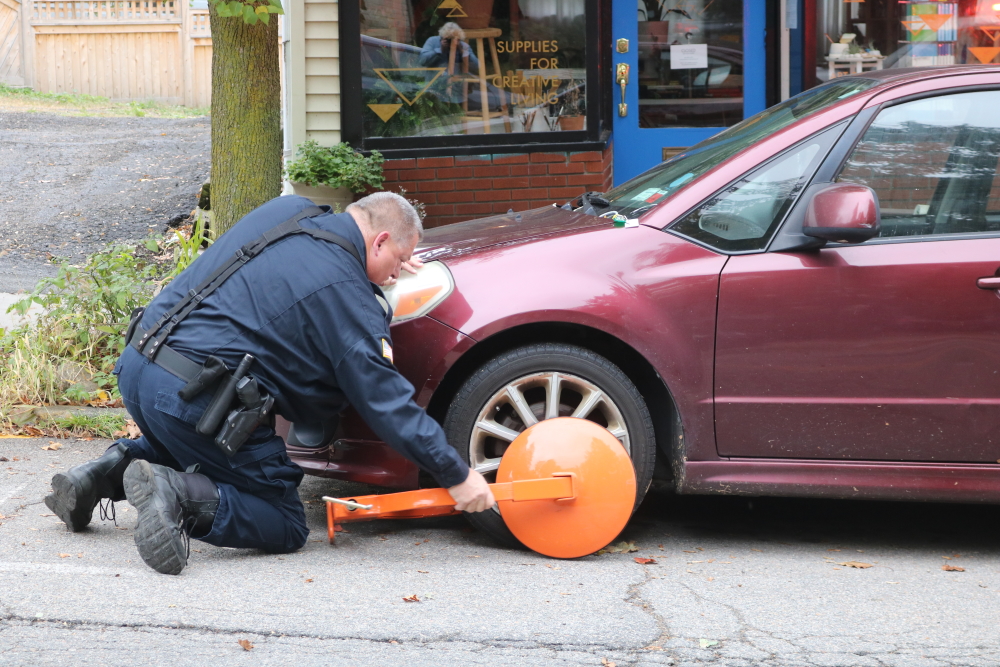 Officer Ed Boulanger of the Cold Spring Police Department removes a boot from a vehicle on Main Street after its owner paid outstanding fines. (Photo by M. Turton)

To help recoup unpaid traffic and parking tickets, Cold Spring police have been applying “the boot,” a tire-locking device that renders a vehicle inoperable.

Officer-in-Charge Larry Burke said the court periodically releases a list of the plate numbers of drivers who owe more than $200 in fines. If officers spot a plate on a car parked in the village, they apply the boot and leave a notice advising the driver to visit the Justice Court office at Village Hall during business hours.

Burke said that since the department began using the device in June, a number of drivers have come in voluntarily to pay their fines to avoid being booted. He noted said that being booted actually can save the driver money, because the car otherwise would be towed, with the motorist paying that fee as well.

A representative of the Beacon Police said the department does not have a boot to use on scofflaws.