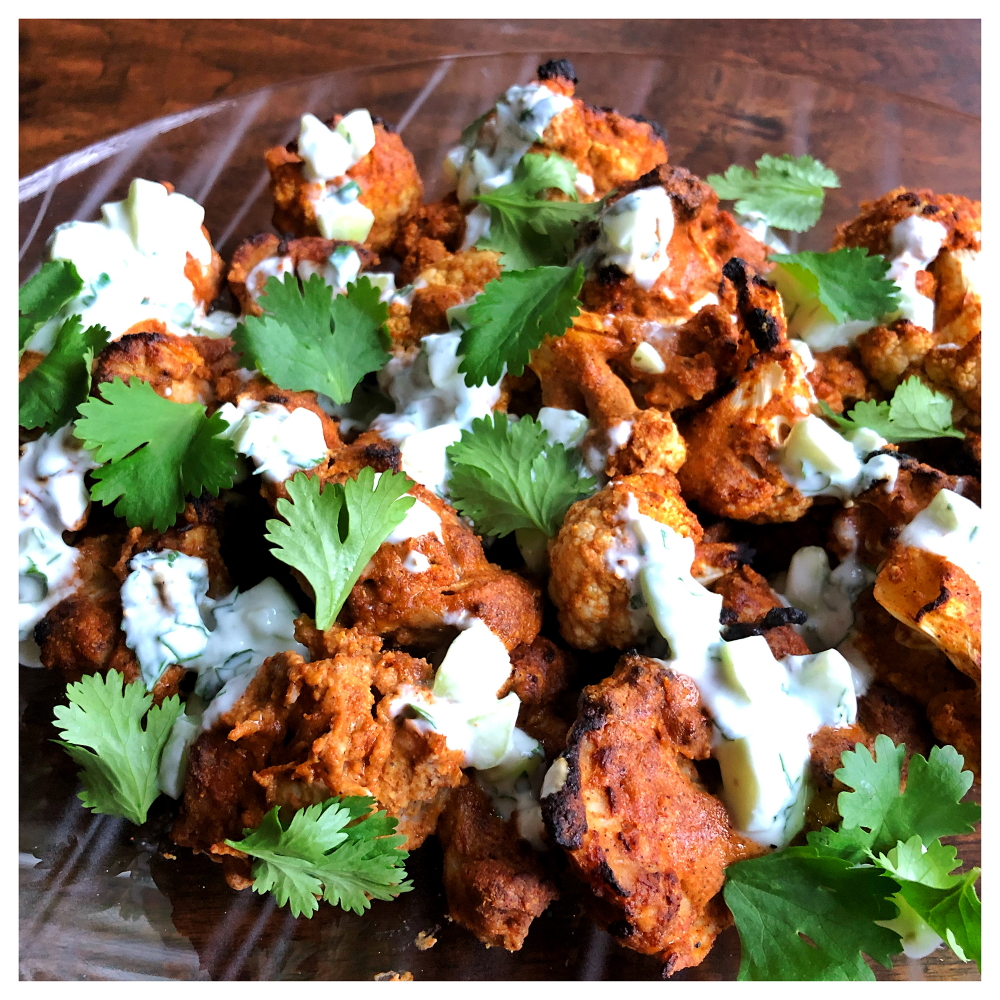 Tandoori cooking takes its name from the tandoor, a centuries-old unfired clay oven common to the Indus Valley, one of the earliest sites of human civilization. These wood- or charcoal-fired vessels might be considered “primitive” but are also the basis for some very cultivated cooking.

The fire contained within its walls —which heated and evenly radiated and reflected the heat — combined roasting, grilling, smoking and convection-cooking in one reasonably compact unit. It was the earliest transitional development between earth and brick ovens, a design process that led to that metal-clad gas or electric thing in your kitchen.

The use of yogurt as the base for a marinade is a sophisticated technique, particularly for meats. Unlike aggressively assertive acidic citrus- or vinegar-based marinades, yogurt-based tandoori preparations slowly and gently tenderize the proteins in meat. And because tandoori chicken traditionally uses skinless chicken, as the milk proteins and sugars in the marinade roast they create a creamy, caramelized crust over tender, exceptionally juicy meat.

Small, bone-in pieces of tandoori chicken can be served as an appetizer or a main course, along with traditional flatbreads (also tandoor cooked) and chutneys. But the more refined preparation, chicken tikka, is prepared with boneless meat and is the basis for even more sophisticated preparations such as butter chicken (tikka in a cream-based curry), chicken tikka biryani (a fragrant rice dish) or chicken tikka masala (in a tomato and pureed nut-based sauce).

Granted, this Hudson Valley kitchen version of tandoori lacks the high heat — sometimes upward of 900 degrees in a traditional tandoor — or the direct exposure to fire or charcoal and smokiness. This marinade is great on the grill, but for this home-oven version, a final blast under the broiler will provide a bit of the char that is a feature of “real” tandoori.

The only other non-traditional modification I’ve made to the marinade is the addition of a bit of cornstarch to replicate a crunchy crust, an effect that may be more necessary or obvious on vegetables. Although chicken is traditional in this dish, the cauliflower can stand on its own if you prefer the vegetarian option.

Joe Dizney is a designer, art director and unrepentant sensualist. When the Cold Spring resident is not thinking about food, he is foraging for, cooking or eating it. Email him at [email protected]