When Kenya Gadsden and her family moved to Fishkill in 2007, her eldest daughter enrolled at Beacon High School, where she would have five principals in the next four years. Concerned, Gadsden began attending school board meetings. 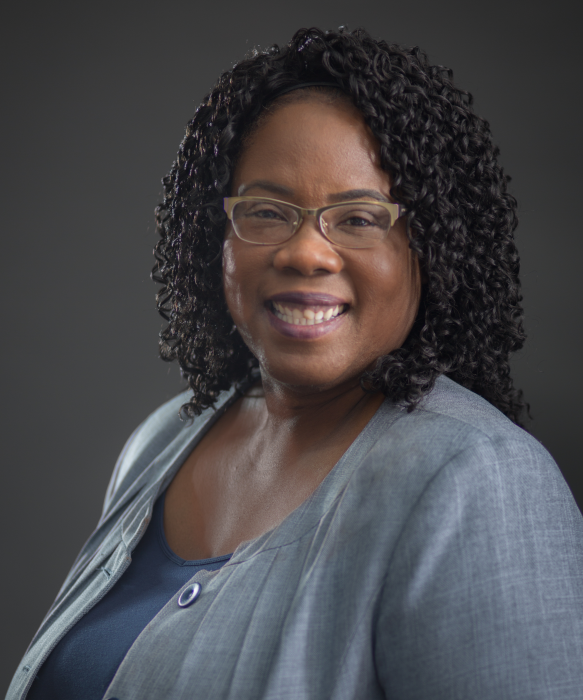 In 2014, Gadsden was elected to a three-year term on Beacon school board, and in 2017 she was re-elected to a one-year term. She did not run again in 2018 but instead focused on another position, Dutchess County clerk.

An active member of the Fishkill Democratic Committee, where she is vice chair, Gadsden was asked by the Dutchess County Democratic Committee to challenge Bradford Kendall, a former Republican county legislator who was elected clerk in 2006 and is in his third term. A resident of Dover Plains, he defeated his Democratic opponent in 2015 with 60 percent of the vote.

Gadsden and her family — she and her husband, Bernard, have three children (the youngest is a senior at Beacon High School) — lived in the Bronx until their move to Dutchess County. She had a sister living in Fishkill and said she and Bernard were attracted to the area’s natural beauty, accessibility and cultural diversity. “It was a choice that my husband and I made for the benefit of the entire family,” she said.

During her time on the school board, Gadsden said that the appointment of Superintendent Matt Landahl in 2017 was her most significant contribution.

“That was a challenge, but all of the board members at the time reached a common ground,” she said. “I’m still in contact with the school district, so I know that Dr. Landahl continues to do a phenomenal job.” 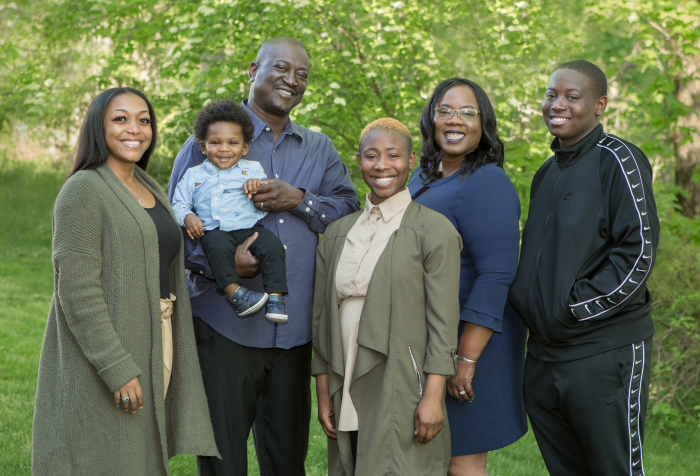 Kenya Gadsden with her husband, children and grandson (Campaign photo)

Gadsden has spent the last 26 years working at a nonprofit that supports adults with intellectual disabilities. As a residential program coordinator, she manages 85 employees across multiple facilities — experience that she believes make her well-suited for the work of county clerk.

“I fit the criteria,” she said. “I’m a good fit to see what Dutchess County needs in the clerk’s office and to put those things into effect.”

The county clerk records property and other records, serves as clerk of the supreme and county courts, processes passport applications, and — perhaps most contentious — manages the county’s five Department of Motor Vehicles offices and their 60 employees. It’s there that Gadsden said she would like to leave her mark. 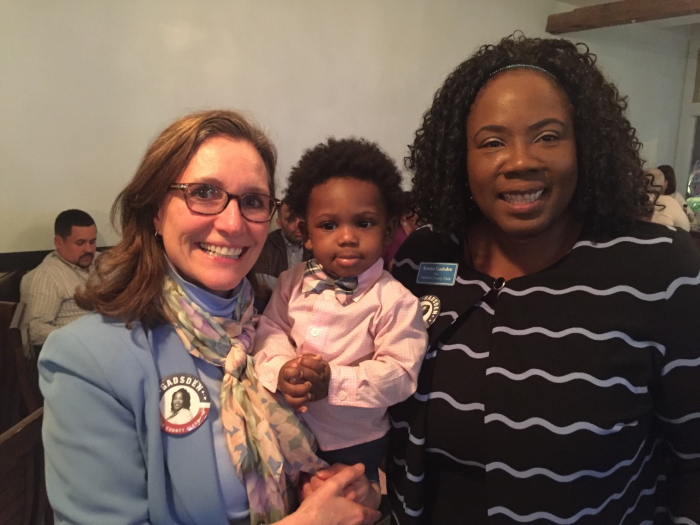 Gadsden and her grandson with Sue Smythe, a Democratic candidate for the state Senate (Photo provided)

“The biggest issue that I’ve encountered and heard from people is the wait time at the DMV,” said Gadsden. “Unfortunately we are not where other counties are; others have appointment systems and we don’t.”

Gadsden said, if elected, she also would like to implement best practices from other counties, such as ensuring continuity of services between locations, dispatching mobile units and experimenting with technologies such as video conferencing for town hall meetings.

Should she come up short on Nov. 5, despite the county’s growing Democratic majority, Gadsden said she plans to remain politically active. “I aspire to go further,” she said. “But I’m going to move as the opportunities present themselves.”