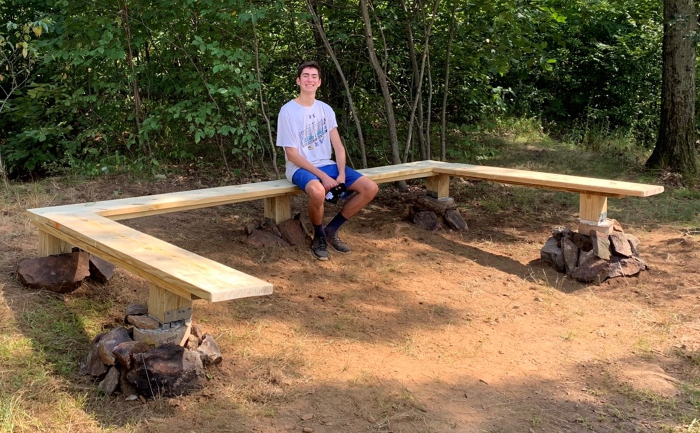 NEW EAGLE SCOUT — Guy Cervone of Garrison, a senior at O’Neill High School, became an Eagle Scout on Sept. 10. His service project was building this bench in the Garrison School Forest with a view of the Hudson River. He is the son of Thomas and Moira Cervone. 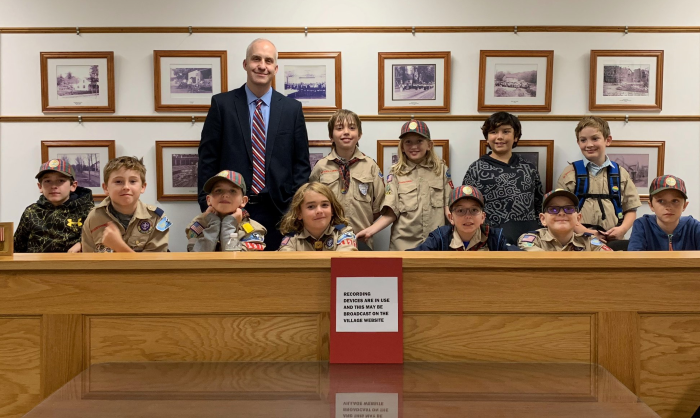 CIVIC LESSON — Nelsonville Mayor Michael Bowman met on Oct. 11 with Philipstown Cub Scout Pack 137 for a project centered on citizenship and local government. Bowman shared the village’s history and reported on Facebook that the Scouts asked “many intelligent — and imaginative — questions.” 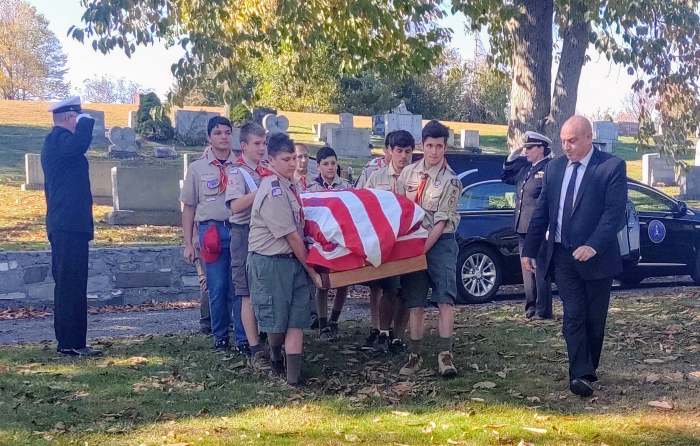 LAST RESPECTS — Members of Troop 41 of Glenham served as pallbearers at Fishkill Rural Cemetery on Oct. 14 at the funeral for Robert Travis, 92, a 1944 Beacon High School graduate who served in the U.S. Navy and volunteered for 60 years with the Boy Scouts. “His family was quite impressed,” said Libby Funeral Home director Joe Schuka.