Dorothy Conley, 99, of Fishkill, and formerly a longtime resident of Beacon, died Nov. 5, 2019, at the Lutheran Care Center in Poughkeepsie.

A graveside service was held on Nov. 9 at St. Joachim Cemetery in Beacon. Memorial donations may be made to the Lutheran Care Center, 965 Dutchess Turnpike, Poughkeepsie, NY 12603.

Beatrice was an avid volunteer, she always loved lending a hand. She also was an avid bingo fan and had a great sense of humor. Her friends and family knew her as “Nana Bea.” She married Nicholas DeMilio, who died in 1979.

She is survived by her daughters: Beatrice Conklin (Albert) and Sara Gilleo (Charles Sr.), as well as 10 grandchildren, 23 great-grandchildren and a great-great-grandson.

The family will receive friends on Tuesday, Nov. 12 from 4 to 8 p.m. at the Libby Funeral Home, 55 Teller Ave., in Beacon, where a funeral service will be held at 10 a.m. on Nov. 13, followed by interment at Oakwood Cemetery in Mt. Kisco. The family asked that memorial donations be made to Libby to assist with funeral expenses.

Myron Edmonds, 88, of Poughkeepsie, and a longtime employee of Texaco Research in Beacon, died Nov. 3, 2019, in Tennessee, where he had been staying with his son.

Myron and Luckie raised their family in Poughkeepsie. Myron enjoyed working on his family’s farm, and he and his wife ensured their family meals be genuine, homegrown, and farm-to-table. Myron was also an avid pilot, instructor and airplane mechanic. He was a member of The Church of Jesus Christ of Latter-Day Saints, where he served as a bishop and a patriarch.

A funeral service was held on Nov. 8 at The Church of Jesus Christ of Latter-day Saints in Poughkeepsie, followed by interment at Hopewell Cemetery in Hopewell Junction. Memorial donations may be made to Humanitarian Services, c/o LDS Philanthropies (ldsphilanthropies.org). 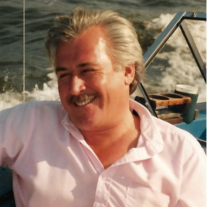 John was born Aug. 30, 1943, in Beacon, the son of John and Agnes (Trochan) Krawiec. In 1965, he married Edith McGaughrin, who survives at home. John was the owner of Hi-Land Gas in Beacon and also worked for the City of Beacon as assistant director in the Urban Renewal Office and served on the Beacon school board.

John was a parishioner of St. Joachim – St. John the Evangelist Church, a 4th Degree member of the Knights of Columbus, Trinity Council, a member of the Beacon Elks Lodge 1493 and St. Rocco’s Society. He was an avid fisherman and loved watching the Yankees. He also enjoyed spending time riding his motorcycle.

In addition to his wife, John is survived by his daughters, Jennifer Piacente and Victoria Mastrantuono (Marcelo); his grandchildren, Nicole and Jordan Piacente and Stephanie and Alexis Mastrantuono; his nephews, Scott Pfundheller and Mark Sykes; and his sister-in-law and brother-in-law, Barbara and Tom Knapp and their children, Jessica and Rebecca Knapp.

A Mass of Christian Burial was held on Nov. 9 at St. Joachim Church, followed by burial at St. Joachim Cemetery. Memorial donations may be made to St. Jude Children’s Research Hospital (stjude.org).