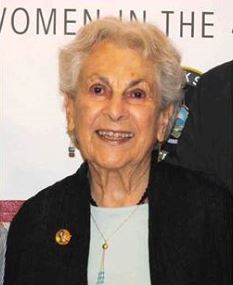 A lifelong resident of the city, she was the daughter of Elias and Rose Schneps, who operated the Top Notch Bakery after moving to New York from Debica, Poland, in the early 20th century. Fran married Edward Gibbs, who died before her.

Fran graduated from New York University, where she was its first woman to hold the position of class president and was also editor of the school paper. After teaching in the Peekskill schools, she served for eight years on the City Council. She was elected as the city’s first woman mayor in 1994 and served three terms.

Her administration received recognition for its development and expansion of the Artists District, including the construction of Art Lofts and Westchester Community College Digital Arts Center locating in downtown Peekskill. It also saw the creation of Charles Point Pier Park and the Peekskill Landing concept as an expansion of the Riverfront Green Park by working with Scenic Hudson and the NYS Greenway plan.

As charter board members, she and her husband played an instrumental role in the development of the Paramount Center for the Arts and its restoration. Together, they operated the Mill Run Summer Day Camp in Shrub Oak from 1950 to 1987. Throughout the years, Fran was an active member of the Peekskill Industrial Development Agency (IDA) and appointed to other agencies.

She is survived by her sons, Donald, Stuart and Peter; her daughters-in-law, Kathleen and Lisa; her grandchildren Rachel, Ellery and Brandon; her brother Norton and sister-in-law Eve Schneps; and her sister-in-law Lucia Schneps.

A private graveside service was held at Arlington National Cemetery. Memorial donations may be made to the Friends of the Field Library (peekskill.org) or the United States Holocaust Memorial Museum (donate.ushmm.org).