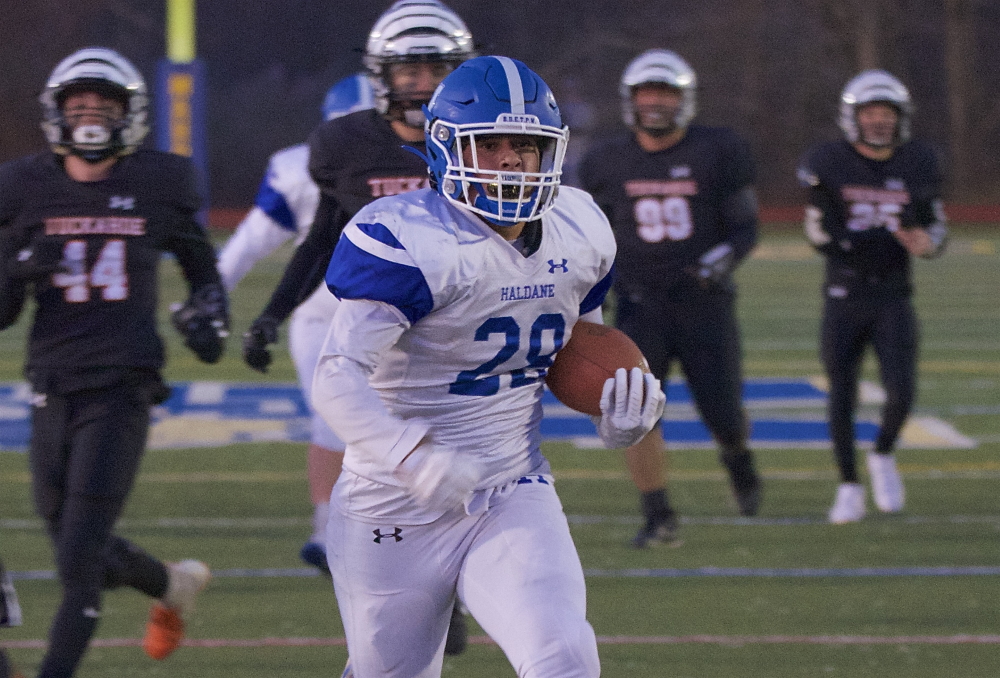 Haldane High School’s football team kept its Class D championship game against No. 1 Tuckahoe in hand for a while on Nov. 8 at Mahopac High School, busting off a big play in the first quarter — a 39-yard touchdown scamper by Darrin Santos — that tied the game at 6-6.

But from there, it was all Tuckahoe (8-1), as the Tigers outscored the Blue Devils 22-0, avenging last year’s loss to Haldane in the same game. 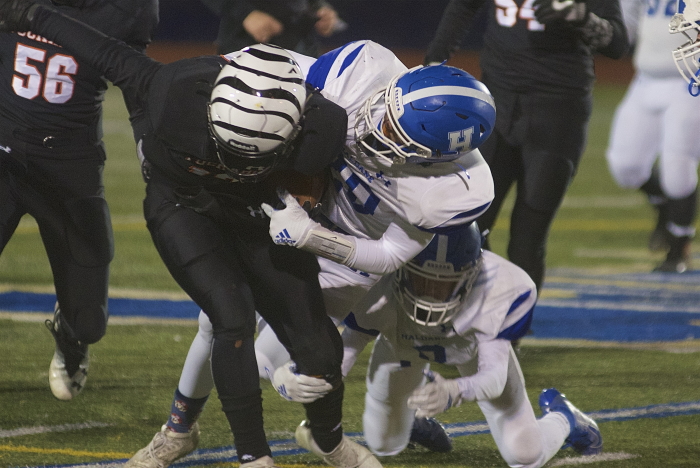 Tuckahoe quarterback Justin Lee, the game’s MVP, was ejected in the fourth quarter after two unsportsmanlike penalties and will have to sit out the team’s regional matchup against Waterville. He threw for two TDs and ran for another.

Haldane’s Christian Pezzullo was named the game’s Most Outstanding Lineman after recording two sacks. “He was a monster on defense,” said Coach Ryan McConville. “He did a great job setting the edge, and on our pass rush.”

The Blue Devils trailed 12-6 in the second quarter and were looking to even the score when junior quarterback Dan Santos threw an interception that was returned by Tuckahoe’s Draz Prorokovic 70 yards for a score. 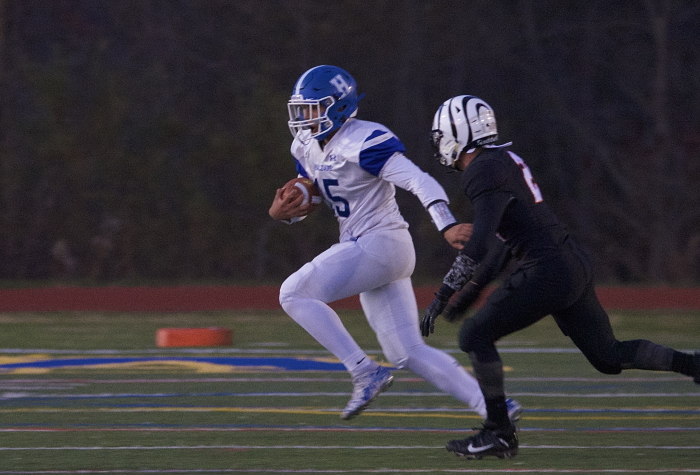 Darrin Santos finished with 113 yards and a touchdown on 23 carries. Dan Santos ran for 77 yards but passed for just 18.

“Dan and Darrin are two of our biggest workhorses, and they competed all game,”  McConville said. “They did all they could.

“We had a great week of practice, and we knew what we had to do coming in,” he added. “We had to limit turnovers, and penalties. We weren’t successful in those areas. We got behind early, and we couldn’t establish a running game. The kids played hard on defense, I was proud of the effort.” 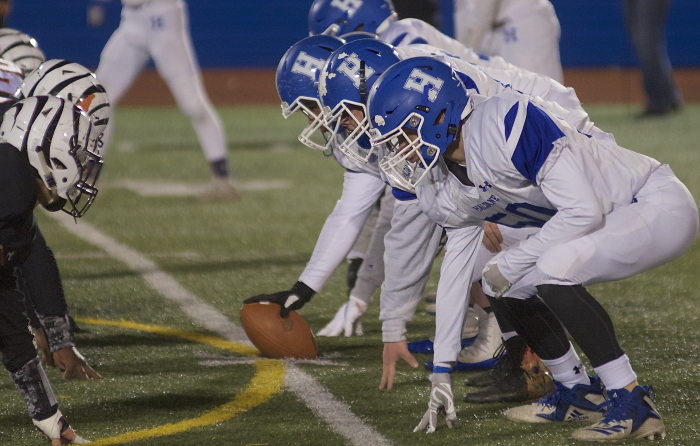 Haldane lines up for a play against Tuckahoe on Nov. 8. (Photo by S. Pearlman)

McConville noted the team, which finished the season 3-6, had no seniors this year and so he expects to return the entire roster in 2020. “The staff and I are excited about what the guys learned this season, and the growth,” he said.