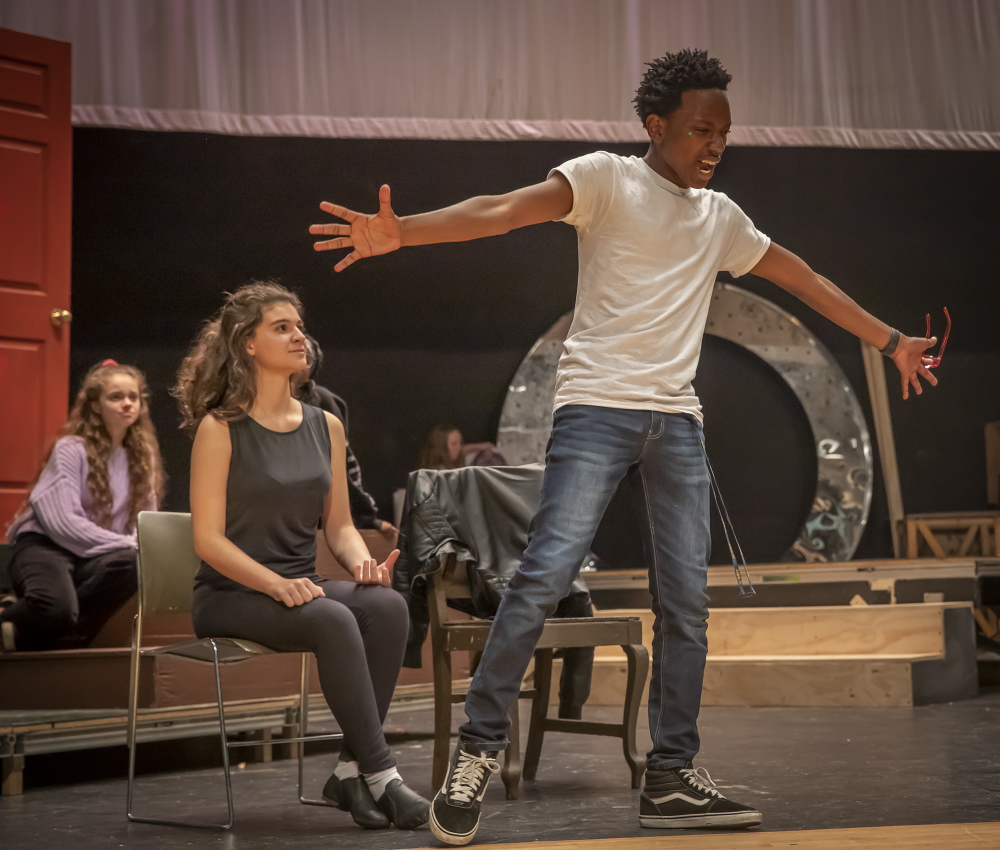 If you’re over a certain age, you’ll recognize each and every song in Rock of Ages within seconds. Even if the title has faded from memory, the tune is embedded somewhere in the depths of your cranium: “Don’t Stop Believin’ ” or “Hit Me With Your Best Shot,” which elicits the immediate rejoinder: “Fire away, fire away.” 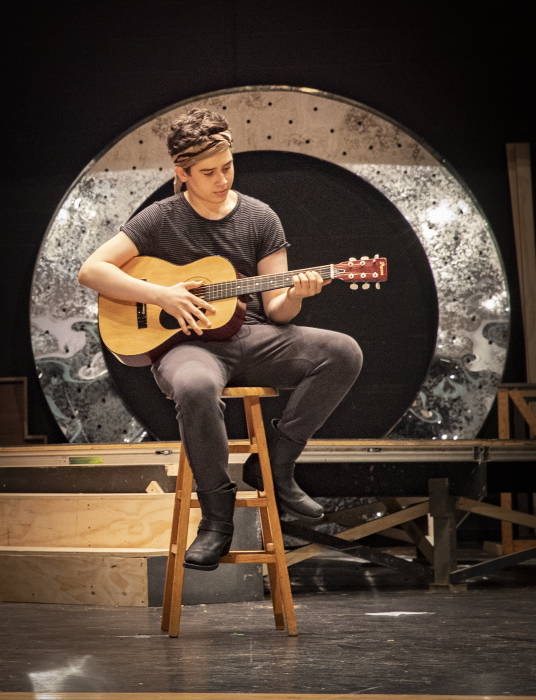 Beacon High School’s fall musical will take you back, even if the performers weren’t born when the songs were hits. Rock of Ages, which ran on Broadway for six years and 2,328 performances before closing in 2015, will be performed on Nov. 15, 16 and 17 at the school’s Seeger Theater. Be forewarned: Audience participation is likely to happen.

It’s the ’80s, there’s a Sunset Strip nightclub, a megarocker, a small-town girl, an aspiring rock star working as a busboy, an impresario, a strip club, developers threatening to develop, tears, protests and a narrator tearing down the fourth wall. And lots of guitar, bass and percussion.

The storyline is derived from the songs, and the result is more rock concert than musical theater. The songs are solid gold radio rock: Bon Jovi, Styx, Pat Benatar, Poison, Twisted Sister and Whitesnake, to name a few. The musicians — students Dayman Angelo on guitar and Caleb Herrera on percussion — are not in the orchestra pit but onstage and in costume. The costumes are spandex, leather and lots of hair.

Three actors took a few minutes before a run-through to talk about the show. Kaljay Brown, a senior, plays the rock god, Stacee Jaxx; junior Lindsay Fister is Sherri, the good girl gone metal; and Joshua Espinosa, also a junior, is Lonny, the narrator.

“The energy is high,” said Espinosa, and Fister added: “Half the show is a concert: sing the songs, clap along, hold up a flashlight. The more you sing rock music, the more you get into it. Rock is insane. You want it to sound like you’re screaming, but not really. It’s about leaving your inhibitions across the ocean.” 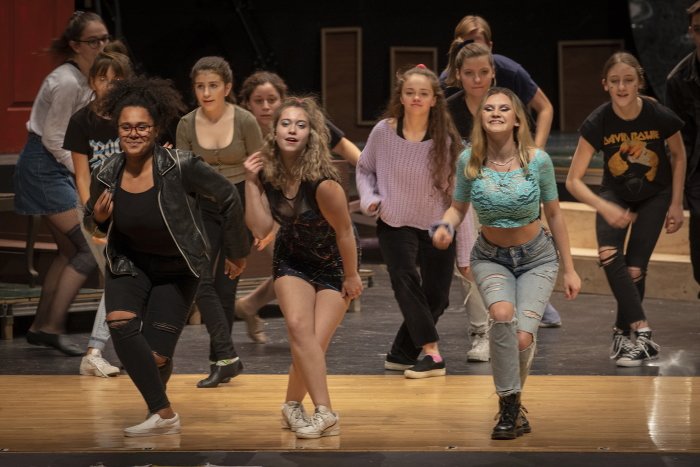 “I’ve never sung anything like this before, but I’m in theater so I know how to act my character,” Brown says. “I listened to as much Bon Jovi as possible to find my ’80s voice.”

Espinosa jumped in. “I listened to Journey and Phil Collins — all of them share a similar trait, an energy; it’s upbeat and the lyrics are empowering.”

Director Anthony Scarrone, who personally experienced the ’80s, said that the students initially weren’t sure what to make of the selection for the fall musical. But he said watching rehearsal videos from the Broadway show, as well as videos from the ’80s brought in by choreographer David Bethards, including jazzercise tapes, changed their tune.

One thought on “Music from Ancient Times: The ’80s”