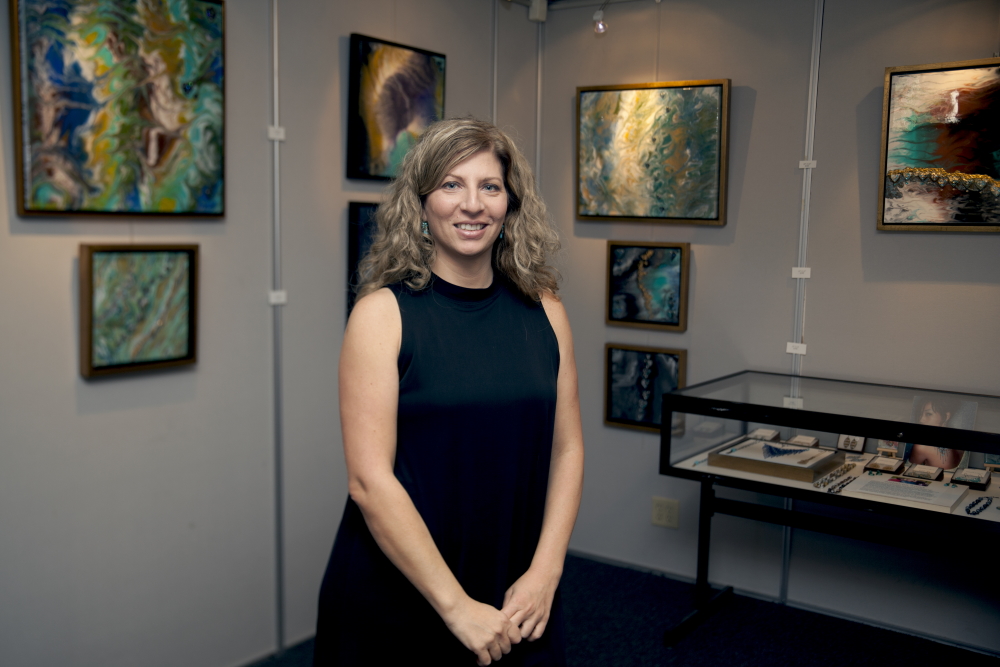 “For me, it’s always color combinations,” says Alejandra Awad of the jewelry she designs and, more recently, her resin paintings. Whether it’s the combination of hues in the gems she fashions into necklaces or the bold swirls on wood panels, color leads the way.

Awad, who lives in Garrison and has a studio at Garrison’s Landing, ran a jewelry store in SoHo for 10 years before closing it to raise her young children. She still makes and sells her jewelry lines but has more recently been recharging her creative energies with painting. The results can be viewed in Art Is Where the Heart Is, which runs through Nov. 26 at the Field Library gallery in Peekskill. It is her first solo show and the first time she’s shown her paintings in public.

Born and raised in Santiago, Chile, Awad says she was always creating something as a child. She studied fashion design and, at age 21, came to New York City for an adventurous vacation. Thirty years later, she’s still here.

“I didn’t know I was moving,” she recalls. “It was an exploration, but I loved New York so much and started working right away. In Chile, art is seen more like a hobby, especially compared to New York City, where I felt like people appreciated craft and effort. That made me feel supported and comfortable, although even after 31 years, coming from somewhere else, you never feel certain if you belong. The difference is now I feel that in both places.” 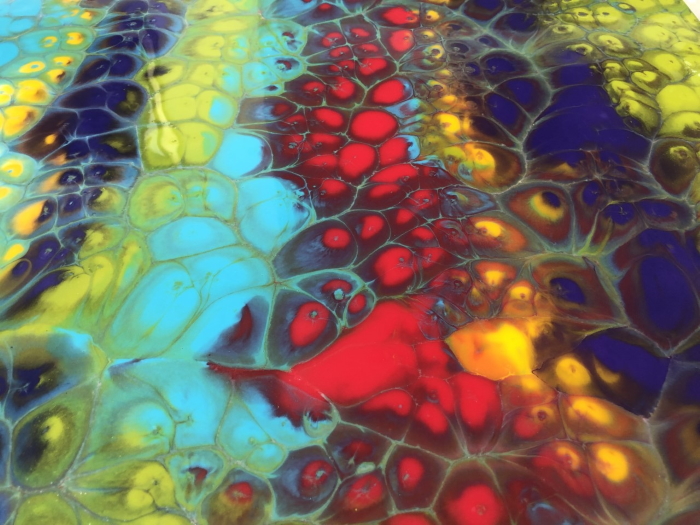 Awad started selling her jewelry at city holiday markets and soon was working with top-tier retailers. “My first big break was Saks,” she says. “I quickly wound up having my jewelry sold nationwide, with a team of people helping. Soon I was doing trunk shows.

“I started with wholesale, adding Neiman-Marcus, Bloomingdales, Barneys and boutiques,” she says. “I was so young that I was unafraid, with nothing to lose. I was never intimidated — maybe now it would not work out for me.”

In 2001 she ventured into retail, opening her Manhattan store, Vitraux by Alejandra. “I absolutely adored my store, but my lifestyle changed,” she says. She met the man who became her husband, Ralph Moran (whose parents are Chilean), at a party. The couple and their two children moved to Garrison in 2011.

“I decided I wanted to be home with the kids,” Awad says. “It wasn’t an easy decision, going from two incomes to one — and I’m very aware that I have the privilege to have that option.” Once her children became more self-sufficient, Awad rented the Garrison’s Landing studio.

“I always kept working, maintaining a website, selling to my loyal customers working from home, using space in my husband’s office,” she says. “But for me to be able to do something, I need to be alone, with nobody interrupting me.” 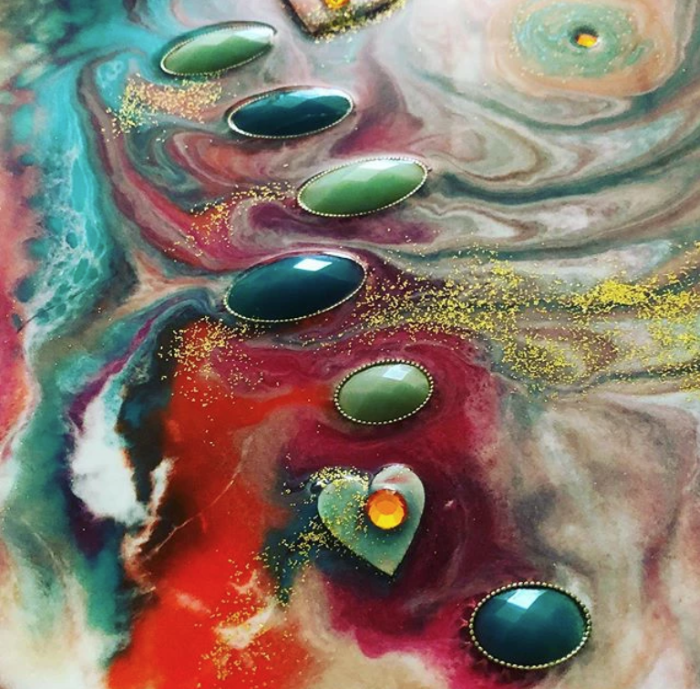 For her paintings, Awad primes a wood panel with black or white, then picks the colors to mix with resin. “I wait for the resin to set, then I apply crystals or hearts,” she says, such as in “Stepping Stones,” above. “That’s the signature. It’s always about textures and metals. I torch it both before and after the application of the crystals. I like it opaque. It’s fun. I’m the opposite of a tortured artist.”

She has no plans to abandon her jewelry. “First of all, it’s paying the studio rent,” she says, laughing. “But the paintings make me super happy.”

The Field Library, at 4 Nelson Ave. in Peekskill, is open daily. Awad’s jewelry can be seen at vitrauxbyalejandra.com.