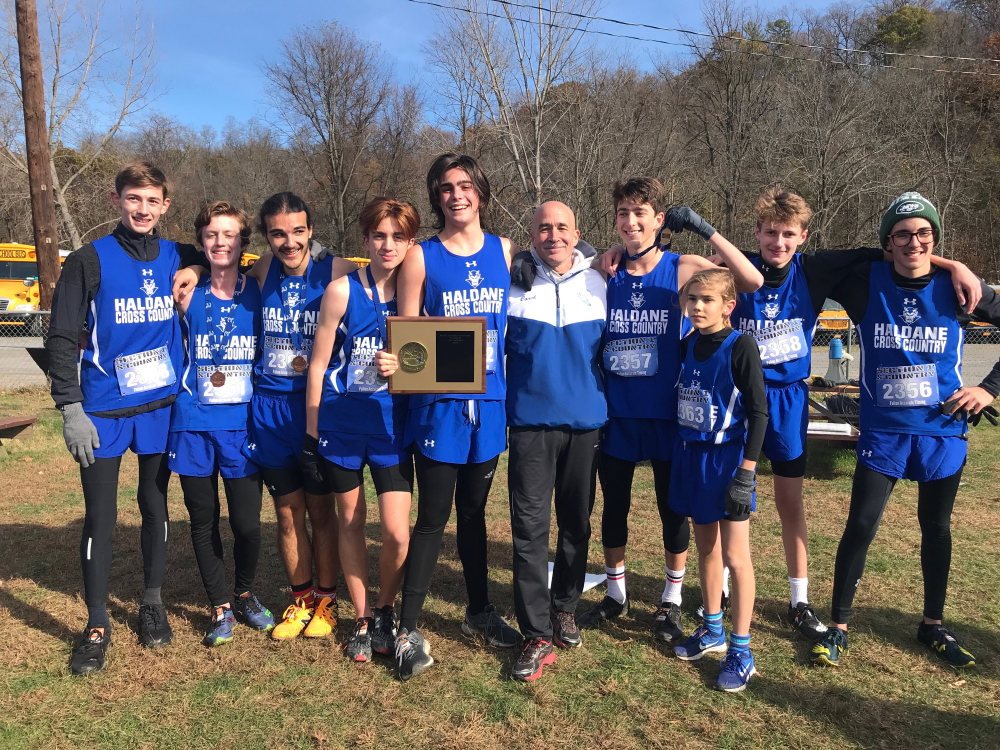 Both squads head to state championships

The Haldane boys’ and girls’ cross-country teams each won a Section 1, Class D title on Nov. 9 at Wappingers Falls.

Both teams will compete in the state championships at Plattsburgh on Saturday, Nov. 16.

The boys won the sectional title for the 12th consecutive year, with four runners in the top 10. The other Class D schools in the section are Keio Academy and Hamilton. 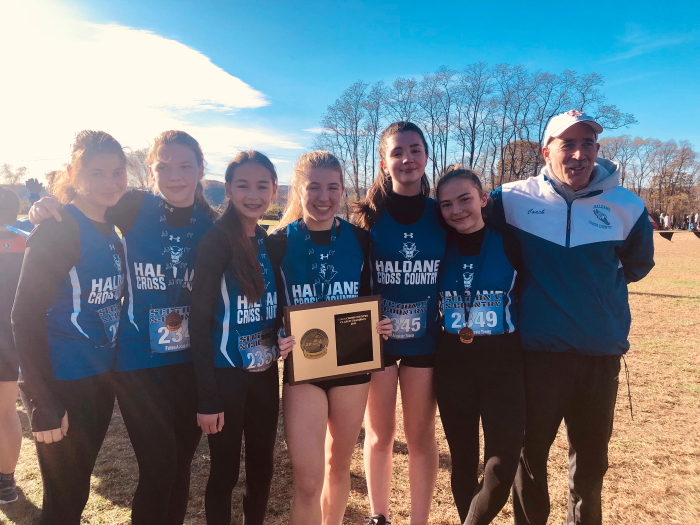 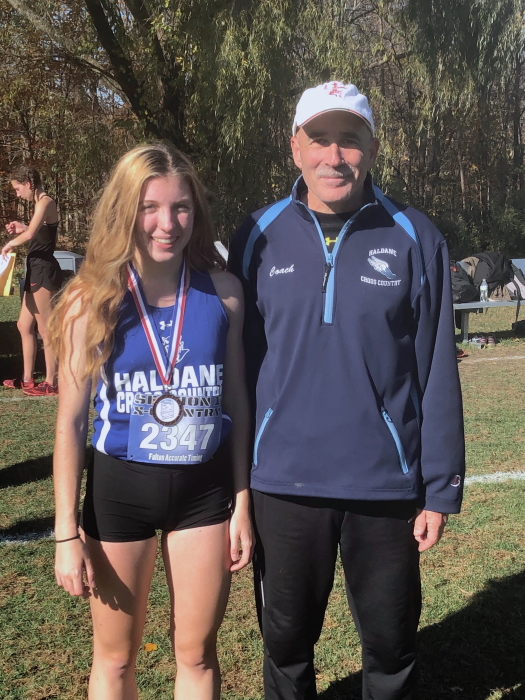 Coach Tom Locascio said he felt some pressure from other Class D teams for the first time in a few years. “In recent memory, this is by far the most nervous I’ve been,” Locascio said. “Hamilton and Keio were both strong teams this season, and they both challenged us. But the kids ran their best race — they made it look not even close.”

After a three-year absence, Haldane fielded a girls’ team this year and won the title. Junior Shannon Ferri won her fourth consecutive individual title in 21:20.5.

“The girls got better with every race,” Locascio said. “They’re all be back next year.”

In the Section 1, Class B championship, junior Zachary Cader finished fifth in the 5,000-meter run in 17:23.7, while sophomore Evan Labelle led eight other Bulldog runners, finishing 57th in the field of 165 in 19:12.3. The boys finished 10th of the section’s 18 Class B teams.