He was born in Johnson City, New York, on Nov. 23, 1952, and raised by Ray and Mary Force. Darrell retired from IBM in East Fishkill. He was married for 25 years to Claire Force.

Darrell was a member of the Hudson Valley Christian Church in Newburgh. He loved all things wrestling, especially the WWE, as well as tinkering with computers and working on cars.

In addition to his wife, Darrell is survived by his children, Holly Mastropaolo (Tyrrell), Debbie Force, Charlene Force, Nathan Force and Jonathan Force; and his grandchildren, Alleyah Force, Angelina Mastropaolo, Antonio Mastropaolo and Carl Mastropaolo. Funeral arrangements will be private. 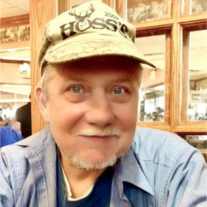 Ralph H. Hurliman, 71, a lifelong Beacon resident, died Nov. 17, 2019, of pancreatic cancer at the Kaplan Family Hospice Residence in Newburgh, with his family by his side.

Ralph was born on July 28, 1948, in Newburgh, the son of Ralph and Bernice Hurliman. He attended Beacon High School and later received his GED. Following high school, Ralph joined the Job Corps. He was a professional painter and mover.

Before his retirement, Ralph worked for Castle Point Veteran’s Hospital, West Point and Craig House in Beacon. Ralph enjoyed giving out candy and helping the elderly. He was a strong supporter of St. Jude Children’s Research Hospital.

Ralph’s wife, Kally, died before him. He is survived by his son, Peter Hurliman of Fishkill; a brother, Melvyn Hurliman of Greensboro, North Carolina; a sister, Jeniene Wishart (Robert) of Murrells Inlet, South Carolina; and two nephews, Scott Wishart and Brett Wishart.

A funeral service was held on Nov. 20 at Riverview Funeral Home by Halvey in Beacon. Memorial donations may be made to the St. Jude Children’s Research Hospital (stjude.org). 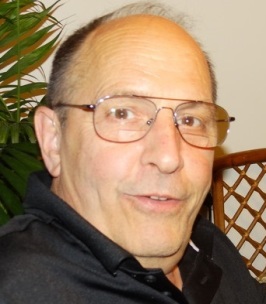 David owned and operated the Croton “Kyriazis” Diner on Riverside Avenue in until 1970, and the Yankee Clipper Diner on Main Street in Beacon from 1970 until 1987. After retiring, David worked for the New York State Bridge Authority as a toll-booth operator at the Newburgh-Beacon Bridge until his retirement in 2007.

David enjoyed the simple things in life like traveling, nature, animals, and his beloved cockatiel Birdie. He loved his garden and had a great sense of humor. He especially enjoyed spending time with his children, grandchildren and great-grandchildren.

His wife, Cynthia, died before him. He is survived by his daughters, Katherine Kyriazis-Pelaccio of Wappingers Falls and Maria Kyriazis-Varrone (David Leggio) of Croton. He is also survived by his grandchildren James Pelaccio (Susana), Mark Pelaccio (Alexandra), Michael Pelaccio, Vincent Varrone, Nicole Kyriazis and Jonathan Kyriazis; and his great-grandchildren Vanessa, Ryan, Joseph, Sara and Grace, as well as his sisters, Ourania (Rona) Roberts and Pauline Mourouzis, and a brother, George Kyriazis.

Memorial donations may be made to the American Lung Association (lung.org).