With stops in Milwaukee (10 years) and Lakeland, Florida (two years), along the way, the Rev. Daniel Blackburn, a Buffalo native with the ministry in his blood, has found a home in Beacon.

The fourth-generation pastor — his father, grandfather and great-grandfather  have all been ministers in Buffalo — was officially installed on Nov. 23 and 24 at Star of Bethlehem, the historic Main Street church where Blackburn has been preaching since September. 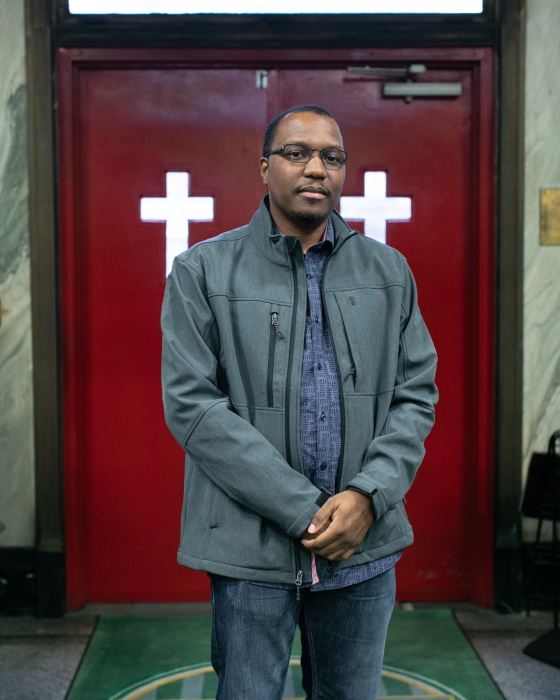 Blackburn, 39, was one of the candidates invited to Beacon to replace the Rev. Frederick Mills, who led Star of Bethlehem for 10 years before accepting a call from a church in Charlotte, North Carolina, in 2016. After hearing Blackburn preach in February, the Star congregation voted in July to extend a call for him to become its new pastor.

His father and his wife’s father, who is a minister in Mount Kisco, both spoke at the church during the two-day installation ceremony. Those family connections — Blackburn’s father has also led seminars in the Hudson Valley during his 36-year career — made Beacon “an area that’s easy to transition into,” he said.

Blackburn inherits a rich history at Star of Bethlehem.

The church, originally called Star of Bethlehem Baptist Church at Fishkill Landing, was founded in 1900.

Its members first met in a small house on North Avenue, before relocating to a building on North Cedar Street.

In 1958, the church purchased its current location, a former bank building at 139 Main St. (The bank’s original vault still stands behind the church altar.) Six years later, the Rev. Garfield Farley came to Star, where he stayed for 40 years, a period that would see significant growth of the congregation.

Traditionally a black church, Star of Bethlehem “has a long history of being a place of love, acceptance and encouragement to all people,” said the Rev. John Rembert, a Beacon City Council member who is also a minister.

Once full every week, Star of Bethlehem, like many churches nationwide, has seen declining attendance over the last decade or so. Today, around 60 members attend most weekly services.

As social media and other modern communication technologies continue to become embedded in society, Blackburn says it will be his goal to go back to basics at church. 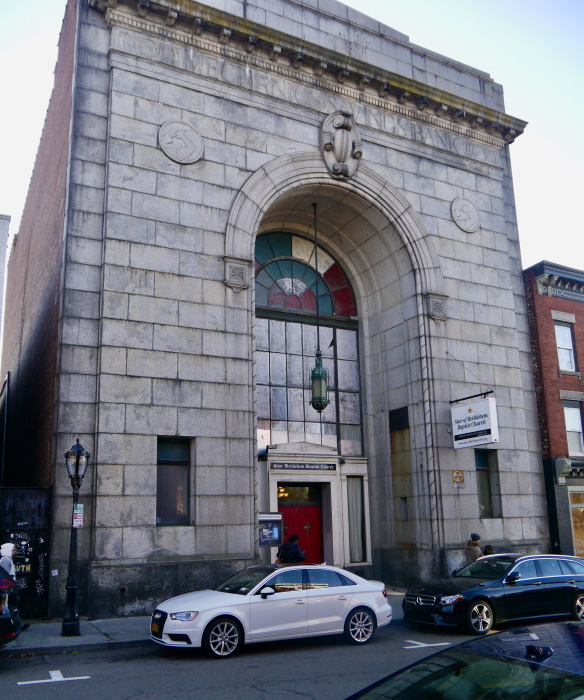 The Star of Bethlehem Church (Photo by J. Simms)

“We have to give people a reason for coming,” the pastor said. “If you want to hear someone preach, you can pull up YouTube. If you want to hear good singing, you’ve got Pandora and all the other apps. What people need are personal connections. We want to be an extended family where you can make real, lifelong connections. When you have a need, there will be someone who’s not judging you and can pray for you or help you physically if there’s a need for that.

“We have become self-alienated through social media,” he explained. “There’s an appearance of connection but there’s no real connection. People still need a place to belong. They need to feel that they’re wanted, and we want them here.”

Blackburn said that church leaders have already begun planning field trips for next year to keep its youth engaged. He hopes to arrange trips throughout the Hudson Valley and beyond, “so they can experience not just church but culture, to broaden their horizons.”

The move to Beacon represents a homecoming for Blackburn’s wife, Ryanna, who is from Marlboro, and attended Springfield Baptist Church in Beacon and Ebenezer in Newburgh. She has already returned to a job as a teacher in the Bronx, where she taught for 12 years before the couple relocated to Florida. They have a 4-month-old boy now, as well.

Although Blackburn had never been to Beacon before, a family friend, a pastor from a church in Poughkeepsie, recommended him to Star of Bethlehem.

“It was warm and inviting when I came in here,” Blackburn said. “There’s great singing and a great worship experience here. It’s a very positive place. I felt [upon] leaving here that I would be back.”