He worked as an electrical worker for 33 years at the Montrose VA Hospital; he also served for six years as president of Local 2440.

Along with his wife of 21 years, James is survived by his son, James L. Brown (Barbara), six grandchildren a great-grandson. He is also survived by his brothers, Gary Brown and Michael Brown; and his sisters-in-laws, Leatrice Huggins and Priscilla Thompson.

A funeral service was held on Nov. 29 at Springfield Baptist Church in Beacon. Memorial donations may be made to Rebecca Brown, 27 Franklin Ave., Beacon, NY 12508.

Ameliamary “Min” McNamee, 84, of Hyde Park, and formerly of Beacon, died Nov. 22, 2019, at Vassar Brothers Medical Center in Poughkeepsie. Until her retirement in 1989, she was a waitress for many years at the Breakneck Lodge in Cold Spring.

Born April 9, 1935, in Nyack, she was the daughter of Robert and Mary (Lent) Eigo. She was a graduate of Orangeburg High School.

Min was an avid reader, and a past president of the Emblem Club of Pearl River Elks Club No. 2041. She was a communicant of the Queen of Peace Catholic Church in Ocala, Florida.

She is survived by her daughters: Cheryl Gaylord of Philmont; Catherine Papo (Jackie) of Green Acres, Florida; Marie Grant (Steve) of Pleasant Valley; and Susan Gardner (Kurt) of Salt Point. She also is survived by nine grandchildren, 11 great-grandchildren, and a great-great granddaughter.

A funeral service was held on Nov. 27 at Sweet’s Funeral Home in Hyde Park, with burial following in the family plot at St. Peter’s Cemetery in Poughkeepsie. Memorial donations may be made to Leukemia Society (lls.org). 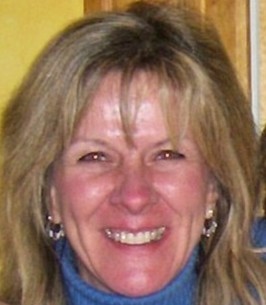 Lori was a legal assistant for 30 years. She was also a Mets fan, traveled each year to Jamaica with her husband, and attended the Fishkill United Methodist Church.

She is survived by her children, Renee and Sean; her grandchildren, Brandon and Adriana; and her sisters, Cheryl Blanks and Kimberly Slater.

A memorial service was held Nov. 26 at the Beacon Elks Lodge. Memorial donations may be made to the Sparrow’s Nest (sparrowsnestcharity.org) or the Brielle Grace Breast Cancer Foundation (briellegracebreastcancerfoundation.com). 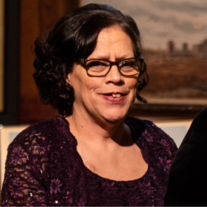 Along with her husband, Ruth co-owned Roby’s Deli in Beacon. Her family said she had a gift of being able to connect and talk with people. She was a member of the Southern Dutchess Country Club.

Known to family and friends as Billy, he was born March 27, 1964, in Massena, the son of Charles and Barbara (Jock) Roberts. He was an avid reader who enjoyed watching old movies and going fishing. In the 1980s, he served in the U.S. Army, and he worked over the years as a truck driver.

In addition to his parents, he is survived by his children: Andrea Ennis (Christopher) of Shirley; Charles W. Roberts III of Hyde Park; Emily Roberts of Hyde Park; and Hope Lea Roberts of Mississippi; and a sister, Christine Cooper (Dave) of England.

A memorial service was held Nov. 25 at the Reach Out Church in Hyde Park. Memorial donations may be made to the Wounded Warrior Project (woundedwarriorproject.org).

She was born Feb. 23, 1962, in Beacon, the daughter of William and Helen (Komornik) Zeyak. She graduated from Beacon High School in 1981. On April 28, 1984, in Beacon, she married James Sandford Jr., and she worked as a certified nursing assistant for healthcare facilities in Dutchess County as well as a residential support specialist for Catholic Charities in Penn Yan. More recently she was a clerk by Byrne Dairy in Penn Yan.

Lisa was a former volunteer for the Beacon Boy Scouts and Beacon Engine Co. Ladies Auxiliary. She enjoyed reading, and collecting anything with white tigers.