■ A group of Haldane Middle School students drew praise from Cold Spring Mayor Dave Merandy at the Village Board’s Nov. 26 meeting for murals they painted in the Metro-North pedestrian tunnel. “It looks great,” the mayor said. “You guys did a super job.” The initiative was almost two years in the making, according to seventh-grade teacher Heidi Gesson. 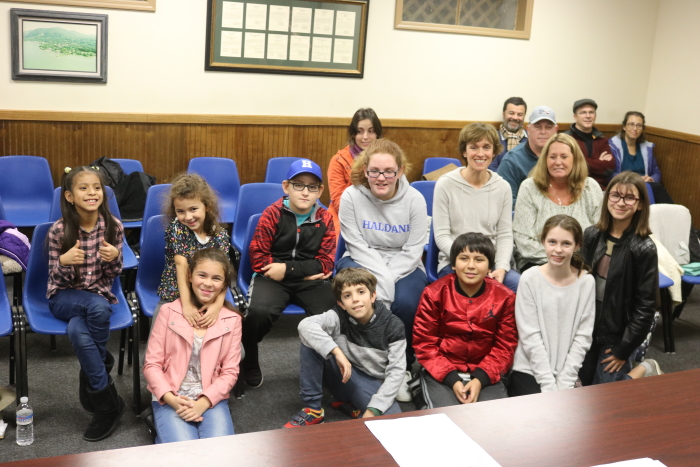 Some of Haldane’s tunnel mural artists. (Photo by M. Turton)

■ Most facilities owned by the Village of Cold Spring will soon be lit by solar power, the board announced at its Nov. 19 meeting. Deputy Mayor Marie Early reported that the village is joining a Hudson Valley Community Power program which will provide solar-generated electricity to light village streets, Mayor’s Park, Tots’ Park, the bandstand, the pedestrian tunnel, the Highway Department garage, the firehouse and three pumping stations.

■ The board approved spending $5,000 to install LED lighting in the Highway Department garage, which could save $1,500 annually in energy costs.

■ Taro Ietaka, an arborist, was appointed to the Tree Advisory Board.

■ The village received a positive review of its financial practices for the 2018-19 fiscal year as part of an annual audit conducted by a Rochester accounting firm.