Haldane won its season opener on Tuesday (Dec. 3), edging Rye Neck on the road, 61-59. Daniel Santos had 23 points (including four 3-pointers in the final quarter to erase a 10-point deficit), and his brother, Darrin, made two free throws with 3.8 seconds left. The Blue Devils are scheduled to host Hamilton on Dec. 9 and Keio Academy on Dec. 11, with both tip-offs at 6:15 p.m.

Beacon dropped its season opener to Brewster, 54-38, on Tuesday at home. The team was scheduled to play in a tournament in Yorktown on Dec. 5 and Dec. 7.

Haldane was set to open its season today (Dec. 6) at Bronxville before traveling to Blind Brook on Dec. 9 and to Croton-Harmon on Dec. 12.

Grace Tomann of Haldane was named to the first team of the Class D All-State squad and her teammate Olivia Monteleone to the second team. The senior captains were each also named All-Section and All-League, along with senior captain Melissa Rodino. 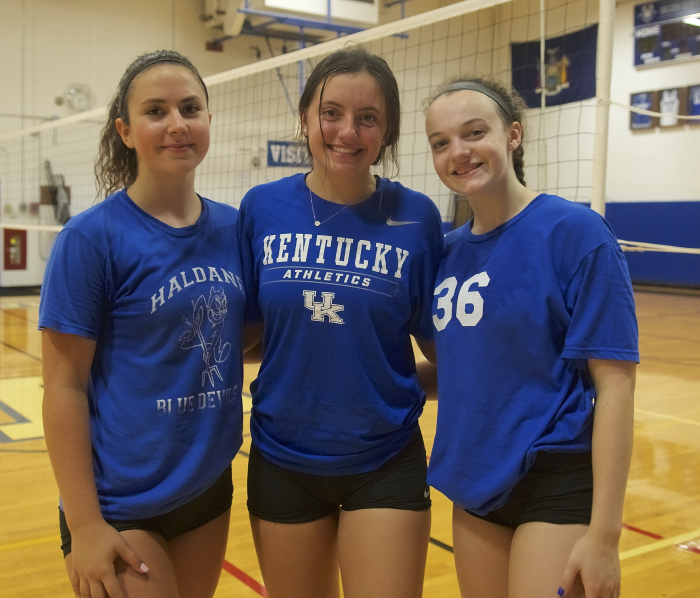 After the Beacon girls defeated Kennedy, 7-0, to extend their winning streak to 36 games over four seasons, Mahopac ended it with a 7-0 victory. (The Bulldogs defeated Arlington, 7-0, to start a new one.) The boys lost to Kennedy and Arlington but topped Mahopac, 5-2.