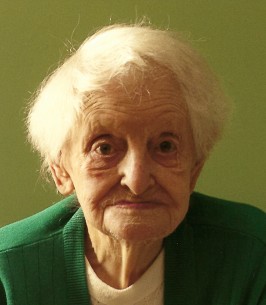 Violet was born May 19, 1925, in Sleaford, England, the daughter of Fred and Violet (Muxlow) Battarbee. Her mother died when she was 5, and she was raised by her grandparents in the small village of Ruskington. She was married in 1946 to Victor Ancliffe after he came back from service in World War II. Victor was literally the boy who lived next door.

Violet had little formal education but was intelligent, creative and a very capable woman, according to her family. She worked at an early age to help support her grandparents and later was a homemaker and caretaker for elders in the family. She had a strong network of women friends in her hometown of Sleaford. She volunteered in various charitable organizations, and at Rauceby Hospital pushing the tea trolley and serving snacks to patients & visitors. She came to the U.S. in 2006. She was an avid gardener and could knit just about anything.

She was preceded in death by her husband. She is survived by her son, Chris Ancliffe (Jessica Reisman) of Beacon, and two granddaughters, Rachel Ancliffe and Abra Ancliffe, who both live in Portland, Oregon.

A memorial gathering is planned for the near future at her home in Beacon.

Ray was born on April 4, 1929, in the coal mining mountains of eastern Kentucky, the son of Ed and Irene (Messer) Hopkins. He served in the U.S. Air Force for 21 years in the U.S., Japan, Morocco and Italy. From Italy he transferred to the 5th Air Force Headquarters in Stewart Air Force Base in Newburgh, where he retired in 1969.

His family said he was a fun-loving, kind, gentle man who loved children, gardening, shopping and listening to music.

Visitation will take place from 11 a.m. to 1 p.m. on Monday, Dec. 16 at the Millspaugh Funeral Home, 22 Bank St., in Walden. A funeral service is scheduled for 1 p.m. at the funeral home, followed by burial at the Orange County Veterans’ Cemetery in Goshen. Memorial donations may be made to the Wounded Warrior Project. 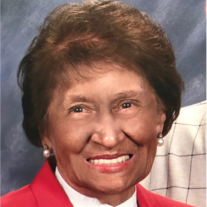 Maria was born Feb. 7, 1925 in Lisbon, Portugal, the daughter of Mario Battista Lopes De Amorim and Lucie Hedwig Margarethe Struck. She was raised in Germany and Holland. She married John Mersinger and was a partner to Fred Novak, both of who died before her.

She was a member of the Christ Lutheran Church in Newburgh. She also was a member of All Sport for more than 25 years and Germania of Poughkeepsie. Maria loved ceramics and crafts and was an activity director for the City of Beacon for 10 years.

Family and friends will gather on Saturday, Dec. 21 from 2:30 to 6 p.m. at Riverview Funeral Home by Halvey, 2 Beekman St., in Beacon. A funeral service will be held at 5:30 p.m. Memorial donations may be made to either St. Jude Children’s Research Hospital (stjude.org) or the Dutchess County SPCA (dcspca.org).

One thought on “Beacon Obituaries”