It is a formality, but one that ensures the nuts and bolts of running a village are in place for another year.

The Cold Spring Village Board held its reorganizational meeting for 2020 on Dec. 10, approving more than 30 appointments, schedules and policies ranging from the selection of board representatives to Putnam County and the Cold Spring Fire Co. and naming of legal counsel to the approval of village fees and meeting dates. 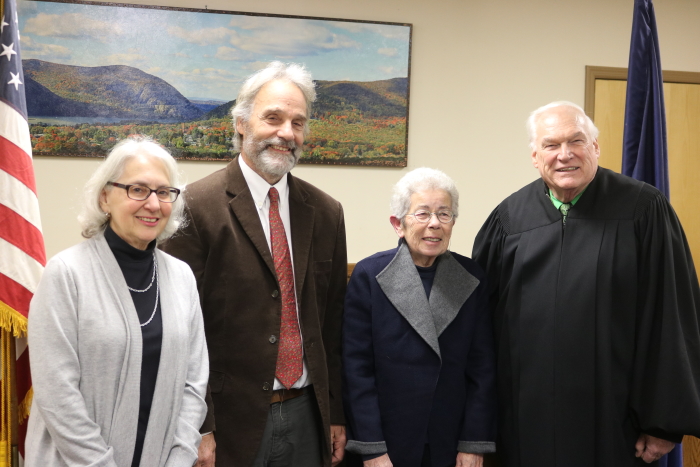 The reorganization underscores the elected board’s dependence on volunteers to do much of the month-to-month work of village government. Trustees approved the reappointment of five, 5-member volunteer boards: the Planning Board, Recreation Commission, Historic District Review Board, Zoning Board of Appeals and Tree Advisory Board. The Current maintains a list of committee members and elected officials.

The Cold Spring Police Department responded to 58 calls for service in November. Three arrests were made, including one for driving without a license.

The other arrests stemmed from an incident on Nov. 3 in which two pedestrians ignored barricades and entered the pedestrian tunnel beneath the Metro-North tracks when it was closed to foot traffic. Officer-in-Charge Larry Burke said when the pedestrians fled, an officer went to the other end of the tunnel and arrested them for trespassing.

The department also issued 75 parking and 55 traffic tickets, including 20 for speeding.

Burke reminded the board that the village must soon hire an attorney to act as justice court prosecutor for minor traffic violations. In the new year, Putnam County prosecutors will no longer handle such cases. Mayor Dave Merandy said no local lawyers have expressed interest in the job, which last year involved 17 cases for such offenses as driving with a suspended license.

Burke praised officer Bill Bujarski, who worked his last shift on Nov. 19 after serving in the department for 25 years. The board approved hiring officer Scott Morris to succeed him. Burke said he would like to make one more hire to bring the total number of officers to 15. All Cold Spring officers, including Burke, work part-time.

■ The Code Update Committee has completed revisions to the village code. Deputy Mayor Marie Early, who served as liaison to the committee, said the Village Board must now accept or modify the recommended changes to the 500-page document and submit the revised code to New York State by the end of 2020. Committee members met with the Village Board on Dec. 11 to begin a detailed review.

■ The board approved two beer fests to be held at Mayor’s Park, on June 27 and Sept 19. Hops on the Hudson organizer John Sherer requested approval to sell 1,500 to 2,000 tickets for each event but Burke asked that attendance be capped at 1,500, citing parking and police staffing issues, and the board agreed.

Sherer also proposed a Hometown Heroes project in which veterans would be honored on banners hung from Main Street utility poles. Merandy asked him to submit a detailed proposal for the project, which has been adopted by a number of Hudson Valley communities.

■ The board accepted the findings of the EFPR Group’s audit of village accounting practices for the fiscal year ending May 31, 2019.