Accusations of racism leveled at members

The Haldane school board voted unanimously on Wednesday (Dec. 18) to fire girls’ varsity basketball coach Tyrone Searight, who pleaded guilty to a violation this month related to allegations of workers’ compensation fraud. 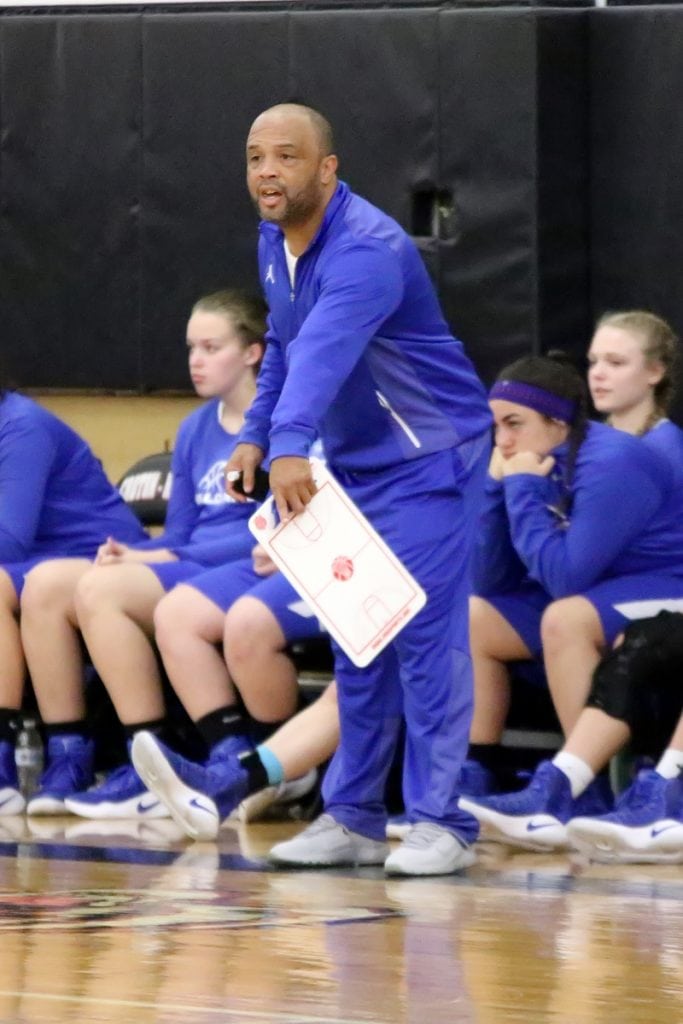 Tyrone Searight on the sidelines of a Haldane game on Dec. 18, 2016, a month after he filed a worker’s compensation claim with the MTA. (File photo by Richard Kuperberg Sr.)

Searight had coached the Blue Devils for 11 seasons. After being arrested on Oct. 29 and charged with three felonies, he pleaded guilty on Nov. 26 to disorderly conduct and paid nearly $17,000 in restitution to the Metropolitan Transportation Authority, which had employed him as a bus driver.

Following his claim in November 2016 that he had injured his knee on the job and could not work, investigators said Searight continued to coach at Haldane and did not appear seriously injured in game videos.

After his arrest, Searight went on leave and the junior varsity coach, Jessica Perrone, was elevated to succeed him.

Unlike most school board meetings, this one drew a packed house. In public comments following the vote, a number of audience members questioned the decision. A Haldane parent, Jennifer Gordineer, claimed there had been teachers “in a lot more trouble than this” who were not fired, compared the termination to “an old-fashioned lynching” (Searight is African American) and said Searight had a bright future because “any school district in the Hudson Valley will be happy to have him.”

Another person called the firing “racist” and others expressed surprise the board was hearing comments only after it had already voted.

Searight, who was not an employee of the district but was set to receive a $6,081 stipend this season for coaching the team, demanded board members “tell me what you’re firing me for.”

After a number of interruptions from audience members, Superintendent Philip Benante told Searight he would receive “something from me in writing.” Benante had recommended to the board that Searight be fired.

During the meeting, the board also approved the appointment of Will Charkowsky as the junior varsity girls’ coach for the 2019-20 season to succeed Perrone, who was coaching both teams. Charkowsky will be paid a stipend of $4,307.

Charkowsky, a Haldane graduate, teaches physical education in the Carmel school district. He played varsity basketball at Haldane and baseball for Mitchell College.