Beacon played in the Dan Dinan Tournament last weekend at Tappan Zee, falling to a team from Virginia, Forest Hills, 74-59, in the consolation round after dropping a 61-47 decision to the host Dutchmen a day earlier. 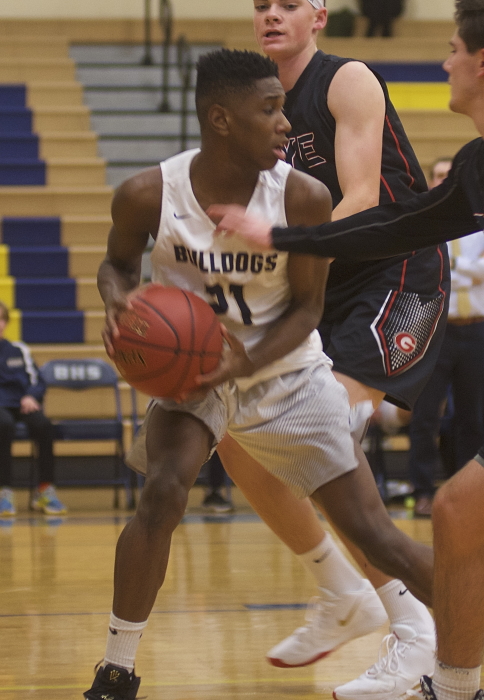 Tsamaj Powell, shown here in a game against Rye, had nine points, five rebounds and two blocks for Beacon in a loss to Tappan Zee. (File photo by S. Pearlman)

“We played against some big, physical teams, and our inexperience showed,” said Coach Scott Timpano. “It was a good learning experience.”

Beacon was set to play Wednesday (Dec. 18) at John Jay Cross River, but a power outage pushed the game to Thursday. The Bulldogs will compete next week in the Dutchess County Coaches Tournament at Ketcham High School in Wappingers Falls, with its opener scheduled for 5:45 p.m. on Thursday, Dec. 26.

Haldane (3-1) defeated The Leffell School, 89-43, on the road on Monday (Dec. 16), and was scheduled to travel to Chester on Dec. 27 and face North Salem on Jan. 4 at Carmel High School in the Putnam Challenge tournament.

Beacon (4-4) defeated Roosevelt High School, 64-32, on Wednesday (Dec. 18) at home. Lejdina Gecaj led the team with 11 points, and Grace Affeldt and Enita Rodriguez each scored nine. “It was nice to get the younger girls in and have everyone play,” said Coach Christina Dahl. “Every player on our team scored, and we hope to carry this momentum to Friday [Dec. 20] at Gorton.”

Haldane (2-2) edged Carmel, 55-54, in the first round of a tournament at Croton-Harmon High School last weekend but couldn’t keep up with the host in the championship game, falling 69-32. The Blue Devils will take on Beacon at noon on Dec. 28 in a tournament at Spackenkill.

Haldane senior Jade Villella was named to the first team of the Class C All-State squad selected by the New York State Sportswriters Association and was also honored as the region’s co-player of the year by the Poughkeepsie Journal. 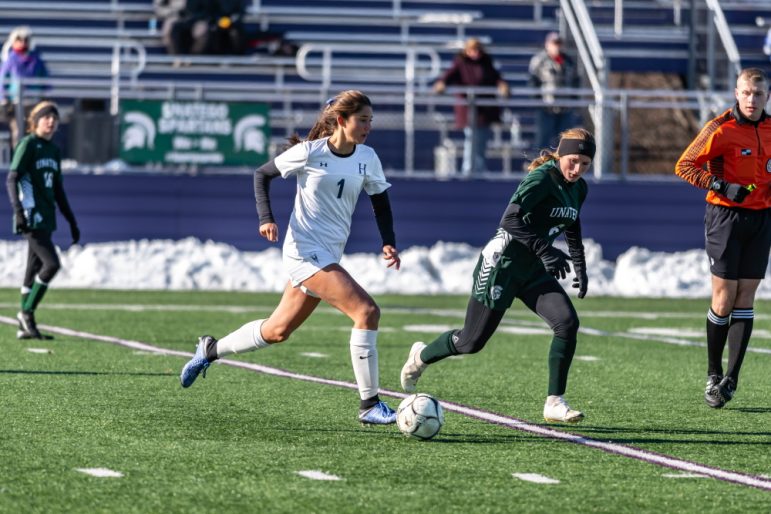 The paper named Steve Schweikhart of Haldane as the region’s coach of the year and included freshman Chloe Rowe of Haldane and senior Analiese Compagnone of Beacon on its first team.