Born Nov. 26, 1937, in Peekskill, he was the son of Raymond and Mary Baisley. He grew up working on the family farm, often completing chores before headed off to school. A graduate of Wappingers schools, he was a star basketball, baseball, and football player. On April 5, 1959, at St. John’s Church in Beacon, he married Filomena, or “Filly.”

Ed was the farm manager at Matteawan until 1977 and went on to own and operate the Ed Baisley Tree Service. He was a former volunteer with Chelsea Fire Department and was an affiliate member of Slater Chemical Company. He was a life member of the Chelsea Sportsman’s Association. He enjoyed hunting and was an avid fisherman. He always looked forward to his fishing trips.

In addition to his wife of 61 years, Filly, he is survived by his children: Edward Baisley (MaryAnne) of Wappingers Falls, Jay Baisley (Carolyne) of Poughkeepsie and Lee Kruger (Christopher) of Hopewell Junction. He also is survived by his grandchildren: Brittany, Ciara, Gavin, Alexa and Eden; his great-granddaughter, Sofia; and his siblings, Robert Baisley, Nancy Giles, James Baisley and Helen Bowers.

A funeral service was held on Dec. 18 at the Straub, Catalano & Halvey Funeral Home in Wappingers Falls, followed by interment at St. Mary’s Cemetery. Memorial donations may be made to any Catholic church. 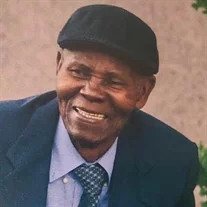 Rupert was a faithful member of the Salvation Army Church. According to his family, he was a hardworking man and before his retirement was employed in construction.

A funeral service was held on Dec. 21 at the Salvation Army Newburgh Corps. Memorial donations may be made to the Beacon Salvation Army Seniors Program, P.O. Box 494, Beacon, NY 12508.

She was born May 30, 1971, at Highland Hospital in Beacon, the daughter of Michael and Joann (Kirzoncic) Lis. She attended Beacon High School.

Laura loved to play pool, and she loved animals, especially dogs and her birds,  Dasher and Piper.

Along with her mother, Laura is survived by her brother, Leo Lis of Hopewell Junction and her longtime companion, Aaron Woods of Poughkeepsie. Services will be private.

He was born in Waterbury, Connecticut, on July 21, 1938, the son of Joseph Robinson and Gladys Staples. Joseph was employed as a plumber and steamfitter with the Plumbers and Steamfitters Union Local No. 21 in Yonkers. He also served in the U.S. Army from 1961 to 1967. Joseph was also a member of the Moose Club, Elks Club, AMVETS and Lost Wheels Motorcycle Club.

He is survived by his wife, Avis Hufnagel Robinson, two children, nine grandchildren and nine great-grandchildren. Services will be private, with interment at the Poughkeepsie Rural Cemetery mausoleum. 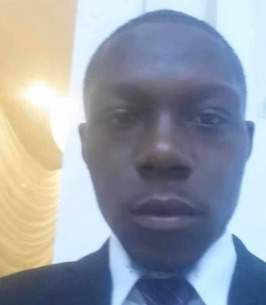 He was born Dec. 15, 1989, in Mount Kisco, New York, the son of Thomas White and Diana (Moore) Brooks. He was a graduate of Beacon High School and was a diehard Philadelphia Eagles fan.

The family will receive friends on Saturday, Dec. 28, from 10 a.m. to noon at the Libby Funeral Home, 55 Teller Ave., in Beacon, where a funeral service will be offered at noon.