The holiday spirit appears to be in full swing at the Dutchess Marketplace on Route 9 in Fishkill, next to Home Depot. Holiday music is piping through the cavernous flea market. Hundreds of vendors hawk everything from new clothing to antique furniture. In the back, between the stalls offering Mexican food, Santa and Mrs. Claus are posing for photos.

But beneath the surface, the mood is somber. Many retailers and customers are saying goodbye, because this weekend and next will be the market’s last days after six years in the space. The indoor market will be open from 10 a.m. to 5 p.m. on Saturday and Sunday and the outdoor market, weather permitting, from 6 a.m. to 5 p.m. 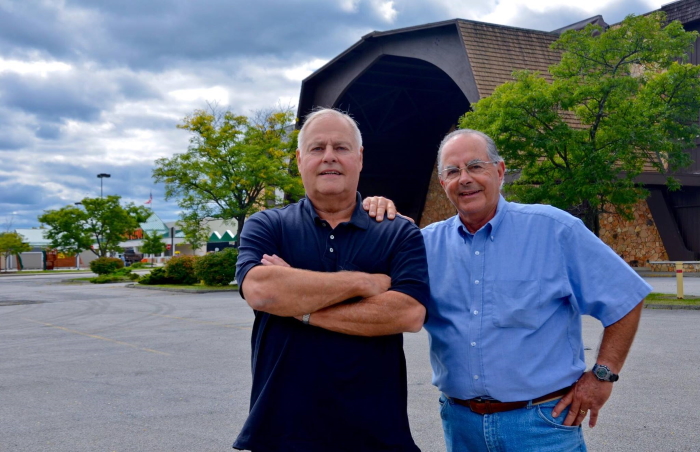 Bill Sabia and Roy Lobosco opened Dutchess Marketplace at the largely vacant Dutchess Mall in 2013 in a two-story, 220,000-square-foot building that had been a post office, an IBM office and a department store. They also operated the market from 1997 to 2004 in a former Service Merchandise store next door, before the building was demolished to make way for Home Depot.

At its height, the latest marketplace had more than 300 indoor vendors and another 140 outside, Sabia said.

Sabia said the owner of the building, the Brooklyn-based firm JW Mays, told him in May it would be ending the lease. The firm hired Rob Hebron, a real estate agent with Ingram-Hebron, to find new tenants. 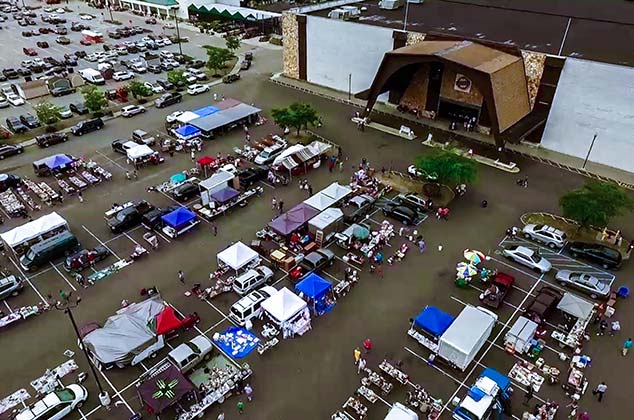 The Dutchess Marketplace has both an indoor and outdoor flea market. (Photo provided)

“Look, my wife and I are big antiquers,” Hebron said. “We love the market. But hopefully it’s going to become something that’s going to lift the community up further, instead of just a shopping venue.”

One tenant has committed to the space: Dutchess Community College signed a 15-year lease to move its Wappingers Falls campus into 50,000 square feet on the second floor, with classes expected to begin in August. The school said in a statement that the move “would better accommodate the needs of those who live and work in southern Dutchess and Putnam counties.”

Hebron said he also hopes to find a day care, gym and restaurant, which he believes would make the building into “kind of a mini-Google campus.”

That hasn’t appeased many Dutchess Marketplace vendors. One, who declined to give her name, responded that “we need another gym, day care center and restaurant like a hole in the head.” 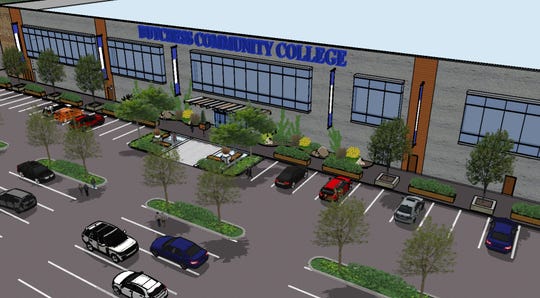 A rendering of the plans to convert the upper floor of the building into a satellite campus for Dutchess Community College.

She said she and her husband, who sell ceramic figures and collectible toys, have been vendors at the market since it opened. “I love my stuff,” she said of the figurines lining her stall. “I have a small house and I can’t live with it all myself, so I get to enjoy it here.”

They learned of the closure, along with the other vendors, over the summer. The couple have moved some of their inventory to the Newburgh Vintage Emporium, but because it sells on consignment, there’s no space for them, only their wares. 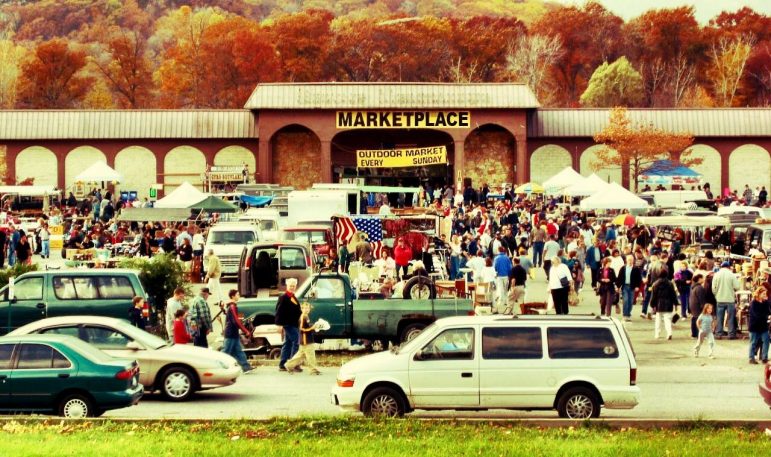 The original market at the Dutchess Mall (Photo provided)

She said she and the other vendors have become friends over the six years. Because the market was only open on weekends, she said it typically attracted sellers who were retired or semi-retired. Some supplemented their income, but the market also provided an opportunity to socialize. “Tonight, we’re going out to dinner, we’re celebrating a birthday,” she said. “That’s what we’re going to miss.”

Another vendor, who also declined to be identified, works with a real-estate agency to clean out homes for resale or rental, selling the goods secondhand. He said “outdoor shows are plenty. It’s the indoor shows that are hard to find. Very rare.”

He said he’s heard there is another indoor market set to open about an hour west, in Middletown, but the waiting list is already 20 vendors deep.

Sabia said he and Lobosco are searching for a new venue and volunteered that “something’s in the works.”

One thought on “Dutchess Marketplace to Close”