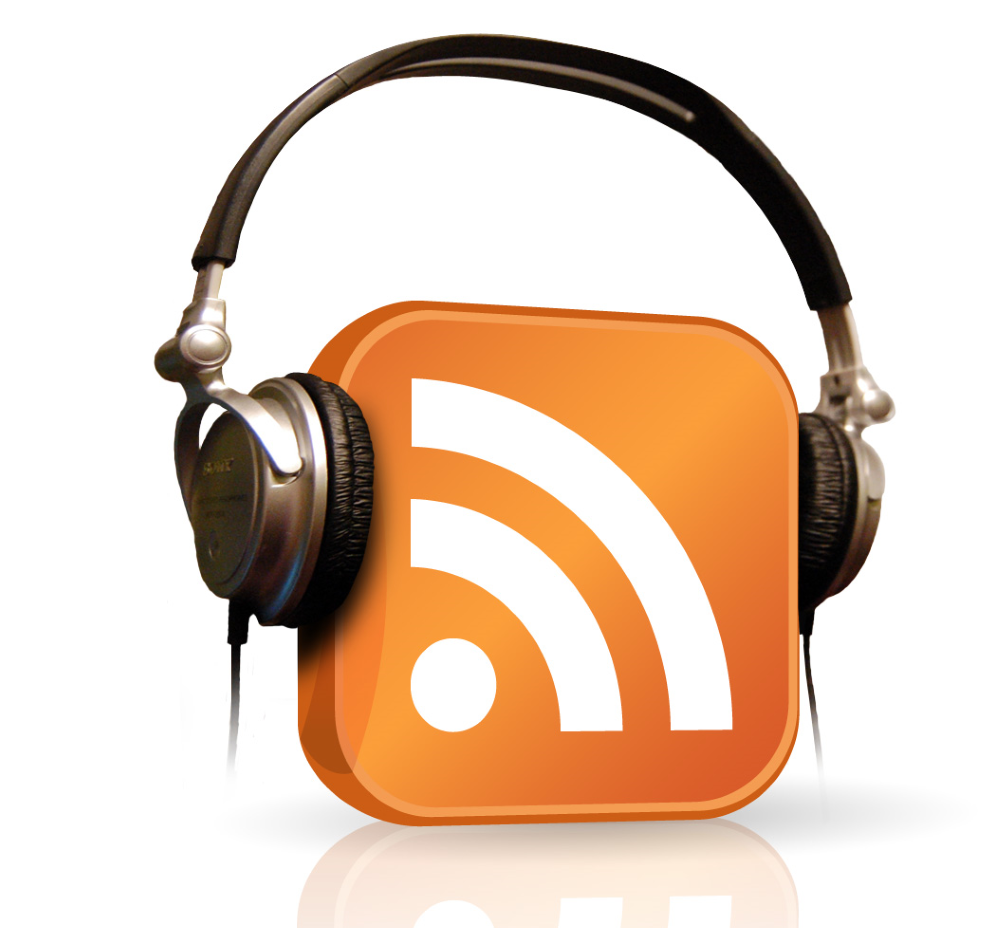 A guide to local podcasts, from cooking to movies to travel and careers

By one estimate, there are more than 700,000 podcasts in more than 100 languages drawing 32 million American listeners each month — including a number produced, and heard, in the Highlands. Here are six.

“We didn’t set out to make a podcast. Our goal was to find the best medium to build and make accessible an extensive library of interviews that could be used as a resource. We chose podcasting because guests are more at ease without cameras and the portability allows listening while engaged in other activities.” “People share their professional life stories; shedding light on what it’s like to work in their field, what led them to it, what they find interesting, satisfying, distasteful, what surprised them, what they wished they’d known beforehand, and what they might do differently. It’s geared toward helping teens, young adults or anyone faced with the daunting dilemma of what to do with their lives. We’ve seen so many young folks struggle with this decision and try to make sense of our world and their place in it. The goal is to provide the unvarnished, honest truth of what it takes to work in a multitude of professions.

Why do it?
“I run a cooking school and have published a cookbook, so this was another avenue to reach people to teach them how to cook. It’s a ton of fun and gets me out of my own space and back into people’s home kitchens, where I started. Most of the expenses were one-time — recording equipment, logo design; the only ongoing cost is a sound engineer who helps me make the kitchen recordings sound vaguely professional.” 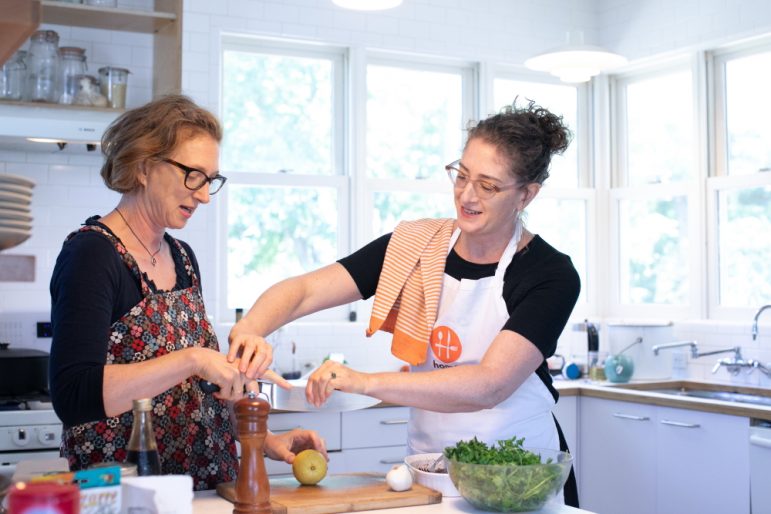 What is it?
“For each episode I go into my guest’s home kitchen to teach them a dish they’ve always wanted to learn. [The Dec. 24 episode will be “Lamb Chop-Off” recorded in Beacon with photographer Meredith Heuer.] I love focusing on how to make something listeners can’t see into something palpable and hunger-inducing. The kitchen itself is filled with so many great sounds: Chopping, sizzling, stirring.

“Recently, I experimented with having my guest teach me how to cook something. It allowed me to be a curious student. I may give equal play in the future to being the student, because it’s more about teaching listeners and using me as the vehicle.”

Why do it?
Robby: “We were producing podcasts for three years when Mike Burdge, the founder of Story Screen Beacon, asked us to spearhead an effort to get podcasts for his website. It now has many shows, all centered on conversations about movies between friends. What struck me about the format was how casual yet informed it was.”
Jack: “Robby and I were close friends long before we started podcasting, and we bonded over long chats about games, movies and television, so having the same conversations in front of a microphone came naturally.” What is it?
Jack: “Robby and I go to see a movie and we share our first impressions. We wanted to capture the kind of energy you have when you leave the theater and turn to your friends and say, ‘What did you think?’ Often we find ourselves working out how we feel about a movie in real time; our feelings can evolve over the course of the show.”

Why do it?
“I’d been thinking about doing a Beacon podcast and 2020 felt like the right time, especially with the rise in development and the impact on people and business. I host an unrelated podcast as part of my day job [as editor of a trade publication] and the medium is great for conveying specialized information in an on-demand format. My hope is that it will be a platform for people who are doing cool, interesting and important things. It will be a point of entry to learn, engage and help create the next version of Beacon.” 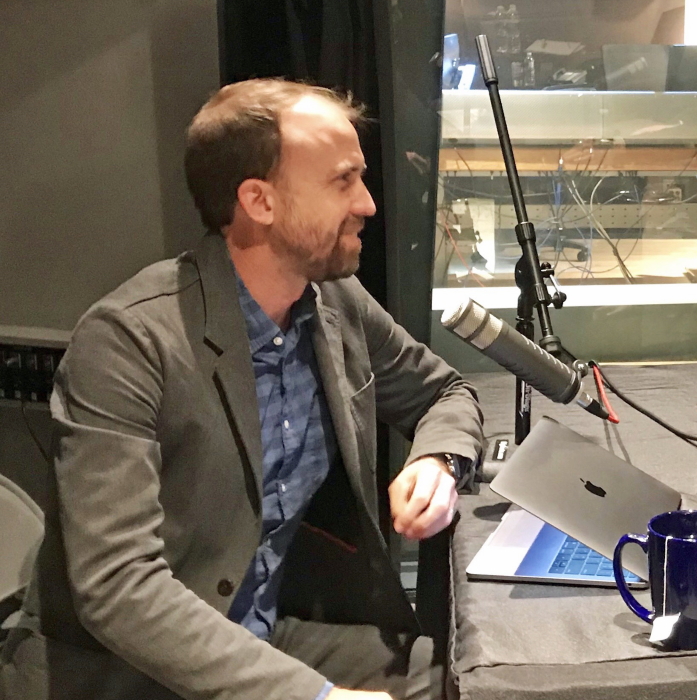 What is it?
“The first episode will be an interview with outgoing Mayor Randy Casale and subsequent weekly episodes will feature a range of local figures, including artists, business owners, naturalists, elected leaders, developers, educators, musicians, religious leaders and other characters telling their stories and helping to articulate a vision for the city. The episodes are recorded at the Beacon AV Lab, a recording studio and audio/video workshop at the old Beacon High School.” Why do it?
“Podcasting started as a voice diary, which grew into repurposing the content and sharing it as a podcast. Voice technology will be massive in the future. We’re already experiencing it with Alexa and other devices.”

What is it?
“It’s focused on food, cooking, recipes, nutrition tips and cannabidiol, cannabis and hemp. Each episode is 5 to 30 minutes. I’m a cancer survivor and my goal is to provide listeners with tools, knowledge and ideas that inspire them to become skillful eaters.” Why do it?
“Podcasting is the perfect method to conduct interviews because you can listen to them on the road. I have a podcast studio I made in my apartment that came out kinda cool.”

What is it?
“I published a book last month called Vagabond Secrets: A Beginner’s Guide to Traveling the World. On the podcast, which will debut Feb. 1, I will interview famous travelers and ask them how they do it. We’ll chat about everything travel.

“I love travel because I was stuck at an infamous ‘therapeutic boarding school’ when I was kid and became obsessed with Kerouac and beatnik literature — the idea of pure freedom. When I was 16, I ran away and lived on the road, hitchhiking. Travel was the place I went to clear my head and get my life on track. I’ve been a traveler my whole life and hold the Guinness World Record for the longest journey by car in a single country [the U.S.]. It’s the one thing that has always been there for me: hitting the road.” Why Do People Listen — and Produce?

Ryan Biracree, the digital services coordinator at the Desmond-Fish Public Library in Garrison, believes podcasts have thrived because “they offer an intimate, personal connection — most listening is done through earbuds or alone in the car — while demanding little from the listener.

“They’re also inexpensive to produce and often free to distribute, so there’s a lot of freedom for niche interests and marginalized voices to find an audience,” he added. “The audience need not be enormous to make the podcast worthwhile.”

Biracree recently led a team of students from the Garrison School which, over six weeks, produced “a truly fun and truly hilarious” podcast called Flamingo Dogs. “As they sat in front of the microphone, with no camera to worry about, their brilliant and delightfully unhinged personalities shone in ways I don’t think they would have if they hadn’t had the freedom to just use their voices,” he said.