Rep. Sean Patrick Maloney, a Philipstown resident whose House district includes the Highlands, on Wednesday (Dec. 18) termed twin votes to impeach President Donald Trump “as necessary as they are heartbreaking.”

The House voted along party lines, 230-197, to impeach Trump for abuse of power and 229-198 to impeach him for obstruction of Congress. The president now faces a trial in the Republican-controlled Senate.

Maloney, of the 18th District, and Rep. Antonio Delgado of Rhinebeck, from the 19th District, were among 28 Democrats who voted for both articles of impeachment and represent districts where Trump won the race for president. 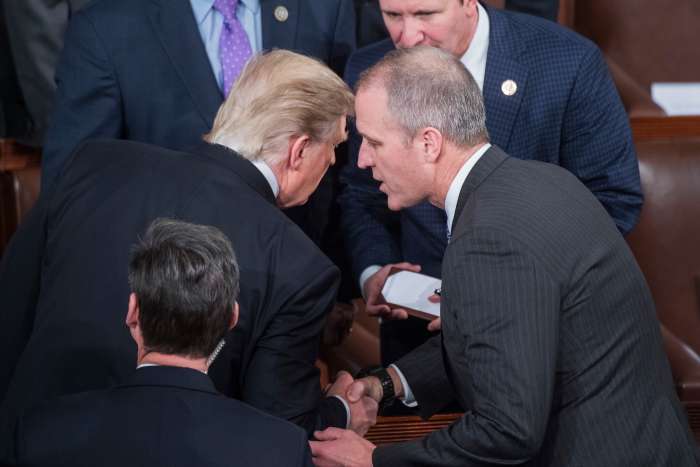 In 2-minute speech before on the House floor before the vote, Maloney attributed impeachment to an obligation “to support and defend the Constitution” and to Trump’s own “mendacity” and misdeeds.

“It’s the president, not any member of this House, who has brought us to this sad place,” said Maloney, a member of the House Intelligence Committee, which investigated  Trump’s actions.

“Today is about right and wrong and whether we still know the difference,” Maloney said. He emphasized that the House holds the president accountable, because failure to do so would allow future presidents to regard “corruption as without consequence. And there our democracy goes to die.”

Maloney’s position has evolved in recent months. In May, he said he preferred voting Trump out of office as “the biggest and best opportunity” to remove him. Two months later, he said he would support impeachment if the House compelled a vote but still considered an electoral victory and “aggressive oversight” as preferable.