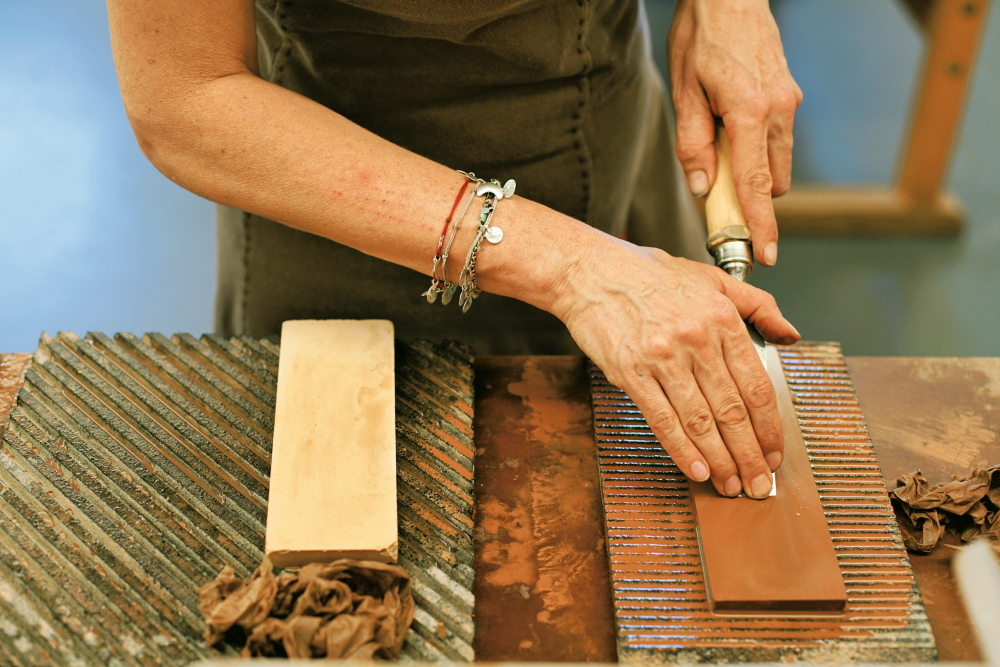 Using a back-and-forth rocking motion on a sharpening stone, Falick hones the blade on a chisel to create the sharpest edge possible. (Photo by Rinne Allen)

Melanie Falick was attending a professional workshop — she directed a crafting imprint for the Abrams book publisher — when the speaker’s concluding remark upended her. 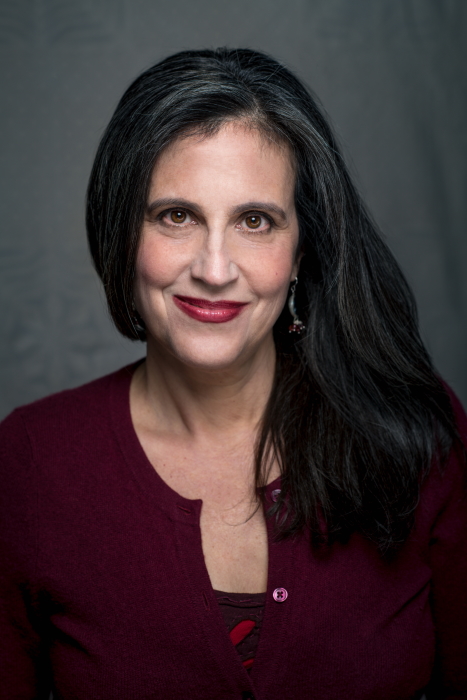 “He held up a simple wooden boat that he had carved for his grandson,” recalls Falick, who lives with her family in Beacon. “With that small handmade object, he reminded us to never let the lure of technology or business overshadow the value we place on working with our own hands.”

Three years later, Falick left her job after two decades in the book industry. She had no plan, but was certain it was the right move. “Although I was making a good living, I was no longer making a good life,” she says. “I knew that if I didn’t make a change, I would come to regret it.”

She began to write a book, Making a Life: Working by Hand and Discovering the Life You Are Meant to Live, which was published in October by Artisan and received starred reviews in Publishers Weekly and Booklist. In 30 chapters, Falick profiles people who make things. The theme is the inspiration of a “maker film festival” Falick is helping to organize for February at Story Screen Beacon.

“The meaning of life for thousands of years was to stay alive. Now we have machines and it’s like, ‘What do we do?’ ” she explains. “Your hands are the most extraordinary tool we have. There’s so much within our own reach. This book is a call to action to stand up to this idea that what we are doing is not crucial to our wellness.” 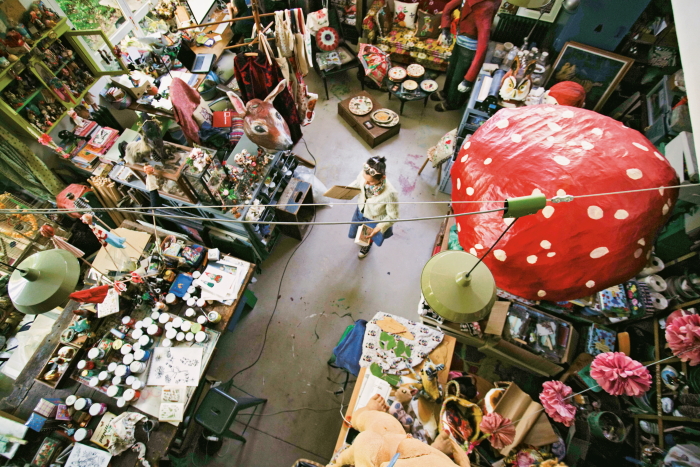 A two-level studio features the work of Nathalie Lété, maker of fabrics, puzzles, dolls, lunch boxes, wallpaper and much more. Located in a suburb of Paris, it is a former iron factory. (Photo by Rinne Allen)

To find her subjects, Falick followed leads around the U.S., India, Mexico and Europe from “one person and place to the next.” She “explored, listened intently, took notes, made things.” She visited farms, factories, traditional craft-making villages and home studios, all with the goal of “honing my perspective on what it means to make by hand and start to comprehend how it relates to economic development and globalization.” Photographer Rinne Allen often accompanied her.

“As makers what we do is often regarded as ‘other,’ a hobby, a little frivolous, artsy, as if it’s not serious because you don’t necessarily make a lot of money, or have a fancy title, but using our hands to make things is part of our humanity. Even if what you’re making is not necessary for physical survival, it is essential for our spiritual survival.” ~Melanie Falick, in Making a Life

Falick says she felt validated about some of her own life choices while putting Making a Life together. 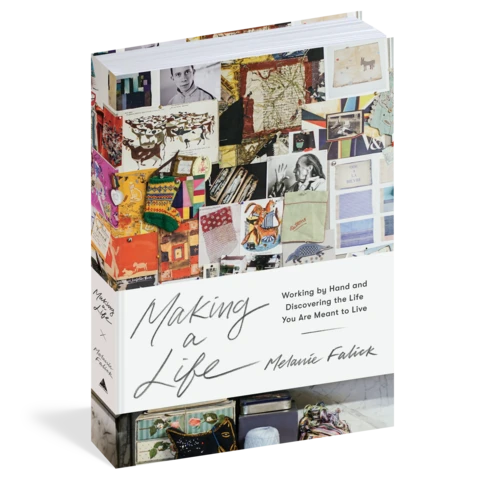 “These were all ideas that I’ve been thinking about, but the more time I was able to investigate, the more grounded and clear I felt about my desires,” she says. “It’s confusing because you’re pursuing this life you’ve been told you want and a lot of times you feel out of sync and you can’t put your finger on it.

“When I was at Abrams, and thinking about leaving, I was fixated on things like retirement accounts. When you’re in a culture that instills this fear that if you don’t have all these things you’re not going to be happy, you forsake your own wellness in the present. Time is our most precious commodity and we’re actually pretty frivolous about it.”