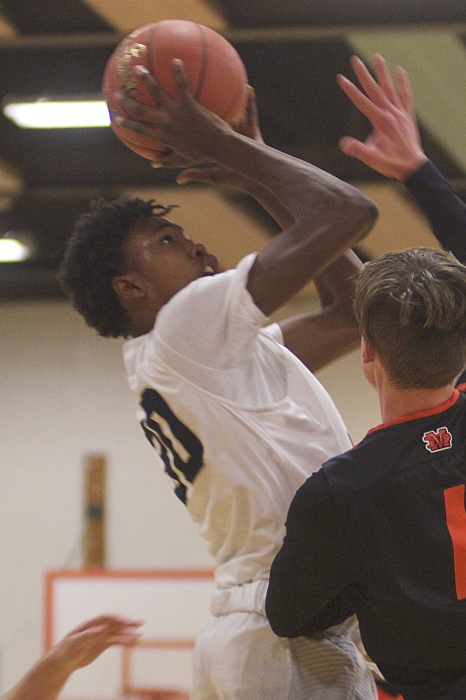 “We got off to a great start,” said Beacon Coach Scott Timpano. “Marlboro fought back, and it was tight in the fourth, but we never let them take the lead. We played well down the stretch; it was definitely one of our better performances.

“Jason Komisar gave us eight points and nine rebounds; he had a really good game,” Timpano added. “He was a monster all-around.” 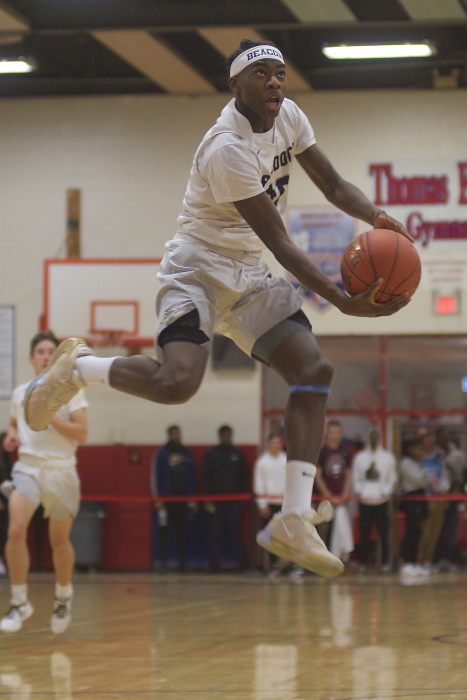 Beacon’s Tre Smith (10) soars to the basket against Marlboro. (Photo by S. Pearlman)

Beacon closed out the tournament on Monday (Dec. 30) with a 72-59 loss to John Jay of East Fishkill. Hayes led the Bulldogs with 18 and Smith added 11 points.

“We actually played a great game,” Timpano said. “We were up one at halftime, and in was close in the fourth. But we had a series of bad possessions, and Jay hit 3 three-pointers and took the lead. That put us out of it.

“Quazir had a good game for us,” the coach continued. “He can score in a lot of different ways for us. And Tre is always aggressive; he played his butt off.”