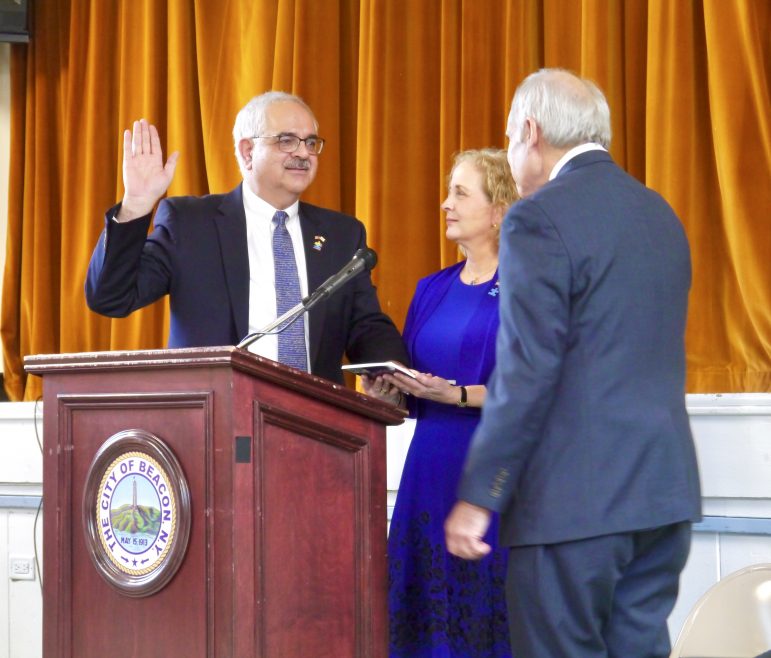 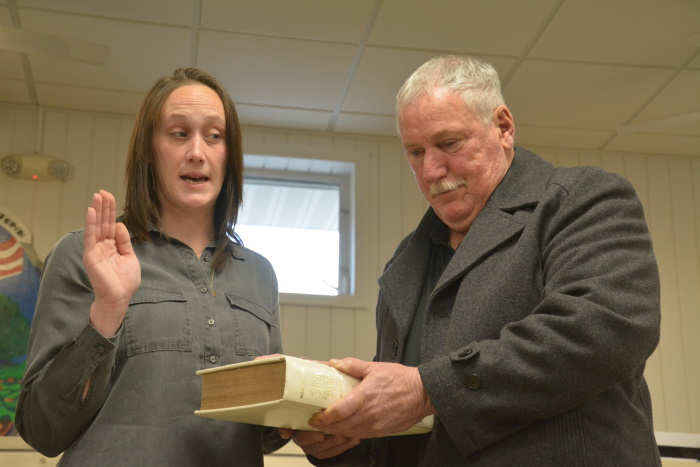 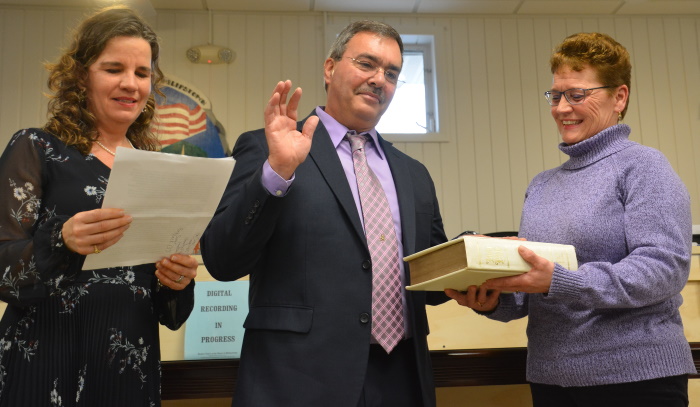 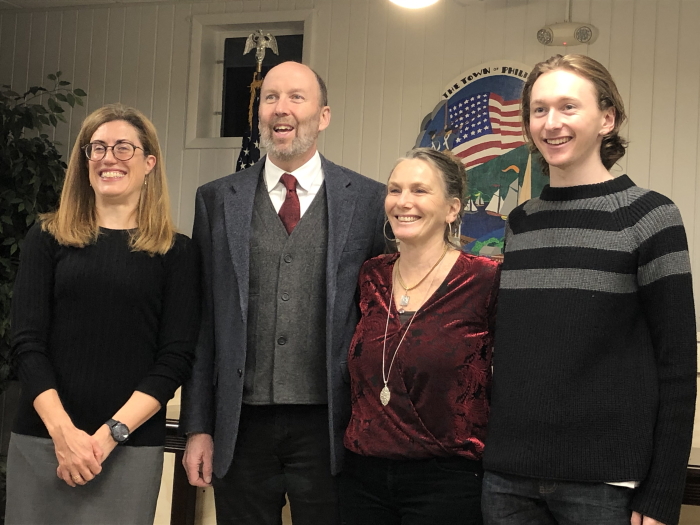 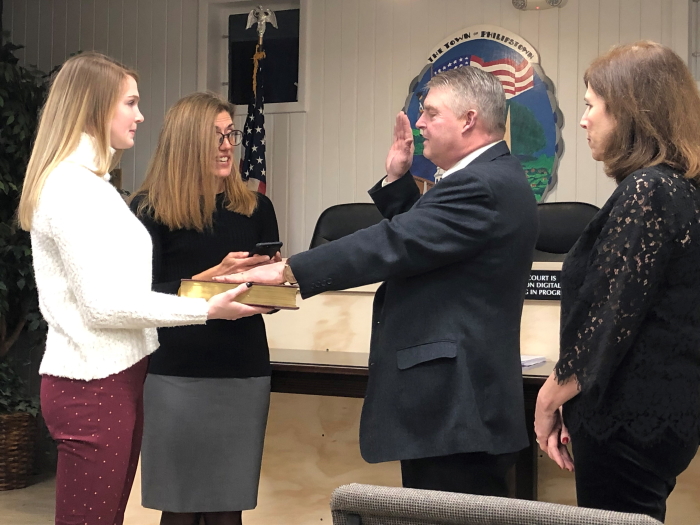 Returning Town Board Member Robert Flaherty were sworn in by Philipstown Justice Camille Linson on Jan. 3. (Photo by Kathleen Foley) 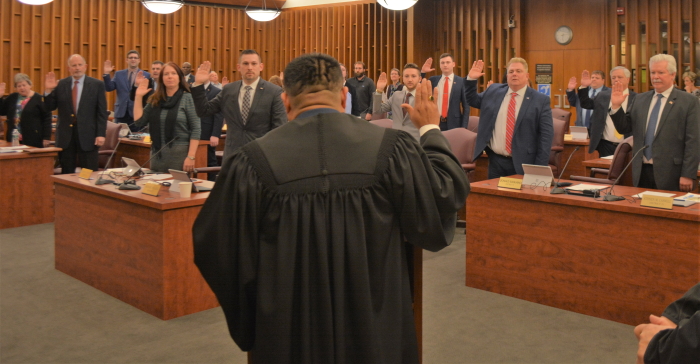 Twenty-four of the 25 Dutchess County legislators, representing Beacon, Poughkeepsie, eight villages and 20 towns, were present on Jan. 7 to be sworn in for new two-year terms. Gregg Pulver was also re-elected as chair. (Photo provided)

One thought on “Newly Elected Officials Sworn In”