Officers responded to 895 calls, including 38 auto crashes and 23 domestic disputes.

A caller on East Main Street reported damage to vehicle as a result of hit-and-run.

A caller on Edgewater Place reported windows broken and damage to equipment.

A caller on Fishkill Avenue reported finding a counterfeit bill.

A caller reported being harassed by someone who lives in same complex.

A caller on Main Street reported packages stolen from porch.

Luis Jordan, 60, of the Bronx, was charged with criminal possession of a forged instrument and criminal impersonation.

A caller on Main Street reported being assaulted by a group of individuals.

After a report from Dinan Street, Michael D. Pelaccio, 31, of Wappingers Falls, was charged with burglary.

Devin S. Davenport, 31, of Beacon, was processed on an arrest warrant.

A caller on Iris Circle reported a dog bite.

State police troopers arrested Christine M. Maiolo, 38, of Beacon, on charges of driving under the influence. They said she was traveling on Route 52 in Fishkill when she was stopped for a traffic violation.

A caller reported a sink converted into a planter was missing from the front of his place of business.

After a traffic stop on Wolcott Avenue, Michael P. Colonna, 51, of Wappingers Falls, was charged with having a false inspection certificate.

A caller on Verplanck Avenue reported his parked vehicle being struck by another vehicle that left the scene.

A caller on Route 9D reported backing into a car that was standing in a no-parking zone.

After a traffic stop on Hillside Road, Claudia M. Sandoval-Alonz, 36, of Carmel, was charged with circumvention of an interlock device.

After a traffic stop on Route 9D, Michael P. Jones, 27, of Beacon, was charged with having a false inspection certificate. Jones was stopped again on Dec. 31 and charged with aggravated unlicensed operation.

Richard O. Frazier, 46, of Poughkeepsie, was processed on a bench warrant.

Benjie R. Ventura, 24, of Walden was charged with two counts of criminal possession of stolen property and two counts of petit larceny.

State police troopers arrested Sean J. Ferguson, 31, of Cold Spring, on charges of driving under the influence. They said he was traveling on I-84 in Southeast when he was pulled over for an traffic violation. 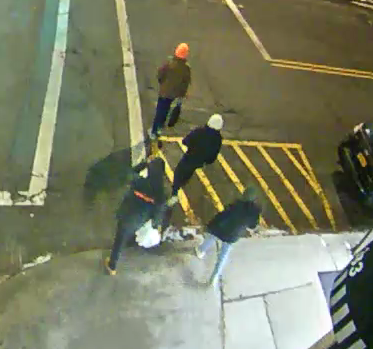 On Jan. 10, Beacon police announced the arrest of four men: John Skivington, 24, Bryan Nava, 22, and Niko Beckles, 24, all of New Windsor; and Carlos Reyes, 21, of Newburgh. Each was charged with criminal mischief, making graffiti and possession of graffiti instruments.

A caller reported the license plates stolen from her vehicle.

Rene Marie Barnes, 43, of Standfordville, was processed on a bench warrant.

A caller reported that fraudulent PayPal accounts have been opened in her name.

After a report of an unwanted party on North Avenue, Tevon D. Dickey, 19, of Newburgh was processed on an arrest warrant.