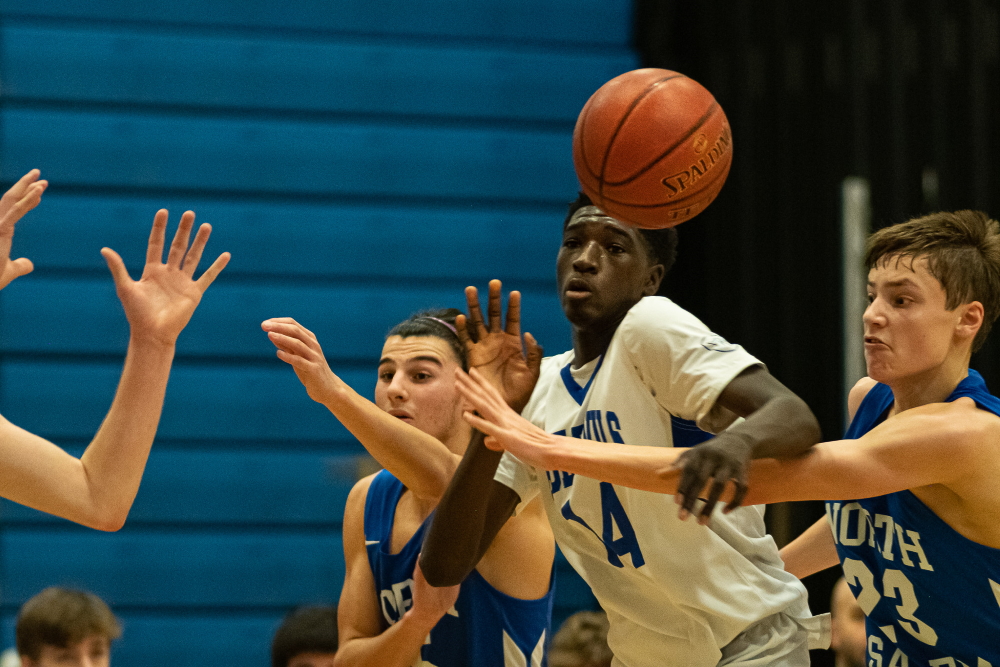 The Haldane High School boys’ basketball team opened league play on Saturday (Jan. 4) at the Putnam Challenge hosted by Carmel High by picking up a 48-39 victory over North Salem.

Despite the final score against North Salem, Coach Joe Virgadamo said he didn’t like the way his team started the game.

Battle of the Tunnel

The Haldane boys’ basketball team will host Beacon on Friday, Jan. 17, in the inaugural Battle of the Tunnel. Game time is 6:15 p.m.

“We’re hoping it’s the first of many,” Haldane Coach Joe Virgadamo said. “It’s been over 50 years since we played the Beacon boys, and Coach [Scott] Timpano and I agreed that we should play every year. There are a lot of Beacon-Cold Spring connections. And we will have a nice trophy cup that the winning team will hold on to.”

“We didn’t bring the energy and intensity we usually have,” Virgadamo said. “We did have a nice run in the second, and led 27-14 at halftime. But in the second half we played lackadaisical, turned the ball over, opened the door for them. We were lucky to pull out that win.

“The message we take from that is — the clock is ticking, and we need to improve. If we play like that in March [during the state tournament], we have no shot.” 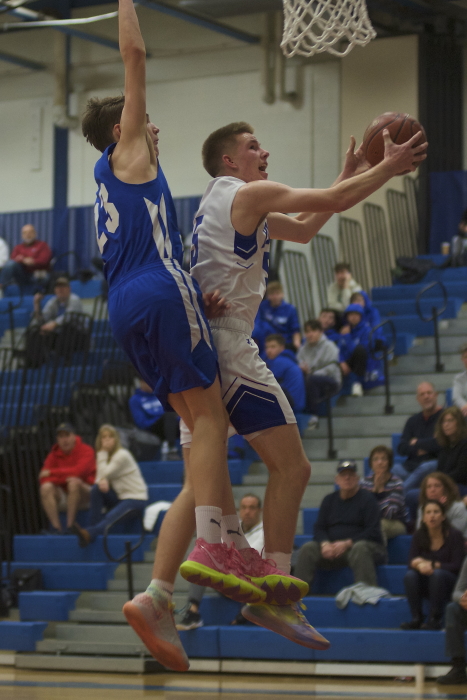 Haldane’s Matt Champlin takes the ball to the hoop against North Salem at the Putnam Challenge. (Photo by S. Pearlman)

“Diba has been our most consistent player,” Virgadamo said. “He plays hard every game, scores, rebounds, and makes his teammates better. And he is coachable. Without him, we may not have come up with a win in that [North Salem] game.

“Dan Santos has also been good for us, and a huge part of our success,” he added. “Champlin has been showing it in spurts. He’s trying to find his potential. Alex [Kubik] gives us great energy and intensity. [Sophomore] Soren Holmbo and Matteo Cervone have gotten better and better. Both of them can take over a game. And [senior] Darrin Santos has played great defense.”

In the Blue Devils’ win over Biondi, Champlin lead the way with 23 points and Diba added 20. Kubik had 15 points and nine assists, and Christian Pezzullo scored nine.

Haldane is scheduled to travel to Pawling on Tuesday, Jan. 14, for its second league game.