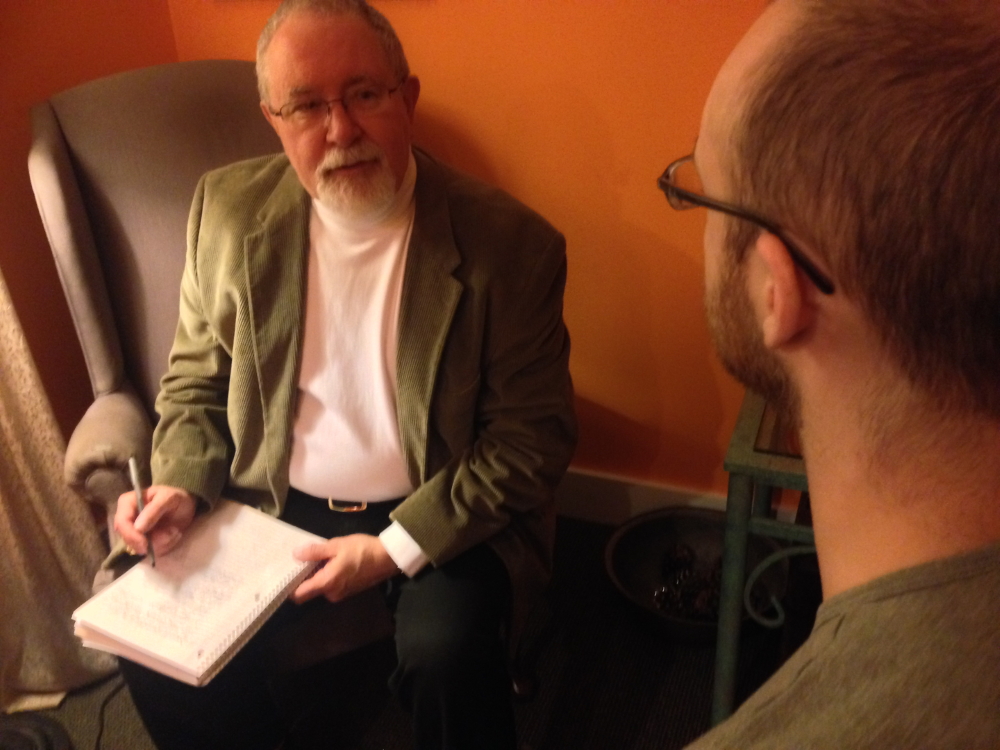 David Haviland is a psychotherapist in Cold Spring and the author of Angry Like Me.

Have you struggled with anger?
Yes. Hence the title of my book. I grew up as one of 11 children in an Irish-Catholic family in lower Westchester. I remember watching the meatloaf platter being passed around and wondering if I would get any, and also never being able to use our one bathroom. From that I think I developed a level of impatience that fuels my anger. My trigger might be standing in line at ShopRite in Fishkill with one item behind someone digging for a coupon while I’m late for an appointment in Cold Spring. That’s where I am vulnerable.

You spent 25 years as an advertising creative director. Why the switch?
When I was in college studying communications, I wanted to make a lot of money doing famous ads. I was at CBS for many years, and Viacom. I enjoyed it, but there was so much [office] politics. I wanted to do something meaningful. In 2003, I finally said to my wife, “It’s going to be hard for us, but I’m going back to school.” I went from being a creative director at Viacom to working in a group home. After I graduated, I opened a private practice in Cold Spring but also took a job as the advertising copy chief at Toys R Us — I was the voice of Geoffrey the giraffe. Two years later I took a huge pay cut to join the psych unit at Saint Francis Hospital in Poughkeepsie.

Are people predisposed to be angry?
There’s probably some of that, but to me it’s about shining a light on childhood trauma. I had one patient who was mandated by the court to see me. Somebody had bumped into him on the road and he got out of his car and smashed their windows with a garbage can. I asked him, “Where do you think that comes from?” He grew up with an abusive father but always stifled his anger. I said that every time he exploded, some of that anger was bubbling out like lava. He was expressing it in bits and pieces. It’s like a reflex. I’ve seen the anger of mental illness, but when a person gets medication they are sorry. Anger is more of a developmental problem.

Is there more anger now than in the past?
I think so. Look at all the anger in this country. One of my daughters said to me, “It seems like everyone wants to punch everyone else in the face.” Our leaders have given us permission to express the worst side of ourselves. Put that swastika up! Let ’em know how we feel! Some people are broken. They will victimize others and unleash their anger on them and insist, “I have a right to do that.”

Someone cuts you off in traffic. What’s the response?
I tell patients, you have to turn the kaleidoscope. People take getting cut off as a personal affront. When we believe that, we tailgate, our blood pressure rises, we scream, we get out of the car. There are consequences for those responses. The person who cut you off may have been careless, but it also might have been something else. Maybe they are upset about a phone call. Maybe they are trying to get to the hospital. Before you get behind the wheel, understand that getting cut off may trigger you, and give other drivers the benefit of the doubt. Be willing to turn the kaleidoscope to see the other possibilities. You weren’t hurt, the car is OK; understand it happens and let it go.