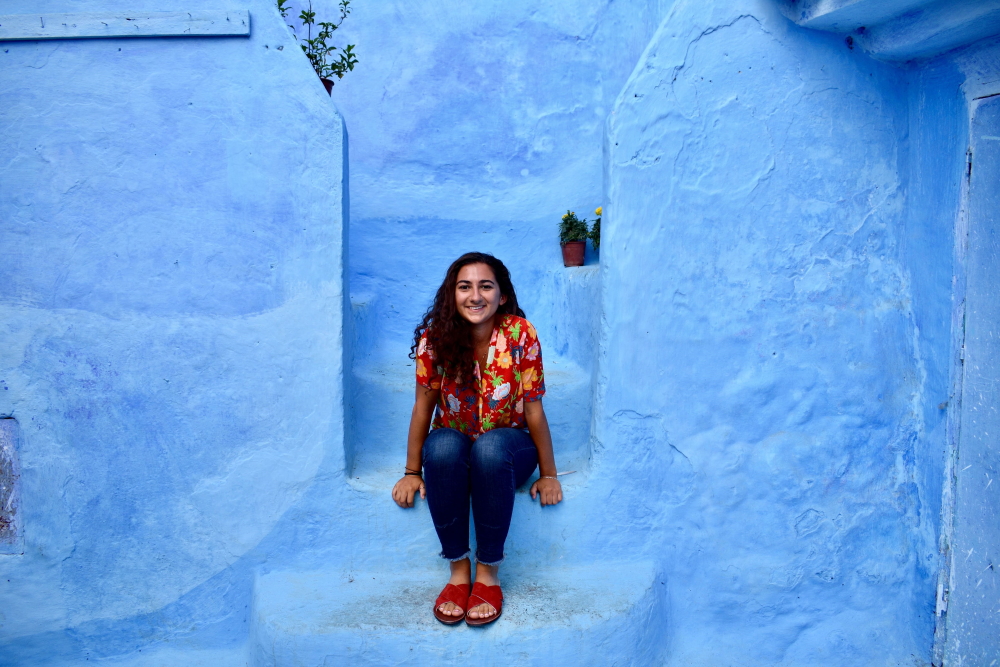 After taking an interest in the Middle East in college, Adriana Curto wanted to improve her shaky Arabic language skills. She thought a two-year assignment in the Peace Corps would help, but its programs in Jordan and Tunisia had been discontinued for security reasons. That left her with one Arabic-speaking option: Morocco.

“I clumped it in with the Middle East, not realizing how North African it is,” says Curto, who was known as “AJ” while growing up in Cold Spring. “I don’t think I’d ever met a Moroccan.”

Curto’s interest in the region was sparked during her freshman year at Syracuse University, where she lived in a “learning community” with a number of international students. She also took a class called Representations of the Middle East and, as a senior, spent a semester in Istanbul and later worked as a volunteer for five weeks at a refugee camp in southern Lebanon. 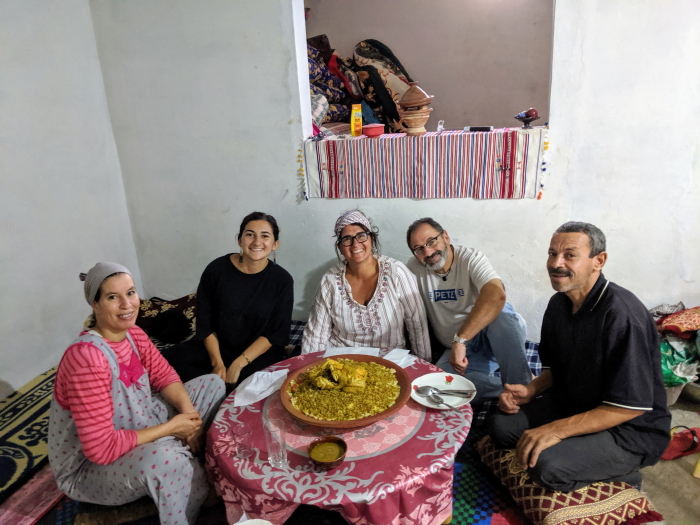 “People were living at minimal standards,” she recalls. “I became enraged and confused over the situation. You watch the news and so much is displayed as negative and traumatic and a place of war and sadness. I knew going forward I wanted to be an advocate.”

After returning to Cold Spring, she applied for the Peace Corps, which sent her to Rabat, Morocco’s capital, for training, which included eight hours of daily lessons in Arabic.

“We had a Moroccan facilitator who helped with anything and everything — how to eat with our hands, or how to use a public bathhouse where you’re scrubbed down for four hours by a group of women! It was incredibly structured, and exhausting. I never felt comfortable, but being comfortable in the Peace Corps doesn’t exist,” she says. 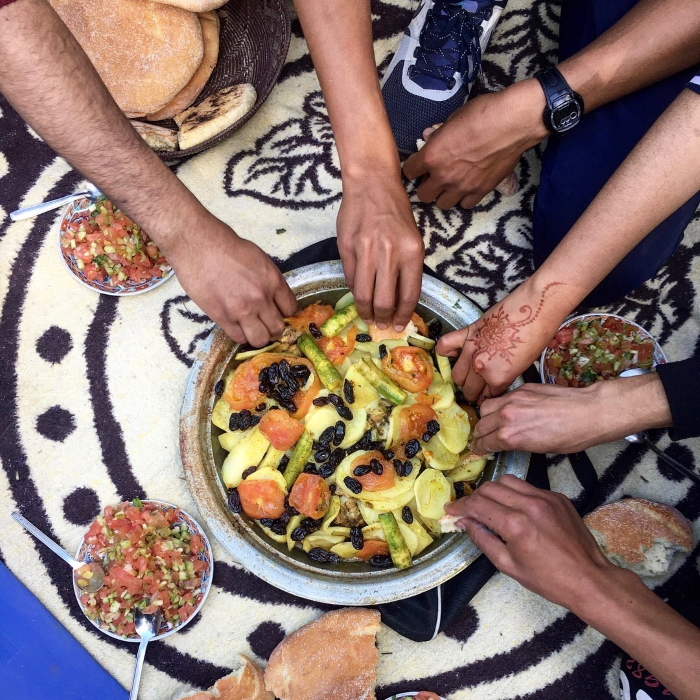 Curto and a group of students eating tajine, a local dish (Photo provided)

The next step was more challenging. Curto was assigned to Talmest, a town about an hour from the coastal city of Essaouira, where she moved in with a family with three children.

“The dad was working in Mauritania and not in the house,” she says. “My host mom was illiterate because she never got to go to school, and she worked hard. She took it as her mission to make me feel comfortable in her home. If you looked at her, you would think we had nothing in common, yet she’s one of the most incredible people I’ve ever met.”

Curto said her presence in the rural village initially caused a stir. “One day this 23-year-old American girl shows up,” she says. “People were curious. You cannot jump right into work. People in that culture strongly emphasize their relationships. It was so important to become respected and trusted, and to explain why I was there. This meant going to houses six times a day, invite after invite.”

During that first year, volunteers are instructed to “find out what the community needs, not what you think it needs.” The second year is for a project. “I put pressure on myself, thinking ‘I’ve been here six months and I’m not working,’ but I learned that my concept of work was not the Moroccan way,” Curto says. “It’s more about sitting down at a family meal, eating couscous, telling them about America. That’s work.”

Curto says she fell into a funk at the start of her second year, when faced with finding a project. She found strength in an unusual place: an aerobics class at a local gym. She was able to build relationships with a different group of Moroccans and the male instructor, a hiker and outdoorsman, had ideas for her. The project that resulted was an outdoor leadership program for men and women  that included eight trips all over Morocco, including to the highest peak in North Africa.

During her time abroad, Curto was, naturally, asked for her opinions on politics, although the Peace Corps suggests volunteers remain discreet. Curto says she never discussed Moroccan politics, and when U.S. politics came up, “I tried to steer the conversation to the diversity in America.”

Attitudes toward gender were more challenging. “When I saw the responsibilities thrown on women, while men sat at cafes for hours talking, it bothered me,” she says. “But at the end of the day I was a guest in the country and I could’t come in and critique. It taught me to try and look at things through different lenses.”

Religion was also a significant focus. “It’s 99 percent Muslim, so that’s rooted in so many aspects of daily life,” she says. “I had to figure out how to comfortably respond to questions about my beliefs. I’d usually answer ‘I’m just learning’ [about Islam].” Curto says she participated in Ramadan and fasted from sunrise to sunset as a show of gratitude toward her host family.

Coming home after two years was difficult, she says, but “Moroccans say, ‘We don’t say goodbye, we say next time,’ so I’ve gone with that.”

Curto says she feels the Peace Corps, which was founded by President John F. Kennedy in 1961, “is so important to show that American people are kind and generous and intelligent. That’s not being shown in the news, so now more than ever there’s a need for person-to-person cultural exchanges, question-asking, and opening our minds and eyes to the rest of the world.”

What is Ramadan?
Q&A with Loubna Bensasi
CLIMB Project

One thought on “An Arabic Adventure”