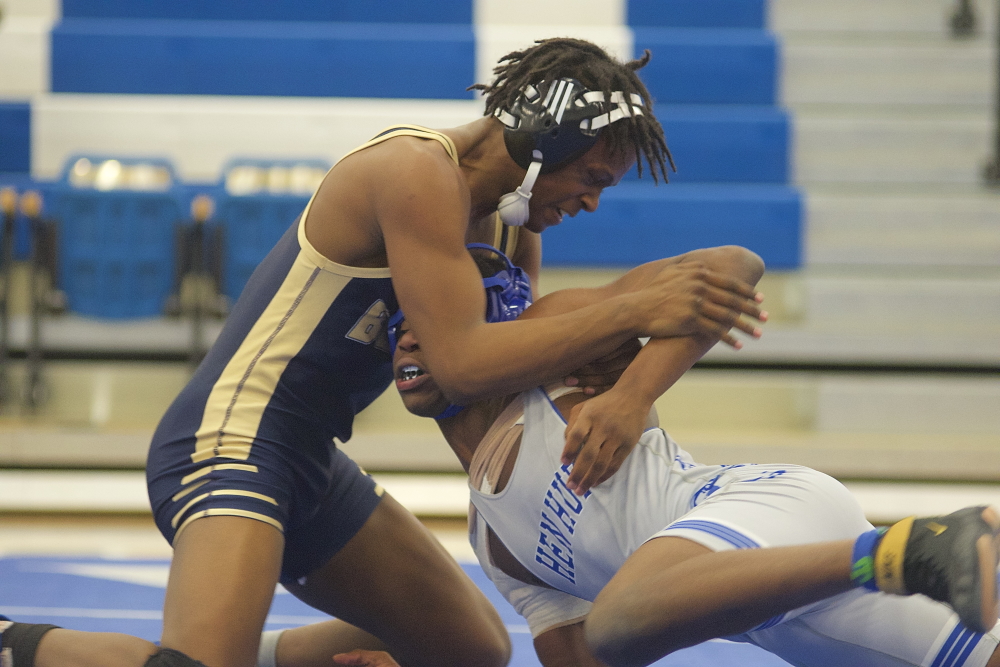 Beacon High School’s wrestlers hit the road on Tuesday (Jan. 14), traveling to Montrose to take on Hendrick Hudson. The Bulldogs, who were missing some grapplers due to illness, had to forfeit a number of weight classes and dropped a 59-18 decision.

Beacon (2-5) did pick up three victories, all by pins. Aaron Pegues won at 170 pounds, Lou DelBianco won at 285 and Chris Crawford won at 106. Crawford, a freshman who has already earned All-Section recognition, improved his season record to 23-3. 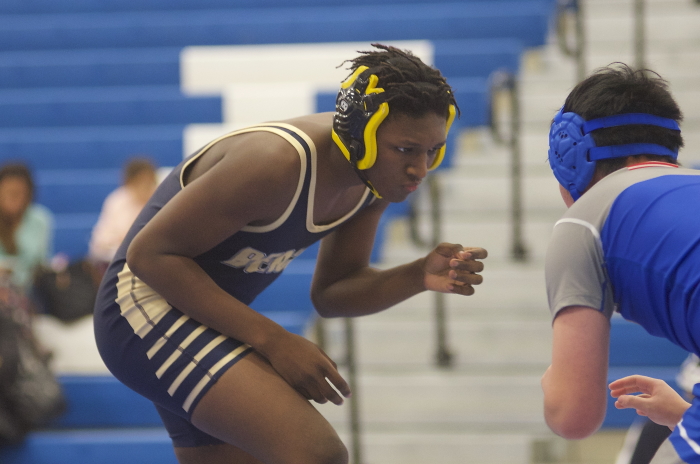 Aaron Pegues picked up a win by pin for Beacon at 170 pounds. (Photo by S. Pearlman)

“We’re dealing with some injuries right now, so we had to put some guys out there,” said Coach Ron Tompkins. “I didn’t expect to win the match, but we wrestled OK. We had a couple of close matches that we could have won.” 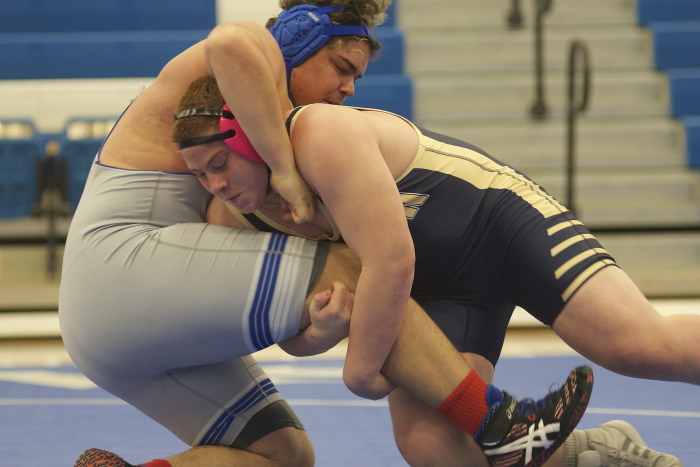 Tompkins liked what he saw from DelBianco, a sophomore. “Lou is my 220-pounder, and I pushed him up to super heavyweight since my super is coming back from an injury this week,” the coach said. “He wrestled one of our best matches. He got his points and stayed in control to improve to 10-2.”

Dortch fell to 9-3 but also wrestled up from his usual weight. “He had a great second and third period, but he gave up too many points in the first,” Tompkins said. “We’ll work on that.” 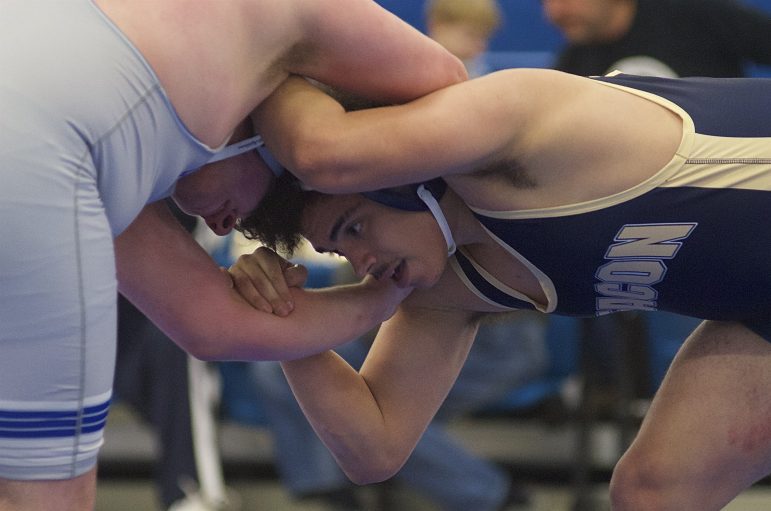 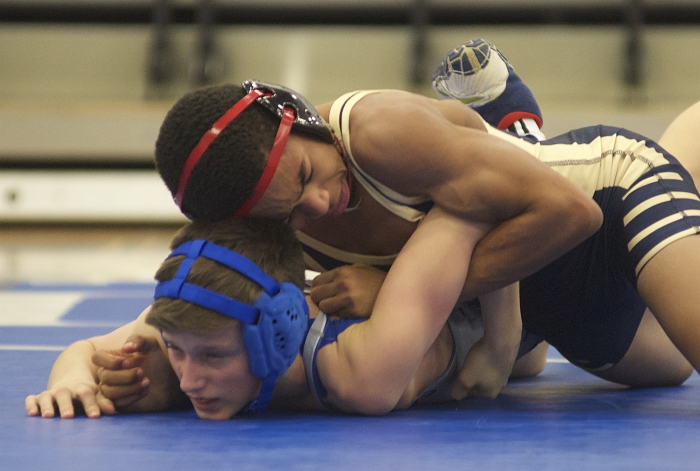 Beacon will host its own tournament today (Jan. 17) and Saturday before traveling to Somers on Tuesday (Jan. 21).