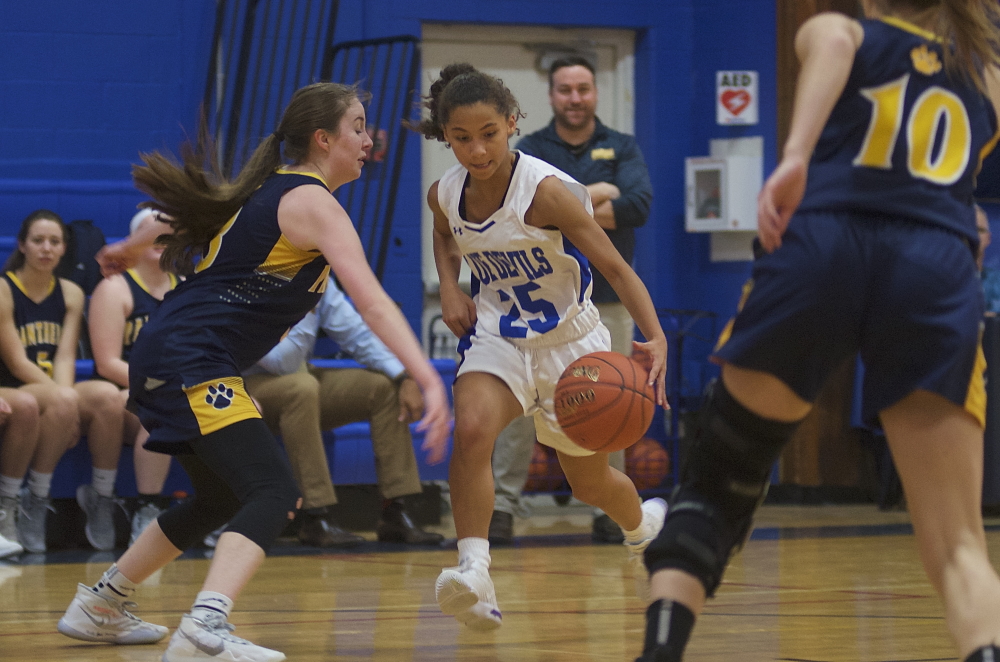 Coach: ‘Even down 20, they kept fighting’ 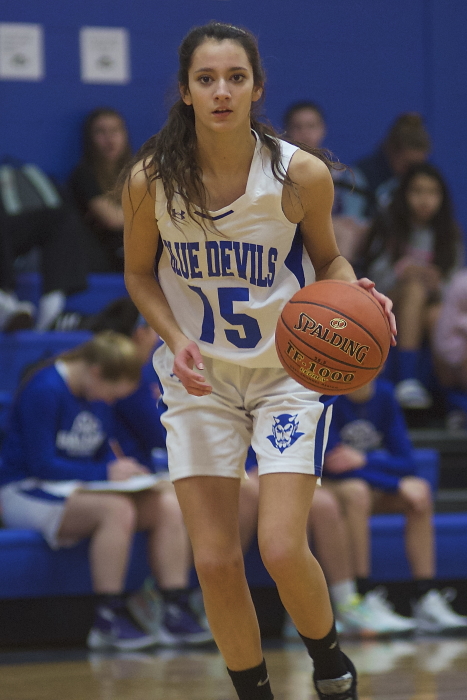 The Blue Devils (6-5) played well against Panas but were missing senior captain Bela Monteleone, who was out with the flu.

“Bela is one of our biggest contributors offensively and defensively, but all of the girls stepped up,” said Coach Jessica Perrone. “They kept coming back” from deficits.

Sophomore guard Maddie Chiera had her best game of the season with 18 points, four rebounds and three assists. Liv Monteleone added 15 points and grabbed nine rebounds, and Molly Siegel came up with 12 points to go with five boards.

“A sophomore stepping up in a game like that is impressive,” Perrone said of Chiera. “She’s hitting big shots when we need them. And Liv was a defensive force, did great rebounding, and does a lot to motivate the girls.” 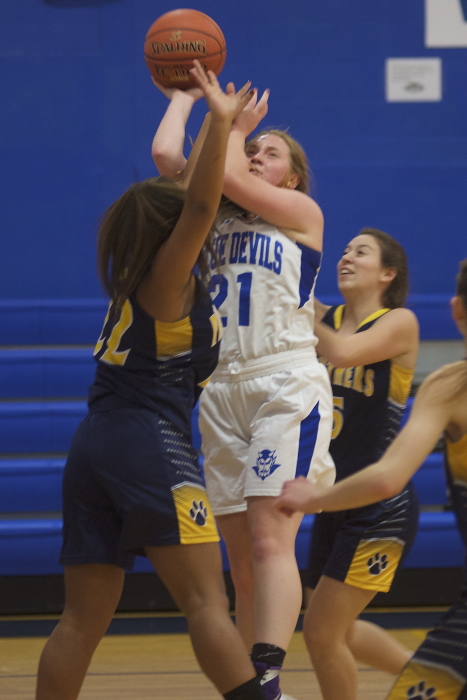 “We played awesome again,” Perrone said. “We came out ready, and we’re getting good offensive looks and meshing well. But we dug ourselves a hole in the first half, then we had foul trouble. Overall, we fought until the end. Even down 20, they kept fighting.”

Haldane was set to play today (Jan. 17) in a tournament at Peekskill against White Plains. The winner will advance to the championship game on Saturday at 4 p.m., and the loser to the consolation game at 11 a.m.